5 Crazy Things Hemp Can Be Used For 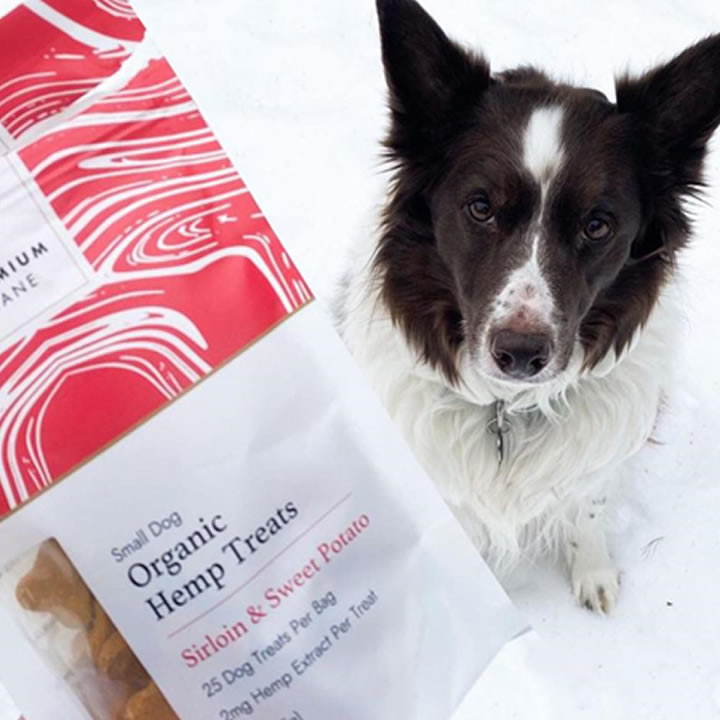 If you’re here, you likely know that hemp is the plant used to produce CBD oil and various other CBD products. This much is true – hemp contains an abundance of healthy cannabinoids but is low in THC, making it perfect for producing CBD supplements. However, its uses don’t stop there.

In a world where the environment is becoming increasingly important to us, sustainable practices and agriculture techniques are essential. Our consumption and spending habits are killing the planet, and we need to do something about it.

As it turns out, hemp has a huge number of sustainable uses that we could look to in a time of need. The Farm Bill 2018 has now legalized the cultivation of hemp throughout the United States – but what could we use it for now that we have it?

In this article, we check out five awesome uses for hemp that we think could help us to be greener.

First… What Actually is Hemp?

While hemp contains less than 0.3% THC, marijuana can contain up to 30% of this psychoactive compound.

When marijuana became outlawed at the beginning of the 20th century, hemp was unfortunately banned as well. But before its unfortunate demise at the hands of the law, human beings had a long and prosperous relationship with the hemp plant.

Hemp is a wild plant that first grew in Central Asia. Hemp fibers have been dated to 2800 BCE in China, and researchers also have evidence that it spread to Europe during the Middle Ages.

The plants can grow densely packed together with fairly little water, sometimes reaching as high as 2-3 meters. This meant that farming hemp was easy for our ancestors, who barely had to tend to hemp as it grew.

But why did humans take so kindly to hemp?

Well, the plant has a number of uses. First of all, the seeds are incredibly nutritious. Eating hemp seeds delivers a full source of complete protein, something that is hard to come by in plants. Alongside protein, you get essential fatty acids, vitamins, minerals, and nutrients.

The leaves and flowers can be brewed into tea, and they contain all the goodness of cannabidiol and other cannabinoids and terpenes. Aside from nutrition, the fibrous stalks can be used for building and textiles.

As you can see, the hemp plant has been incredibly valuable to mankind. It’s nothing less than a shame that it became prohibited alongside marijuana. And in fact, in some parts of the world, it is still illegal.

Thankfully, though, the 2018 Farm Bill has now brought hemp back into legal status. Now that we can grow it again (with restrictions), let’s check out some of the crazy uses for hemp.

1. Bioplastics Made from Hemp

Plastic is an enormous problem in the current world. Thousands of tons of plastic end up in our oceans, damaging the ecosystem and potentially our health. In fact, scientists aren’t yet sure just how much plastic we are consuming through our food.

Traditional plastic is non-renewable and non-biodegradable, which causes a huge problem for landfill sites.

Burning plastic is damaging the atmosphere and causing health problems in Asian countries, where many Western countries ship their plastic waste for it to be incinerated.

As it turns out, the cellulose fibers in hemp can be incorporated into bioplastics. Hemp contains around 65-70% cellulose, making it a good source. Bioplastics are made using hemp and a combination of other plant materials.

The resulting material can be up to 5 times stiffer and 2.5 times stronger than traditional plastic.

Unfortunately, bioplastics are currently a bit more expensive than their traditional counterparts. As such, we are unlikely to see bioplastics taking over the world in the next few years.

Given that we really need to tackle the plastic problem, though, we might start seeing more uses for bioplastic in the future.

You can probably guess what this is already – concrete made using hemp. It is made by mixing the woody hurds from hemp (harvested from the stalks) with other materials such as lime.

Hempcrete is lighter than other lime-based building materials, and it also has many other benefits.

Hempcrete is breathable, self-insulating, and can be carbon negative.

It’s ideal for use in walls but can also add extra insulation to existing walls. Hempcrete is sadly not strong enough to form a foundation, but using it in the building process could reduce the use of regular concrete.

France has been building with hempcrete since the 1990s, but building with it in the USA requires a special permit. Hopefully, this will improve in the future and we can look to hemp for building materials.

Speaking of buildings, hemp has a lot of uses in your house. Aside from building walls for an environmentally-friendly house, you can also use hemp products as eco-friendly insulation materials.

If you’re worried about the sturdiness of a hemp house and think you might sink right through a hemp chair, then don’t worry. Henry Ford made one of his first cars out of hemp – before the crop became banned, of course.

Just look to Nick Voase, a UK farmer whose house is made of hemp. Completed in 2015, the house is made using hemp building materials. It is warm throughout winter, cool in the summer, and is completely eco-friendly.

Nick is not the only individual to erect a house of hemp, either. Several of these homes are popping up throughout the world, including in Northern Ireland and Australia.

You’ve probably heard of CBD for pets, but what about hemp products for pets? Once again, this could be a move toward environmentally-friendly resources for your furry friend.

Hemp is often used in pet bedding as a sustainable alternative to cotton. It is quite well-known that hemp can be used in clothing; unlike cotton, it becomes softer the more you wash and wear it, and it is even more durable.

Plus, growing hemp has a lower environmental impact than growing cotton, which makes it a better alternative. Well, now you can also buy hemp products to replace the cotton in your pets’ lives.

Hemp bedding is soft, comfy, and temperature-regulating. In this way, it will ensure that your four-legged friend experiences the utmost in sustainable comfort.

There are now brands creating pet toys using hemp fibers, too. Since hemp is durable, you can rest assured that ‘Fido’ won’t rip his precious toy to shreds within just five minutes, meaning more playtime for you and your pet.

Finally, did you know that hemp could be used as a paper? Back in the day, most papers were actually made using hemp instead of trees. It’s been said that a draft for the Declaration of Independence was actually written on hemp.

If we switched to hemp paper instead of wood, it would significantly cut back on deforestation. Just one acre of hemp produces as much paper as four acres of trees every year. Plus, hemp can be repeatedly grown on the same land without depleting the soil.

You might be questioning why we don’t already use hemp for our paper needs. Well, logging companies are actually partially behind the ban on hemp – they pushed for the ban in order to flog their own product.

Now, we are simply used to getting our paper from trees and are a bit unwilling to try out things we’re not used to.

Now that hemp has been once again legalized in the USA, we could hope for a push back towards hemp paper.

Final Thoughts: Do We Need a Hemp Revolution?

The Farm Bill 2018 has made hemp legal to grow across the country. Nevertheless, we are not yet using the plant to the best of its ability.

It’s true that hemp can’t solve all of our problems. Of course, if we switched to using hemp for all of the things we talked about in this article, we would need to grow astonishing amounts of hemp to keep up with demand.

That could potentially do more harm than good in the long run.

However, growing more hemp than we do right now can never be a problem. All the different parts of the hemp plant can be used for different things, and making use of this impressive plant would help us improve our sustainability.

Rather than signing a bill into law that would demand all plastics be made using hemp, a simple commitment to use more bioplastics would be good enough. The same applies to everything else on this list.

At the end of the day, we could all do with using a little more hemp.