5 reasons why you should go for RTX 3080 graphics cards? 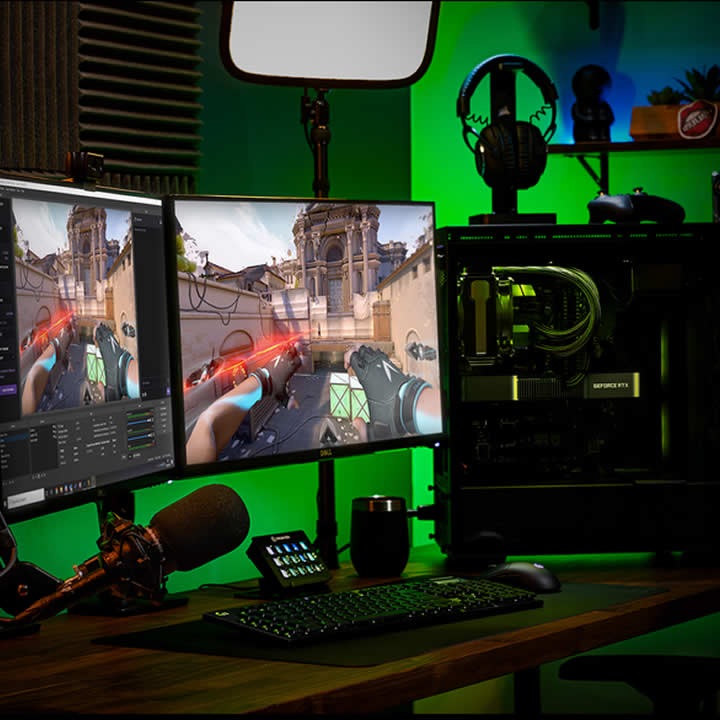 The RTX 3080 is the most powerful graphics ever made with an astonishing 8704 CUDA cores. Anyone interested in 4k gaming should go for the RTX 3080. It is a powerhouse of the graphics card. The RTX 3080 is based on Nvidia’s latest Ampere architecture. It delivers amazing performance and a strong gaming experience with a price low as the RTX 2080. RTX 3080 has a 50-80% boost in performance as compared to the RTX 2080 and a 20-30% boost in performance as compared to the RTX 2080 Ti. The RTX 3080 graphics cards come with better power efficiency and an affordable price. This means you can play most of the challenging games in 4k resolution without ever shedding a large amount of money. The RTX 3080 Founders Edition leaves its predecessors far back in terms of performances and being able to work in all kinds of advanced technology. This card is one of the best GPU upgrade ever. Following are the five reasons you should buy this graphics card.

Nvidia has introduced a new redesigned Founders Edition cooler for the RTX 3080. The RTX 3080 features a new unique airflow design with a dual push and pull fan with a v-shaped PCB. All the third party card does not have this feature. They use three fans on only one side of the card. This feature helps the graphics card to perform better. It even helps in reducing the noises from the card. The rear fan pushes the hot air via the I/O bracket on your card. And the fan mounted at the top pulls the cool air from the FE’s heat sink fins and into the top of your system case. The fans here exhausts the hot air out the back of your systems.

The RTX 3080 Founders Edition’s cooler tops at 79 degrees under gaming load. But it manages itself to run being silent. The RTX 3080 Founders Edition rises with thick black heat fins covered in beautiful pewter color cover. There is a white logo of GeForce RTX 3080 on the edge. The RTX 3080 FE feels very gorgeous and condensed in your hands. The heavy integrated design is not good at all, but the flow-through cooler would prove tricky in some systems. This card also features the custom PCB, which will require connecting with a 12 pin power connector. The adapter necessitates connecting it to 8 pin power connector. The RTX 3080 comes with 2nd gen Ray tracing cores and 3rd gen Tensor cores. It is based on Ampere architecture.

The RTX 3080 packs an astounding amount of 8704 CUDA cores, which is three times many from the previous generation. It is boosted from an outdated 14nm processor to Samsung’s 8nm node. The Tensor cores present in this card lacks in amount but they are twice as powerful as the previous generation. It bumps up the power requirements with 320 Watts TDP with an eight-pin power connector. It should have more PSU power and a six-pin power connector. The new 12 pin power connector comes with an adapter that turns the 2 eight-pin power connectors into one 12 pin power connector. As a result, it retains its smaller size without any issue or lacking in performance, and a PCB that can be connected to any classic power supply. The RTX 3080 features 10 GB of GDDR6X video memory. It uses new ways to boost the memory bandwidth from 14GBps to 19GBps. This card has three display ports and one HDMI 2.1 port. The RTX 3080 comes with AV1 decode that supports 8k streaming much efficiently and faster.

DLSS and Ray tracing and 4K

On the Ray tracing side, Nvidia claims that the RTX 3080 comes with the 2nd gen RT cores. These RT cores pack some improvements such as the double ray triangle intersection throughput. The Ampere also brings up the 3rd gen Tensor cores. The streaming multiprocessor SM of Ampere features half of the tensor cores per each Streaming Multiprocessors. This means, each Tensor core is faster and all SMs delivers the same performance. The RTX 3080 is faster in 4k with ray tracing turned on. Here is a 30% performance boost compared with 2080 Ti, and it also makes the games playable at 4k with ray tracing at ultra-settings. In Metro Exodus, there is a 61% performance drop with Ray tracing enabled. It suggests that overall the RTX 3080 is faster for ray tracing. In the Shadow of the tomb raider, with 4k at ultra-settings, the RTX 3080 gets closer to being a 4K at 60 Fps card with ray tracing enabled. This card is more capable of playing at 1440p with ray tracing enabled. DLSS is a technology that used the AI technology of Nvidia to train the games which support running anti-aliasing. For DLSS 2.0, it provides a better performance boost at the same quality of its visuals.

The Nvidia GeForce RTX 3080 conquers over everything which shows upon it. If you want 60 frame rates at 4k with a refresh rate of 144HZ and a monitor with a resolution of 1440p and every visual setting turned to Ultra, this is the card you will need. This card will fulfill all your gaming requirements very easily. The Nvidia RTX 3080 is almost or above 80 percent faster in many games at 4k resolution than the RTX 2080 which is similar in value. It is 25 to 30 percent faster than the RTX 2080 Ti. This card conquers over 2080 in 1440p also. With ray tracing and DLSS enabled, playing at 4k or 1440p over 60 frame rates is now possible with this graphics card.

However, the majority of the gamers use the 1080p monitor and the Nvidia RTX 3080 would be the best purchase to combine it with an HD display. With the GeForce RTX 3080, and turning all your visual settings to maximum, still manages to run smoothly without any lagging issues. It somehow maintains some advantage over the RTX 2080 and 2080 Ti at 1080p. If you have a 1080p display with a refresh rate of 40HZ to 60HZ, you will still get a better gaming experience. The new technology of Nvidia: Nvidia Reflex, helps you to attain lower latency in most of the challenging games.

That was all you need to know about the high-end RTX 3080 GPU. It is incredibly fast and offers the best gaming experience at a quite low affordable price. This card can elevate your PC gaming experience to the next level. The RTX 3080 is a card that supports 4k gaming at 60 fame rates with ray tracing and DLSS turned on. It is also capable of running games at 4k with 1440p and 1080p. Made with the latest Ampere architecture, this card also has some other features including Nvidia Reflex which reduces the latency In games, and the AV1 Decode which helps it to work faster and efficiently.