5 ways to cope when with you’re overwhelmed with anxiety

It’s thought up to a third of the population will suffer from an anxiety disorder or panic attacks at some point in their life.

The Mental Health at Work Report 2017 discovered 60% of employees have experienced a mental health problem due to work but only 11% of people surveyed felt that they could talk to their boss.

According to the UK Mental Health Foundation, symptoms of anxiety make up 30% of GPs’ mental health caseload

Some have even described anxiety as ‘Britain’s silent epidemic’ and experts say there is still a substantial stigma surrounding mental health, especially when it comes to the workplace.

Chloe Brotheridge, Harley Street hypnotherapist and best-selling author of ‘The Anxiety Solution’ revealed it’s the most common issue her clients come to her for help with.

She told Women’s Health the first step to feeling better is to acknowledge that there’s an issue. And while it’s important to seek help from your GP if you feel you need to, she has suggested the following self-soothing methods.

Here she outlines the five methods she considers best for coping with anxiety.

‘It may not be a long-term solution, but distracting yourself can dial down the intensity and help break patterns of anxiety,’ said Chloe.

She suggested that when you first notice anxious thoughts beginning to race in your mind, tell yourself to stop.

Then quickly find something else to do. She suggests calling a friend, exercising or doing something creative like writing.

‘Controlled breathing short-circuits anxiety in the brain by activating the parasympathetic nervous system – the opposite of the ‘fight or flight’ response,’ Chloe explained.

She recommends you try breathing in, and watching your belly as it expands and flattens as you exhale. This encourages you to be mindful. Do this for a count of seven and then out for a count of 11 for a few minutes or until you feel calm.

Earlier this year, a scientific study has shown how slow breathing induces tranquillity.

Researchers at Stanford University School of Medicine identified a small group of neurons that communicates goings-on in the brain’s respiratory control centre to the structure responsible for generating arousal throughout the brain.

3. Remember your thoughts are not facts

She warned that human beings have a tendency to think the worst. We can sometimes take offence and imagine friends or colleagues are upset or annoyed at us when there is no actual evidence for it.

4. Write down your feelings 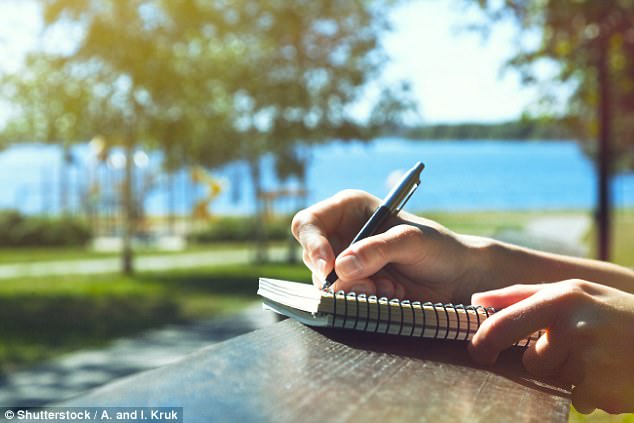 PRESSURE ON WOMEN TO ‘HAVE IT ALL’ RISKS BURNOUT

The stress of modern life is taking its toll on the health of young women.

That’s according to a study that reveals twice as many females nowadays are at risk of burnout compared to almost 30 years ago.

In contrast, men rated their health as better at the end of the study period compared to the start.

Scientists say the findings could have implications for their long-term health as they are more likely to develop disease as they get older.

Chloe suggests that you write a ‘stream of consciousness’.

That means allowing your thoughts to flow as unstructured, unedited writing that reflects your observations or your feelings.

She says this not only helps you put your problems and fears in perspective, but the physical act of writing also impacts the subconscious mind by encouraging feelings of wellbeing.

It can be helpful to state these in the present tense – it helps you live in the moment. If you are anxious you are living in the future – which doesn’t really exist. All we have is the here and now.

Write down your anxieties and then think of a ‘rational response’ to them.

This works by reconditioning your mind to see things more rationally.

For instance, you may feel that you’re a failure at work. But are you simply focusing on the negative and overlooking your achievements? What is the evidence that you’re not doing well?

Then you can reframe thinks more sensibly. It may be that you have certain areas ti improve on or one presentation did not go as well as it could have. It will help you see it’s not the end of the world.