The Starz series ‘Power’ has shut down production after one of their crew members, Pedro Jimenez, was killed in an on-set accident early Monday morning in New York City.

Production assistant Jimenez, 63, was setting up cones in Brooklyn at about 4.20am when he was hit by a 2006 Ford Explorer. The driver remained on the scene.

Jimenez was transported to Brooklyn Hospital where he was pronounced dead.

Executive producer and actor, 50 Cent, released a statement on Facebook following the news of Jimenez’s passing.

‘I just learned we lost Pedro Jimenez, a member of the Power production team early this morning. My prayers and condolences are with the entire Jimenez family,’ the rapper and producer wrote in the post.

Production assistant Jimenez, 63 (not pictured) was setting up for a shoot in Brooklyn when he was hit by a car while setting up cones. Executive producer and actor 50 Cent (pictured left) paid tribute to him on Facebook. The production was halted for the day following the tragedy 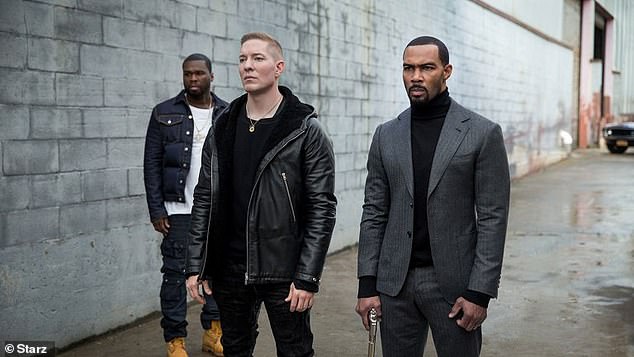 50 Cent, who is an executive producer and actor on the show shared his condolences to the family on Facebook

‘We are deeply saddened by the loss of one of the members of our ‘Power’ family,’ a Starz spokesperson said in a statement, according to Variety.

‘Our thoughts are with Mr. Jimenez’ family as we work to fully understand what has happened.’

Jimenez has been working with Power family since they began filming in 2014.

Power is one of Starz’s most popular programs and is going into its sixth season. Production goes on hiatus for the holiday season, it is unclear if they will restart again before the holidays.