50 Cent has vowed to stop feuding following the tragic death of Kobe Bryant.

The 44-year-old rapper, real name Curtis James Jackson III, took to social media Monday after Kobe died age 41 in a helicopter crash Sunday along with his 13-year-old daughter Gianna and seven others.

He posted: ‘i feel like i have to achieve what i want in life now after this. i have to focus, i’m not arguing with anyone anymore I’ll deal with it another way if there’s a problem.’

The Power star included a short video clip of him and Kobe embracing on court during a January 2014 game between the Los Angeles Lakers and New York Knicks at Madison Square Garden.

Extra host Billy Bush, 48, spoke with 50 on Wednesday about his tribute to Kobe.

‘I’m just not going to argue with people anymore. …Those arguments were part of the competitive nature of hip-hop culture, just being competitive we would go back and say things back and forth,’ 50 said.

He added: ‘I’m just not going to argue. …I got a new way to respond, I’m like, ”Brother, why is my inner peace interrupting your demons?”’ 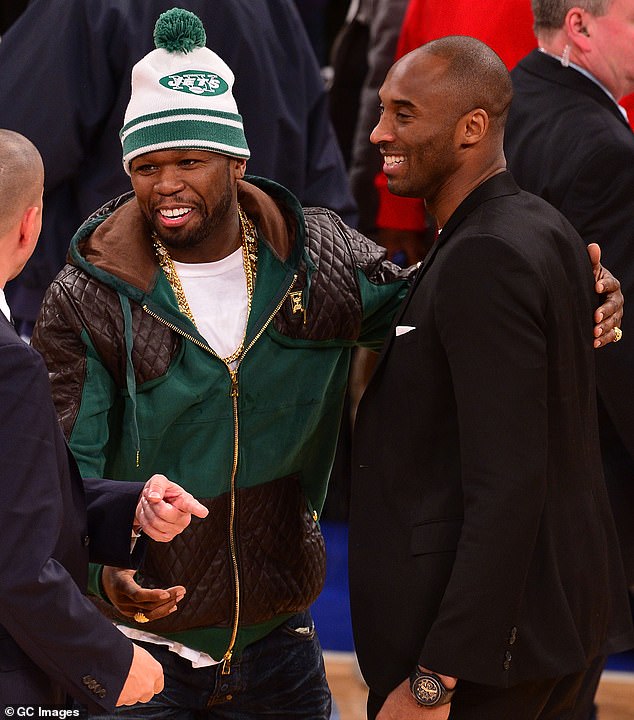 On court: Kobe is shown with 50 Cent in January 2014 at Madison Square Garden in New York City

The rapper also recalled his encounters with Kobe while reflecting on the photo with Lakers star in New York City.

‘I met him a few times, that was in Madison Square Garden. I was sitting right next to Meryl Streep. He came across, said, ”What’s up?” and said, ”Come back after, like at halftime”.’ 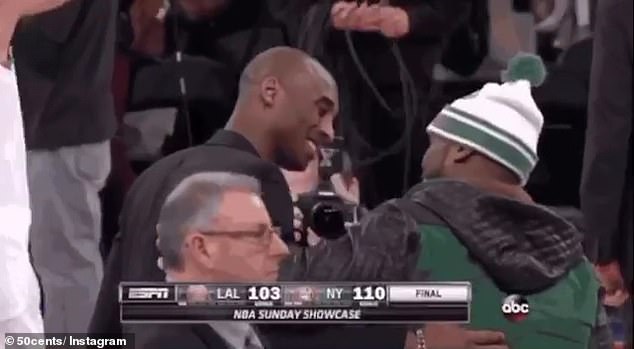 Meeting up: 50 Cent recalled meeting Kobe at the Garden where he was sitting with Meryl Streep 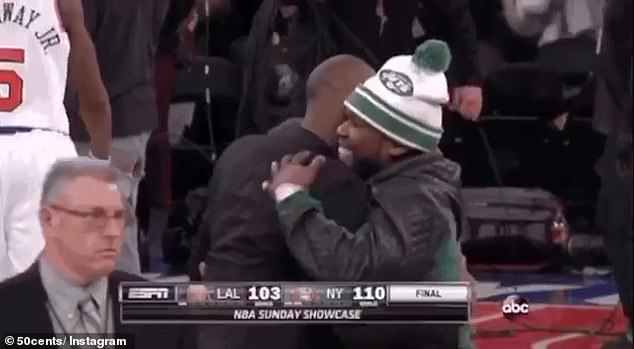 Big smile: The rapper smiled as he and Kobe embraced on the court 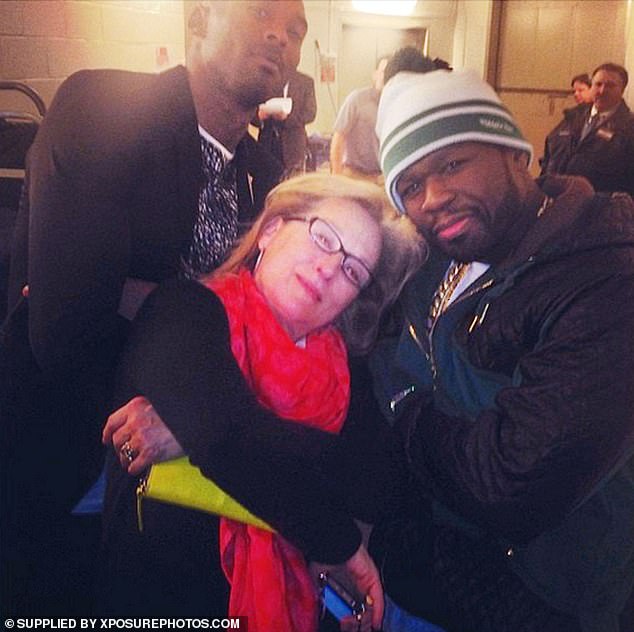 Talented trio: Kobe, Meryl and 50 Cent spent time together at the Knicks game

The G Unit star described Kobe as, ‘The nicest guy. …His aura was really bright.’

50 notoriously took to Instagram in April 2019 to detail a $1 million dispute with producer Randall Emmett, 48, that escalated to an online feud with Randall’s girlfriend Lala Kent, 30.

The rapper made Randall a viral laughing stock after he shared grabs of messages between the two where the producer told 50 that he was having a health crisis and headed to an emergency room, adding, ‘I’m sorry fofty.’

50 also has a long-running feud with talk show host Wendy Williams, 55, that has been going on for years. 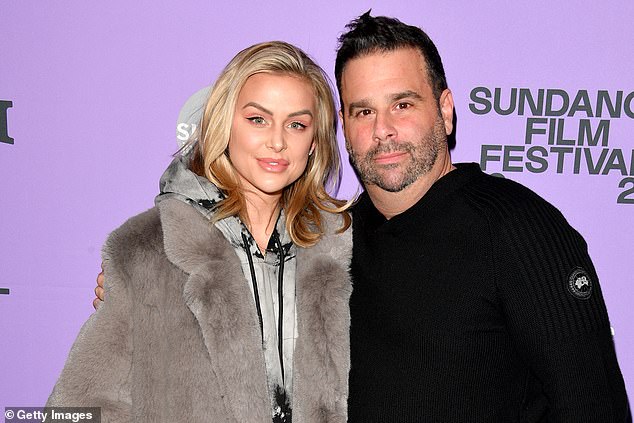 Infamous feud: Lala Kent and Randall Emmett, shown Friday in Park City, Utah, were locked in an online dispute with 50 Cent in April 2019 over a $1 million dispute