May 29, 1968. Half a century later, it is still remembered as the proudest day in the history of Manchester United.

On a balmy night at Wembley in front of nearly 100,000 fans, United’s 4-1 win over Benfica after extra-time saw Matt Busby’s team become the first English club to lift the European Cup.

It brought justification for Busby’s battle with the football authorities to enter a team in European competition a decade earlier, and a fitting reward for the work put into rebuilding the club in the devastating aftermath of the Munich Air Disaster of 1958. 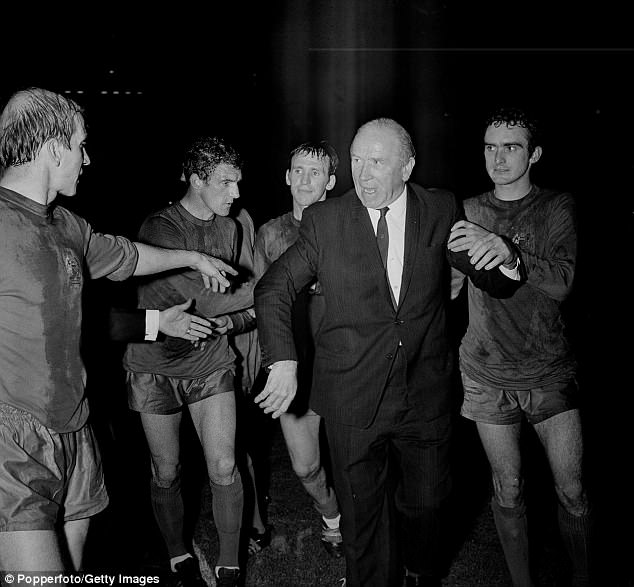 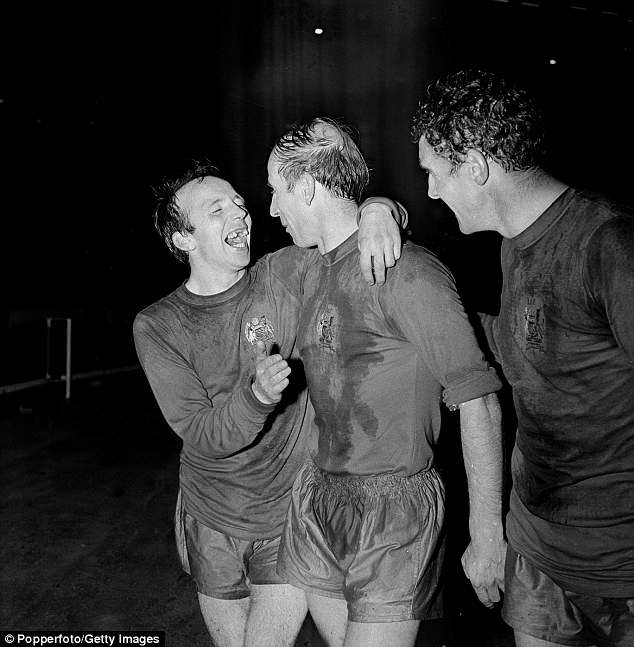 The players could sense the spirit of Munich driving Busby towards glory, even through the early rounds of the competition against Hibernians, of Malta, Sarajevo and Polish club Gornik Zabrze.

‘We were a team, but the great man – Matt Busby – had made us a family,’ says goalkeeper Alex Stepney. ‘For us to accomplish that for him, and for all the other people caught up in the Munich tragedy, was so, so important.

‘When we started out in the autumn of 1967, nothing was said about doing it for the lads who had died, but we all knew, without words, that there was this extra dimension because the manager and two of his most trusted players – Bobby Charlton and Bill Foulkes – had survived the crash.

‘There was also the notion that, given Matt’s age and all he had been through, possibly it might be this side’s last chance. To see the scars on his chest brought home to us the enormous trauma he had experienced at Munich.’ 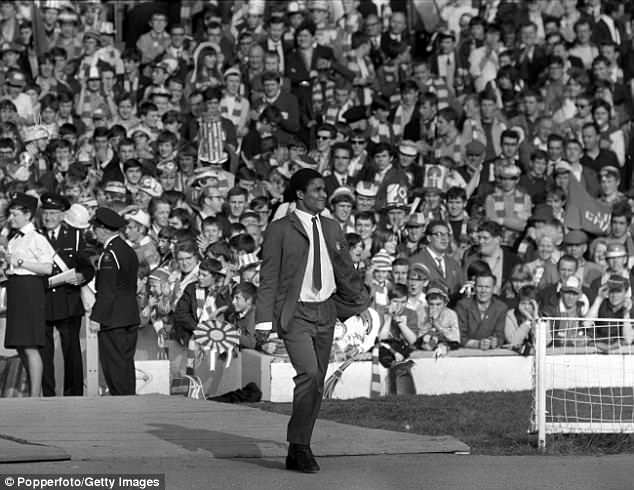 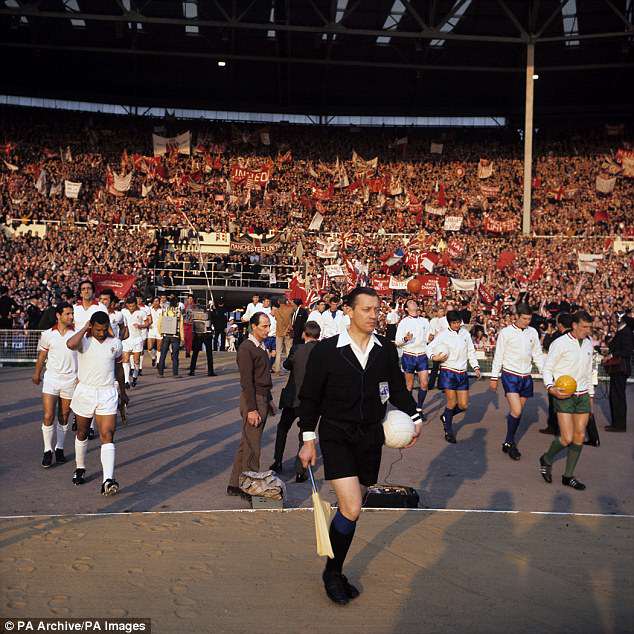 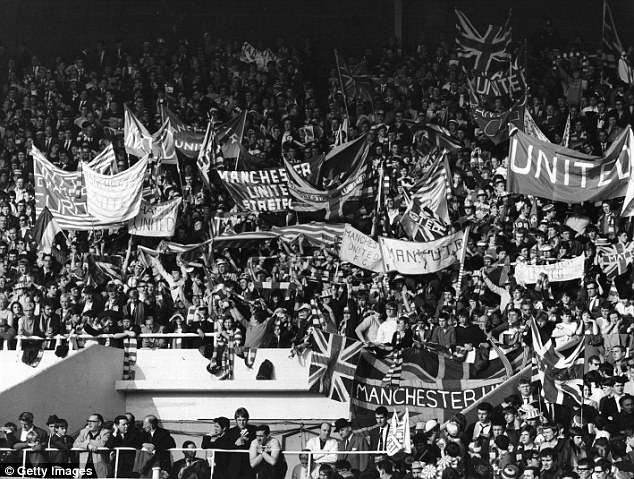 Nearly 100,000 fans gathered at Wembley while another 250million viewers watched at home

Alex Stepney (goalkeeper) Played for United for another 10 years following his heroics in the 1968 final. Now an after-dinner speaker.

Shay Brennan (right-back) Returned to Ireland two years later and signed for Waterford. Died at the age of 63 in 2000 after suffering a heart attack while playing golf.

Tony Dunne (left-back) Ended his career with Bolton and Detroit Express and continues to live in the Manchester area where he ran a driving range before retiring.

Bill Foulkes (centre-back) Retired two years later and went into coaching in the USA, Norway and Japan. Died at the age of 81 in 2013.

Nobby Stiles (left midfield) Left Old Trafford three years later and ended his playing career with Middlesbrough and Preston, managing the latter. Has been battling Alzheimer’s for some time.

George Best (right wing) Played for United for another six years but a potentially glittering career was already suffering the effects of alcoholism that led to Best’s early death in 2005 at the age of 59.

Brian Kidd (centre-forward) Went on to play for Manchester City, Arsenal and Everton. Returned to Old Trafford to witness more glory as Sir Alex Ferguson’s No.2 and now a key member of City’s coaching staff under Pep Guardiola.

Bobby Charlton (centre midfield) Left United in 1973 but has enjoyed a lifelong association with the club. Became a director in 1984 and still represents United as an ambassador.

John Aston (left wing) Went on to play for Luton, Mansfield and Blackburn before retiring from football and opening his own pet shop in Stalybridge.

Paddy Crerand recalls it being on the players’ minds when Busby and his assistant Jimmy Murphy gave an inspirational half-time team talk in the Bernabeu with United losing the semi-final to Real Madrid 3-1 on the night and 3-2 on aggregate. They rallied to win 4-3 and clinch a place at Wembley with Foulkes, a 36-year-old defender, scoring the dramatic winner.

The final took place against a backdrop of disappointment after Busby’s team lost two of their final three league games to concede the First Division title to Manchester City.

But United gathered at their Surrey hotel base confident of beating two-time European champions Benfica to claim the famous trophy that had been lifted by Jock Stein’s Celtic 12 months earlier. 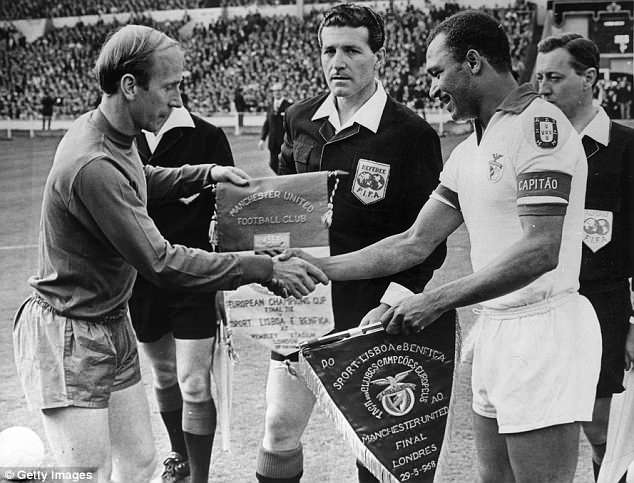 United captain Charlton exchanges pennants with Benfica captain, Coluna, before the kick off 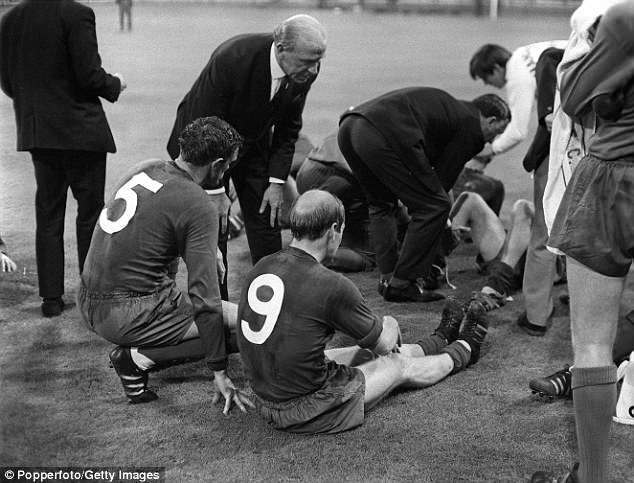 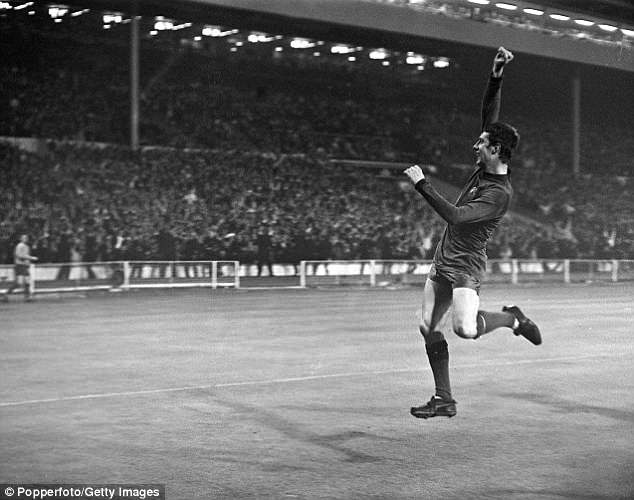 A match watched by 250million viewers worldwide – the biggest TV audience since the World Cup final at Wembley two years earlier – witnessed a goalless first half with no hint of the drama that was to follow.

Charlton headed United in front from David Sadler’s cross eight minutes into the second half, but Jaime Graca equalised for the Portuguese club 11 minutes from the end.

The defining moment of the game came late on when the great Eusebio was sent clean through on goal and tried to blast the ball past Stepney.

‘His ferocious shot cannoned into my chest – I tell everybody that the Mitre logo is still imprinted on my skin – and I managed to hold on to it,’ says the United keeper.

Busby and Murphy were again called upon to raise their players for one last push for glory, and United responded by scoring three times in the first nine minutes of extra-time to break Benfica’s hearts. 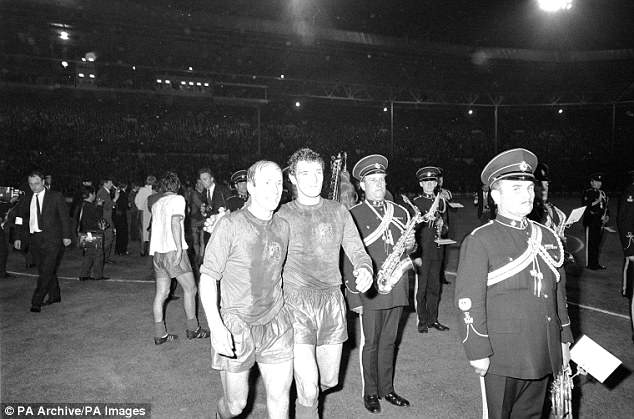 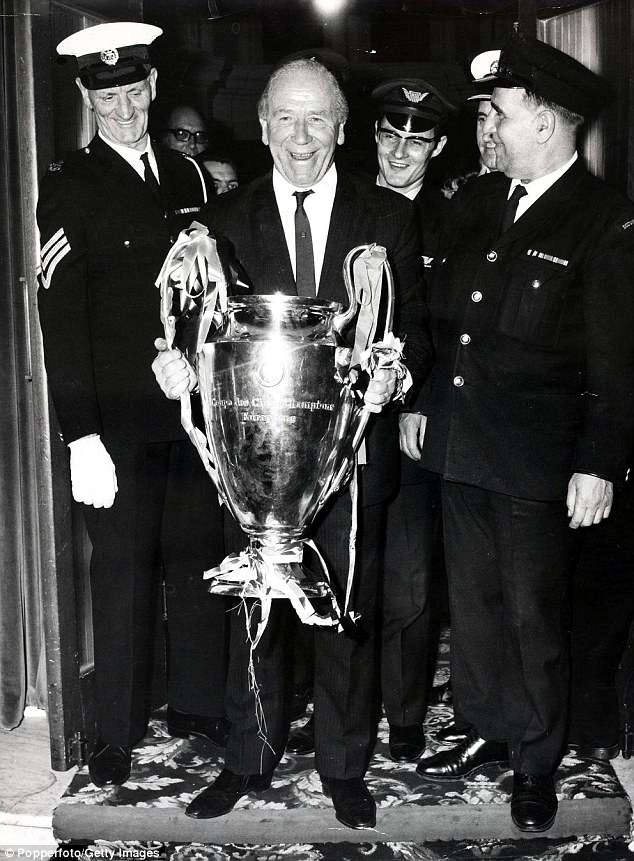 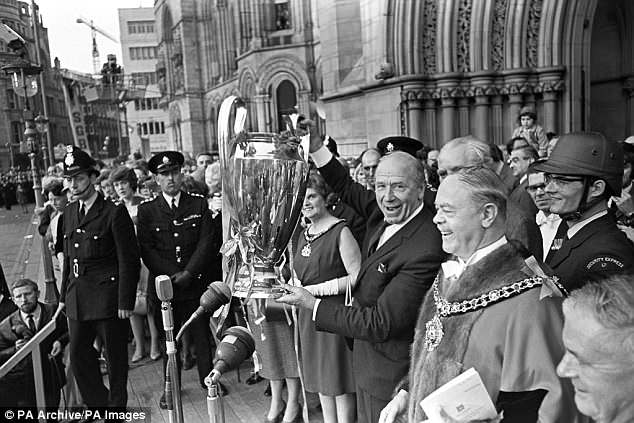 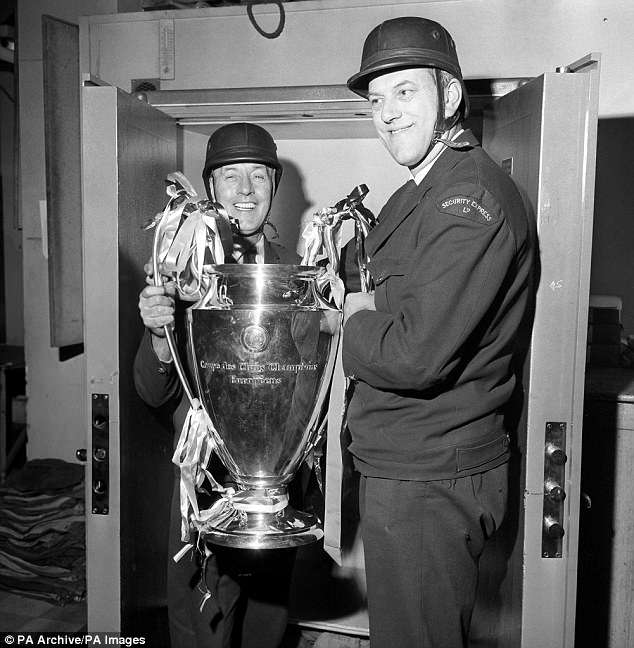 George Best rounded goalkeeper Jose Henrique to restore United’s lead, Brian Kidd scored on his 19th birthday to make it 3-1 and, fittingly, Charlton put the seal on United’s triumph when he claimed his second of the night.

The usually reserved Charlton could not contain his emotions and sought out Busby at the final whistle to hug his manager.

‘I recall what it meant to embrace teammates who had been involved for so long,’ he said. ‘Especially Bill Foulkes because, like me, he had been on the snowy airfield and seen our team, our friends, destroyed.’

For Charlton and United, it was the end of a hugely poignant chapter in the club’s history; one that had started in tragedy at Munich and ended in triumph at Wembley a decade later.