This is the terrifying moment a free standing air conditioning unit comes crashing down on a 10-year-old girl as she does the splits during a dance class.

A video taken by a member of the school shows the pupil buried underneath the 110lb (50kg) machine after it had smashed onto her.

The child’s two front teeth were broken in half by the accident, which took place in southern China. 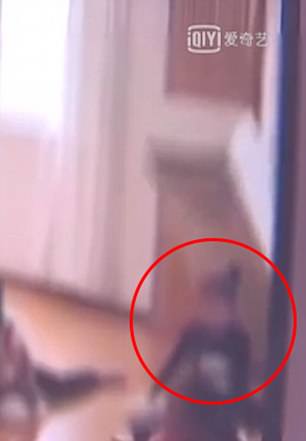 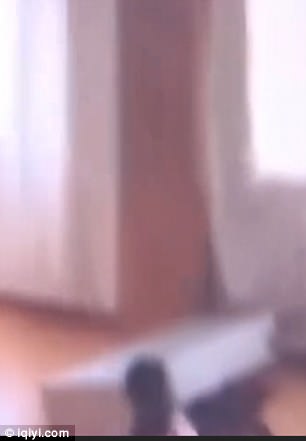 Girl, aged 10, does the splits as the 110lb air conditioning unit comes crashing down on her

The incident happened in the southern Chinese city of Shenzhen in December last year, but was only reported by Chinese media yesterday.

The footage was filmed by a member of the school for practice purposes at the time.

Mr Peng, the child’s father, was seen crying in a video interview with Guangdong Radio and Television, saying that he has been unhappy with the way the school managed the accident.

‘There is no way you can restore the original teeth, so they need to give my daughter back the best teeth possible.’

He also said that after further inquiries, other dentists have said that braces shouldn’t be fitted until at least a year or year and half after the accident. 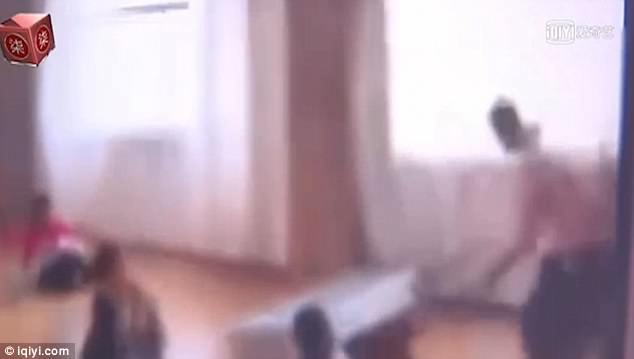 Teacher rushes to the girl, who as a result has her two front teeth broken in half

Questions have been raised about how such a heavy device could have collapsed so easily, given the obvious dangers in a school and health and safety implications in a dance studio.

The video also shows a billowing curtain from a gust of wind blowing in the adjacent window just before the accident, raising the question of whether that triggered the fall.

The deputy head master of the school mentioned in an interview with Guangdong Radio and Television that the ‘wooden flooring’ may be to blame, since ‘vibrations’ from more than ten dancing students may have shaken the standalone device.

He admitted that the school ‘might’ have been at fault for not undertaking proper safety checks.

The case is still being investigated by the authority.