54% drivers think they can get away with dangerous driving

More than half of motorists think they can get away with dangerous driving due to a lack of police on the roads, according to a report.

Following a sharp decline in the number of traffic officers, 54 per cent believe they would escape prosecution if they used a hand-held mobile phone behind the wheel.

And 55 per cent are convinced they would not be stopped for driving a vehicle in a dangerous or defective condition.

The poll of 19,500 drivers by the AA also found that 65 per cent believe they are unlikely to be pulled over for offences such as tailgating or middle lane hogging,

AA president Edmund King described the findings as ‘worrying’ and called for ‘more cops in cars’ so that people are deterred from breaking driving laws.

A poll of 19,500 drivers by the AA found that more than half believe they can get away with dangerous driving because of a lack of police on the road

The number of roads police officers fell by nearly a third between 2007 and 2017 from 3766 to 2643, recent Freedom of Information requests sent by the Press Association revealed.

This is reflected in the perception of motorists, with more than two out of five (43 per cent) thinking the police have no visible presence on motorways. This increased to 65 per cent for local roads

As the police presence on the roads has declined, fines for some minor offences such as driving in bus lanes and stopping in box junctions has soared as drivers are caught out by a huge network of CCTV cameras.

Mr King said: ‘It is worrying that drivers feel that a lack of police officers on the roads means they think they can get away with careless driving and other serious motoring offences.

‘What is clear is that camera enforcement is seen as an actual deterrent, but Big Brother can only do so much; we need more cops in cars.

‘With a significant drop in specialist traffic officers, it may prove to be difficult to ensure safety to everyone on our roads.’

A recent report by the RAC Foundation estimated that drivers are paying more than £1billion a year in fines. 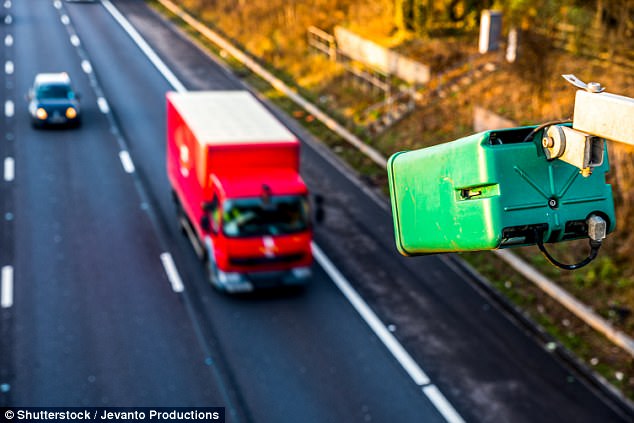 AA President Edmund King said: ‘What is clear is that camera enforcement is seen as an actual deterrent, but Big Brother can only do so much; we need more cops in cars’

It found that around 12million penalty notices are handed out annually – the equivalent of one every 2.5 seconds.

It means that close to a third of Britain’s 40million motorists are being hit with fines.

The report looked at the most recent data available from the year 2015/16. It found that around 8million penalty charges were doled out for parking offences in England and Wales, with another 2.5million for traffic offences such as driving in a bus lane or stopping in a box junction.

Of the remaining 1.5million fines, one million were issued by police for speeding or running a red light. Half a million were dished out for other offences such as failing to renew a driver’s licence and not having insurance.

Despite concerns that genuinely dangerous drivers are allowed to get away with it, only 45 per cent of drivers polled by the AA believe Highways England traffic officers should be given more powers.

Mr King said this shows drivers ‘want more police on the streets to catch and prosecute drivers breaking the law’.