6 Of Football’s Greatest Wins For Underdogs 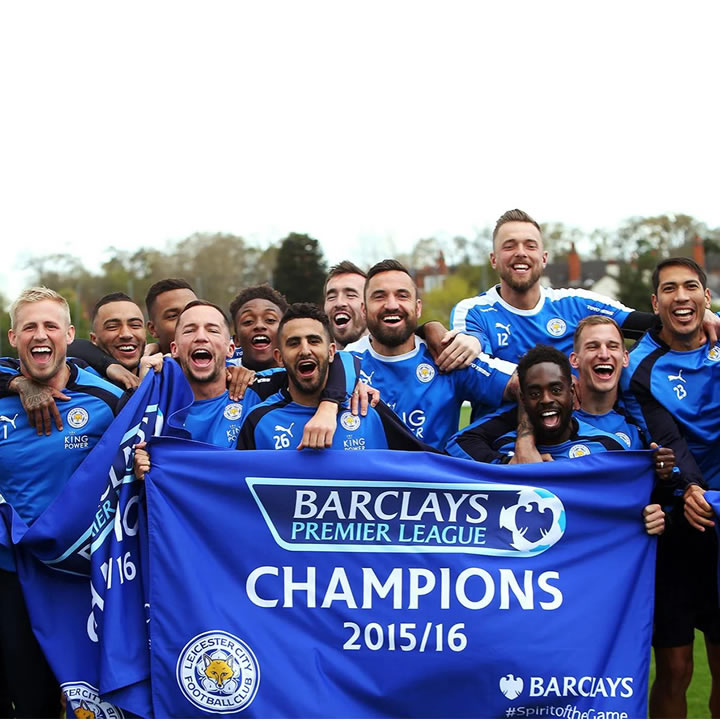 There’s nothing more satisfying as a neutral than watching an underdog come out on top. With world football dominated by a select few very rich and prosperous clubs, it’s nice to see some of the unsuspecting teams go on to cause some upsets. All too often you find people supporting the bigger nations or more famous club teams with little attention-getting paid to the smaller clubs outside of their community fanbase.

Whilst it doesn’t happen very much, every once in a while a football team throws an absolute blindside to the rest of the footballing world and defies the odds, compromising the bookies and providing some top-quality entertainment for the masses. We are going to have a look at 6 of the greatest wins for underdogs that football has seen.

Whilst some claim that it was a bit of a cheaty run with some dodgy decisions in both the round of 16 and the quarter-final, others will say regardless of the controversy, the South Korean national team making it to a World Cup Semi-final is nothing short of gobsmacking.

The Koreans would brush aside Spain and Italy after narrowly getting out of their group, beating a strong Portugal side with Luis Figo at the helm. Many claims that there was some form of tampering going on but this South Korean side shouldn’t have even made it out of the group never mind through the later knockout stages. This alone is a feat worthy of remembering.

Following a 14th place position the season before and the Qatari take over at PSG, it seemed that Montpellier would be closer to fighting in a relegation battle than challenging for the Ligue One crown.

However, during a remarkable 2011/12 campaign, with a certain Olivier Giroud leading the charge, Montpellier would shock not only French football but European football by topping the French league by 3 points.

For this mention, you will have to go back a fair bit to the old English First Division. It would see the newly promoted Nottingham Forest nip and steal an infamous league victory. It is similar to the likes of Aston Villa or Leeds winning the league nowadays.

This team, headed by Brian Clough, hadn’t even won the Second Division – they came third! – but would surpass all expectations and take the crown of English football. They beat a Liverpool side who were the best in the world and would go on to gain domestic cup success as well as European success. From seemingly nowhere, a giant of English football was born.

This tale of Denmark winning the Euros will not be outrageous to me. Not because it is a classic tale of the underdog rising to prominent success. But more so because Denmark wasn’t even meant to go to the tournament. That’s right, they hadn’t even qualified. Only getting into the tournament by proxy due to the Yugoslavia war breaks out which saw sanctions placed on them. With Yugoslavia out of the tournament, Denmark was able to slot right in and would go on to win the blasted thing. Riding a wave of momentum, the Danes would brush past all opposition including beating a strong German side 2-0 in the final. Crazy scenes.

Greece was pitted against some of Europe’s top teams during their 2004 Euros run and would go on to come out on top. Such performance and consistency go to prove that this bunch of Greeks played a blinder, it wasn’t just a fluke. Not only would they defeat the Golden Generation of Portugal twice (who were tipped to win it), Greece would draw with Spain in the group stage and go on to beat a strong French team fuelled by the likes of Zidane and Henry.

These big names were no match for the resolute Greeks who were far from playing nice football. But their effective defence allowed a number of 1-0 victories and propelled them to a freak win at the Euros and one of the best underdog stories in footballing history.

Not only is it the best underdog story in all of football, but potentially sport in general. Leicester City would provide a 5000/1 upset winning of the Premier League in the 2015/16 season piping strong Liverpool and Manchester City sides to a famous league victory.

Before Leicester marched onto success no other club had broken the money fortress which had propelled the ‘Big Six’ into relative comfort. The Foxes had finished 14th the previous season and had failed to beef up their squad, only managing to employ a new face as a manager. It would be Ranieri who would manage this team through a mesmerising campaign of resolution and momentum.

Whilst many kept expecting the Leicester bubble to burst, it just never did and the team continued to brush aside fierce opponents. The performances from key players and alignment of form and lack of injuries allowed Vardy, Kante and co to pull out the best underdog story ever.

A true romantic fairytale, it really does give some substance to the age-old quote, in football anything is possible. When gambling on Leicester on that incredible season an over 1.5 mega bet would be a safe start due to the amount they scored and conceded that season.