The 60 Minutes journalist welcomed her first child, baby boy Mack, into the world in January.

And while Allison Langdon says she’s loving motherhood – and has the Instagram posts to prove it – the lead up wasn’t all sunshine and roses.

The 37-year-old revealed in a column for 9Honey that she had continued her jet setting job well into pregnancy – making for some mortifying moments.

In her first trimester, Ms Langdon said she was overseas for ‘all bar two weeks of the first trimester’ filming stories in 12 different countries all over the world.

Welcome! After giving birth to her firstborn son, Mack James Willesee last month, Allison Langdon (pictured) reflected on being pregnant and an on the road journalist at the same time

‘The jet lag alone was a killer, but add to that the exhaustion of being pregnant – well no wonder sleep deprivation is used as a method of torture,’ she joked.

And while pregnancy alone had seen her almost lose her breakfast on a Chinese lawyer, she claimed most of her ill fates were the result of a hurt rib and pregnancy combination.

Five months in, the journalist had been exercising when she displaced a rib. The injured bone combined with the increasing pressure a growing baby has on your organs made for a very painful final four months. 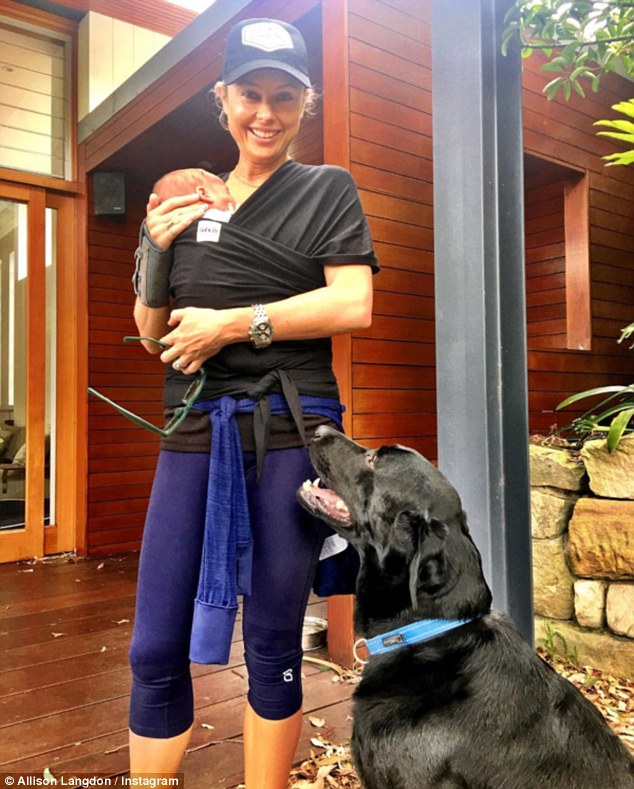 Up and moving! Five months in to her pregnancy, the 60 Minutes reporter popped a rib out of place, forcing her to spend as much time as possible being horizontal

Ms Langdon, who was still working on the road, said the injury put everyone out, as she could barely stand the pain of sitting down.

‘We’d have to book two cars wherever we travelled because I’d need to get horizontal on the back seat,’ she wrote.

‘I’d script stories lying flat on my back in the office, surrounded by transcripts of the interviews, as the producer tapped away on the computer.’

And while she is delighted to have her son, Mack James Willesee, Ms Langdon last month revealed his delivery was no walk in the park. 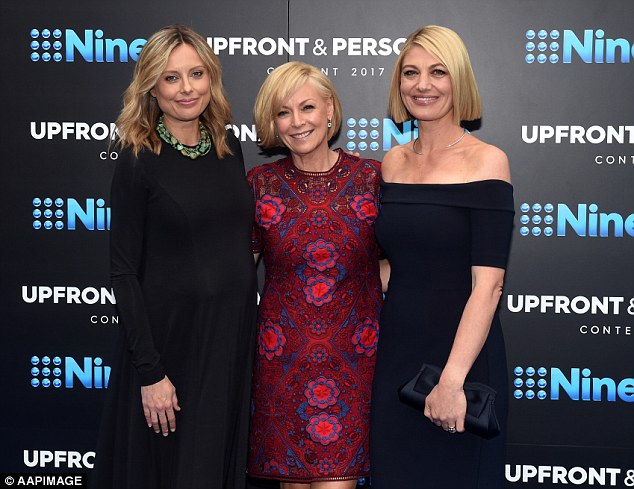 Working mum: Ms Langdon continued to work through most of her pregnancy, but praised her empathetic and flexible boss for her ability to do so

In an interview with 9Honey, the wife of Sky News’ Michael Willesee, described her delivery as difficult.

‘He had a traumatic entrance into this world but he’s a fighter and is now going strong,’ the 37-year-old told the publication.

Looking back, the Australian journalist said she developed a huge respect for working pregnant women, recognising her pregnancy was relatively smooth and her employer was understanding.

‘Those women who work all day, and don’t have the capacity to come home and put their feet up because they have other children needing their attention – to them I take my hat off,’ she wrote.