60 Minutes: Calls for Charles Wooley to retire as he gives voice to Barry Hall

‘I’ve met a lot of prime ministers in my time, but none so young, not too many so smart and never one so attractive,’ he said in his segment earlier this year, which went viral for all the wrong reasons.

Scores of offended viewers flocked to Twitter to share their outrage, but the long-time journalist said he didn’t regret the interview.

On Sunday’s episode of the Channel Nine program, Wooley addressed the swift and ‘mostly unforgiving’ reaction to his ‘sexist’ remarks. 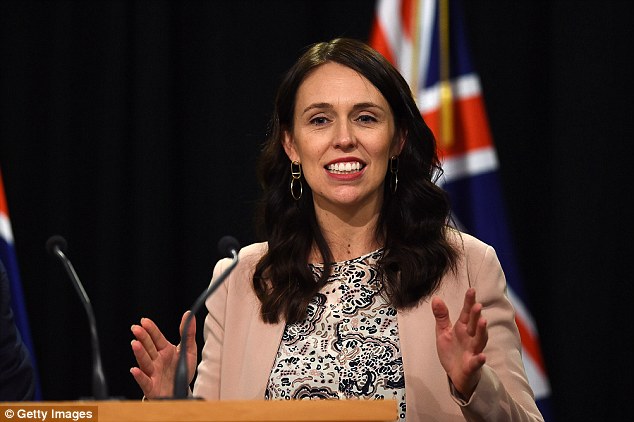 ‘I’ve met a lot of prime ministers in my time, but none so young, not too many so smart and never one so attractive,’ Wooley said in February of Ms  Ardern (pictured)

‘These days, social media is giving instant and deafening voice to your outrage,’ the 70-year-old told his audience.

‘There’s a lot that you’re angry about and you don’t miss when you spit your venom. I’ve even copped your wrath. But are you going too far? Is getting high on hate now killing free speech?’

Wooley offered a voice to former AFL star Barry Hall, who felt the public’s wrath when he made vulgar comments regarding Leigh Montagna’s wife on live radio in June.

‘I haven’t got the violin out saying poor me… I do the crime, I do the time,’ Hall told Wooley.

‘But you don’t know how long the sentence is,’ the 60 Minutes presenter replied.

The network promoted the episode by asking viewers: ‘Does he deserve a second chance?’ 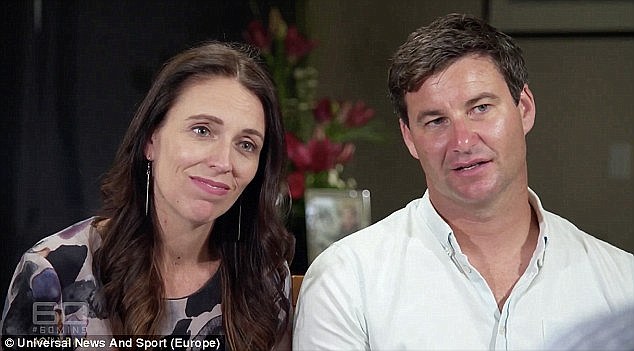 Wooley proudly announced he had deleted his Facebook and Twitter accounts in the aftermath of the interview with Ms Ardern but Sunday’s episode sparked further outrage.

‘I’m thinking it’s time to retire Charles Wooley. Speaking up is not anger, it’s representing your own view about being offended or marginalised,’ one wrote.

‘You are old. And you are holding on to a time past. Your resentment against being called out for archaic ideas will not hold,’ another wrote.

‘Grow with the times or sit down grandpa. This is the new world.’ 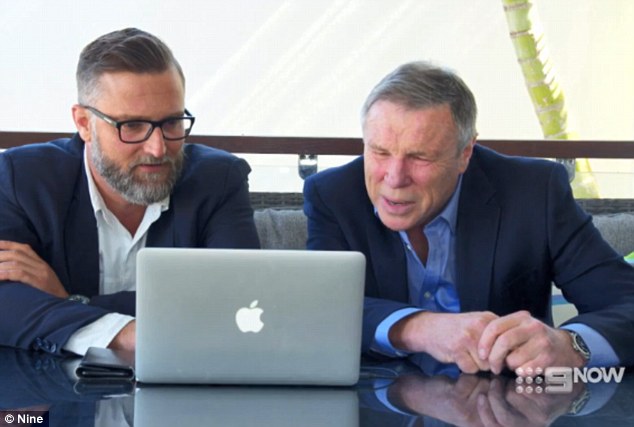 Sunday’s episode of 60 Minutes sparked further online outrage, with some calling for Wooley to retire

A third simply remarked: ‘Time to retire, you fossil.’

The presenter concluded that the best way to fight the ‘shallow intensity of social media’ was to delete his accounts.

‘So I’m not on social media anymore and I don’t miss it one little bit. You can still say whatever you like about this story but you’ll have to write me a letter,’ he said. 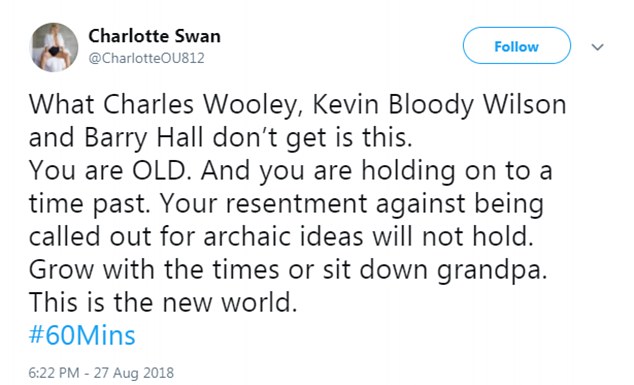 ‘You are old. And you are holding on to a time past. Your resentment against being called out for archaic ideas will not hold,’ another wrote

Hall apologised for the comments he made on Triple M Radio, which were made in regards to a medical procedure known as a ‘sweep’, which can induce labour.

‘The doctor was a good looking rooster and around 40 years of age. He did a sweep with his fingers and licked his fingers afterwards,’ Hall remarked. 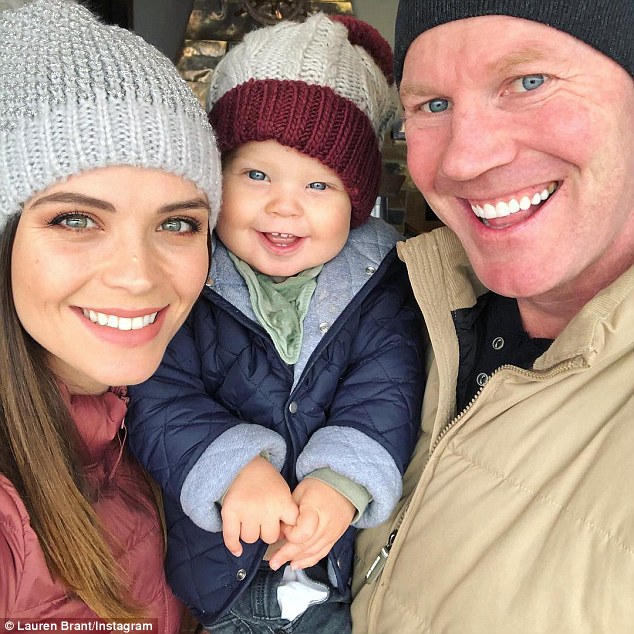 Barry Hall, pictured with partner Lauren and son Miller look like the perfect family but the last two months have taken their toll 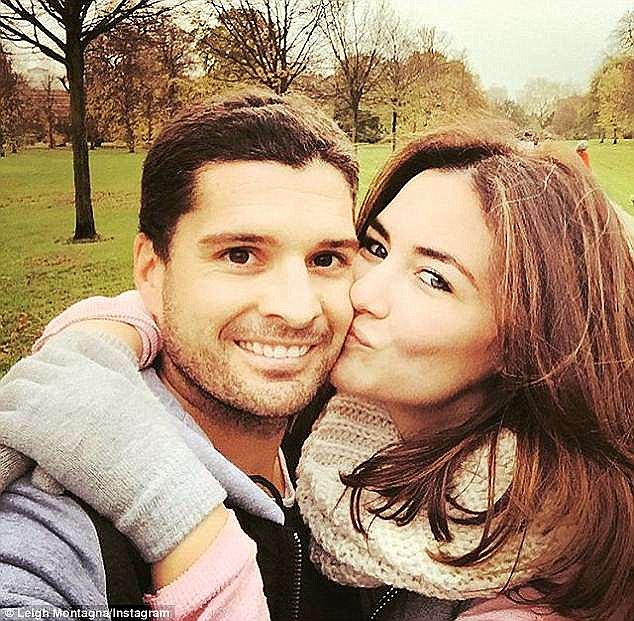 The former spearhead forward was immediately sacked by the radio station.

Hall agreed his comments ‘100 per cent’ should have never been aired.

‘I’ll never do that again,’ he told Wooley on Sunday night’s episode.

‘The thing is, as I’ve said, we’ve got no income now and there’s no real light at the end of the tunnel of when that will change or when that will be.’ 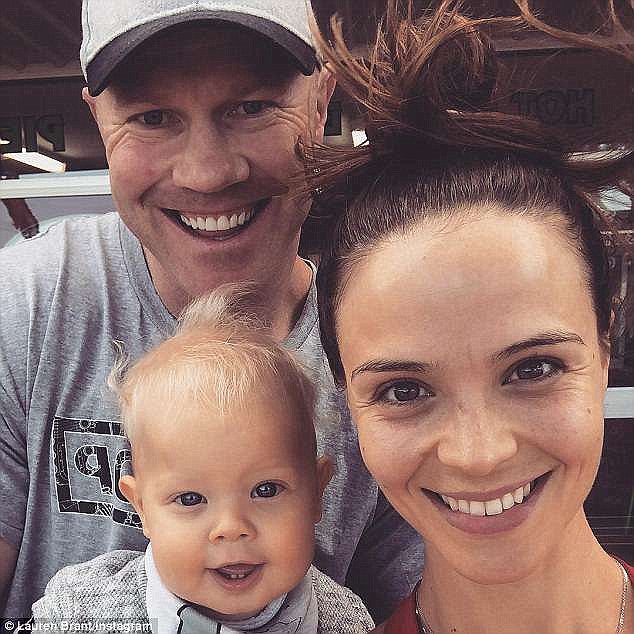