Seven New York teens caught on video beating Khaseen Morris (pictured), 16, after he already had been fatally stabbed were charged with felonies last week for their roles in the horrific September 16 homicide

The seven New York teenagers caught on video beating a defenseless 16-year-old boy who had already been fatally stabbed, are being charged with felonies.

Seven co-conspirators reportedly then pummeled the unarmed and outnumbered teen while an estimated 50 bystanders watched and did nothing except broadcast the deadly encounter on Snapchat.

Two additional 16-year-olds who also received felony gang assault charges, have not been identified because they are underage. 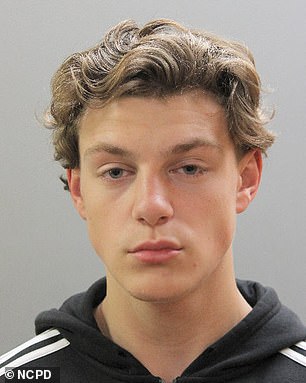 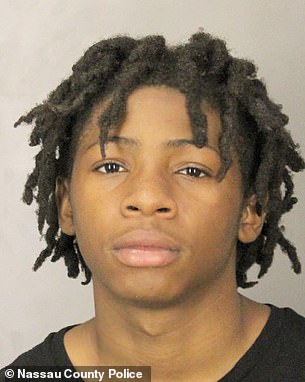 Tyler Flach (left), 18, of Lido Beach, New York is the man who plunged a knife into 16-year-old Khaseen Morris’ heart multiple times outside a Long Island strip mall two week ago. He was arrested and charged with murder days after the incident. Taj Woodruff (right), 17, was one of seven teens charged with gang assault last week for punching and kicking Morris after he had been stabbed 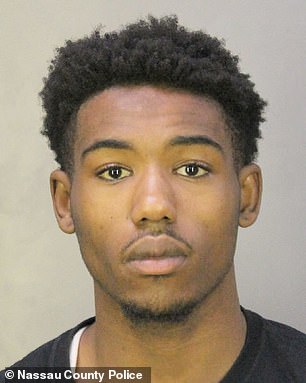 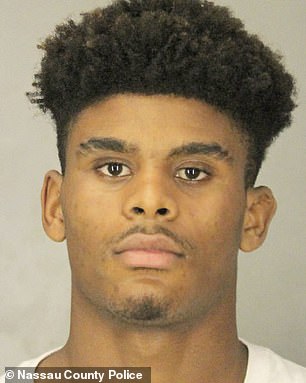 Javonte Neals (left) and Marquis Stephens Jr. (right), both 18, were charged with gang assault for their roles in the deadly September 16 attack on Morris outside a Long Island strip mall 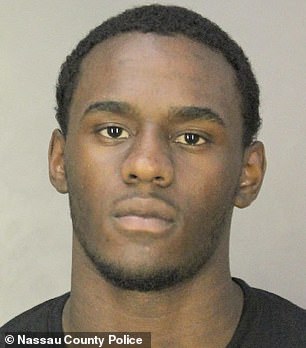 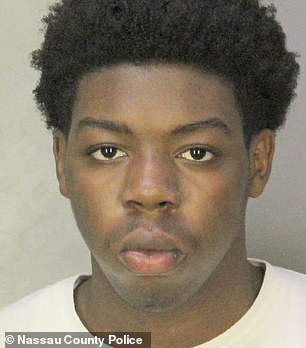 None of the seven accomplices are gang members, police said. Their gang assault charge relates to the group allegedly committing a violent act together.

They were reportedly joined by hundreds of mourners who remembered the the 16-year-old as an energetic young man full of life who had a bright future ahead of him.

‘He wanted to go to college for photography,’ Khaseen’s sister, Kedeemah Morris, told Pix 11 on Saturday, her hair adorned with purple flowers – her late brother’s favorite color. ‘He drew a lot. He wrote music. He liked to dance. He was a comedian. He was probably the funniest person you would ever meet in your life… 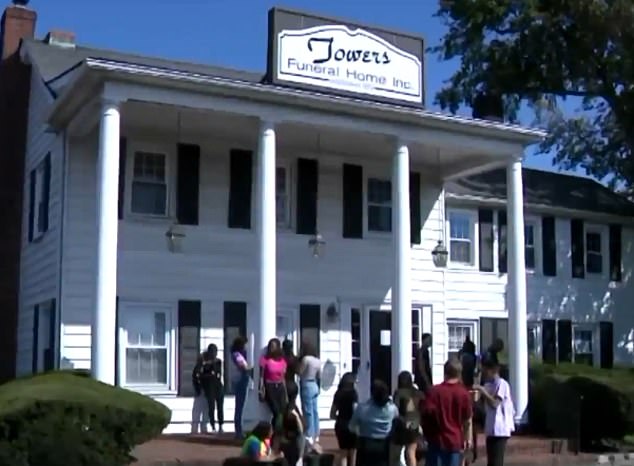 The family and friends of Khaseen Morris, 16, laid his body to rest on Saturday after a ceremony at Tower Funeral Home in Long Island, New York 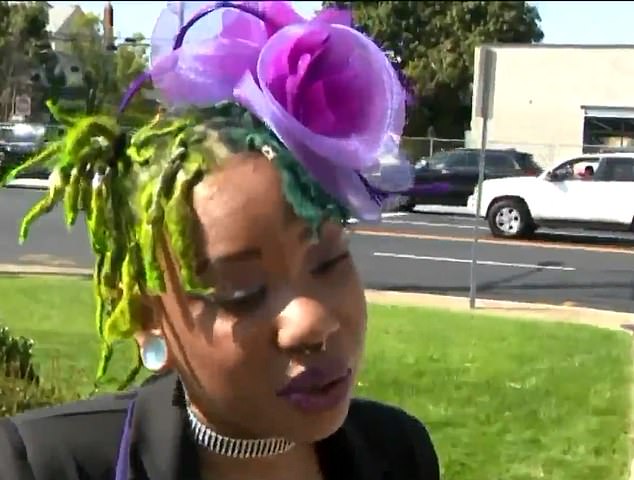 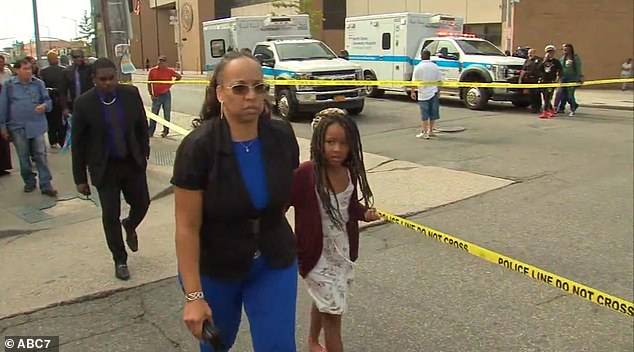 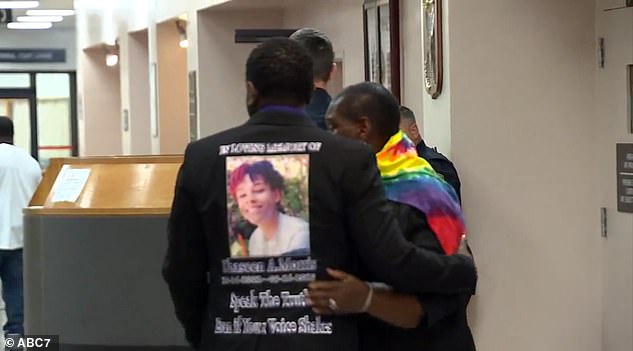 ‘Everything about my brother I’m going to miss,’ she added. ‘I saw him right before it happened. I wish I would have told him to stay home.’

The sadistic voyeuristic dispute reportedly started over another juvenile’s ex-girlfriend. Investigators said Flach was an ‘associate’ of the girl’s ex-boyfriend, who may have been jealous over Morris’ friendship with the girl.

Flach was arrested and charged with murder three days after the incident. He and Stephens are being held at Nassau County Jail.