70% of Americans are not getting proper sleep

Two-thirds of Americans are not getting proper sleep: 70% don’t get enough ‘restorative’ sleep every night, study finds

A majority of Americans are not getting enough quality sleep every night, a news study finds.

Researchers at Brigham Women’s Hospital and Harvard Medical School – both in Boston, Massachusetts – found that 70 percent of Americans were reporting not feeling restored after a night’s rest.

They found that it was not just time spent sleeping that affected how a person felt the next day, but the overall quality of sleep as well.

The study points to a potential crisis in America, as so many struggle to get basic rest every night. Trouble sleeping is also linked to a multitude of health issues later in life, like high blood pressure and even brain damage.

Researchers found that less than 30% of participants in the study were found to have ‘high’ quality sleep (green), which was the threshold needed to be reached for it to be considered restorative 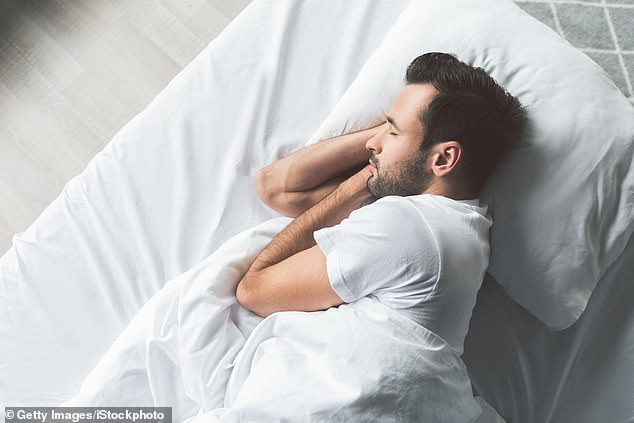 Researchers, who published their findings Thursday in Frontiers in Sleep, gathered data from 1,055 Americans for the study.

First, they gathered a team of seven sleep experts to develop survey criteria that would best reflect how to gauge a person’s sleep quality.

The expert group came up with nine key signs that could indicate whether a person had quality sleep the night before.

The participants were asked whether they felt: grouchy; in a good mood; tired,; sleepy; rested; refreshed; energetic; alert and ready to start the day. They were asked to rate their feelings on each on a scale from one-to-five.

How insomnia takes over your life

Each participants’ results were scaled from zero to 100 to rate their overall quality of sleep.

Participants who were given a ‘high’ score were considered to have restorative sleep. Only 28 percent of participants reached that mark.

The research also found that there was not a direct correlation between duration of sleep and overall quality, going against the usual narrative surrounding sleep health.

‘Qualitative evaluation is an important feature of sleep health, yet the vast majority of high quality nationally representative data collected among US adults has assessed quantitative aspects, such as sleep duration, which preclude a holistic understanding of sleep in the population,’ researchers wrote in the study.

They are aware of some shortcomings of this type of study. Self-reported data always opens potential for misreporting.

There are also other reasons a person may feel grouchy or less alert upon waking up in the morning beyond just poor sleep.

Still, researchers are hopeful that a study like this can help give the world a new understanding as to how sleep works and how to evaluate it.

‘Our study addresses conceptual ambiguity which has persisted in the sleep field with regards to restorative sleep,’ they explained.

‘For instance, our literature search returned more than 350 articles from a keyword search for “restorative sleep,” but only 48 measured non-restorative or restorative sleep. Upon further exploration, we discovered that “restorative” was often used in studies as a synonym for sufficient sleep duration or satisfaction with sleep, such as high ratings on sleep quality.’

Poor sleep is linked to a variety of health conditions. Some relatively minor, like poor alertness and tiredness during the day.

Previous studies have found that it can even lead to brain damage and accelerate cognitive decline associated with Alzheimer’s.