71% of US: Political correctness has silenced discussions

The usual political arguments at Thanksgiving dinner may be silenced this year thanks to America’s polarizing political climate.

A new survey by the Cato Institute shows that most Americans no longer feel comfortable talking about their political beliefs.

According to the survey, 71 per cent of Americans ‘believe that political correctness has silenced important discussions our society needs to have.’

The Cato Institute recently published the 2017 Free Speech and Tolerance Survey. It found that liberals are more likely than conservatives to speak out about their beliefs (above) 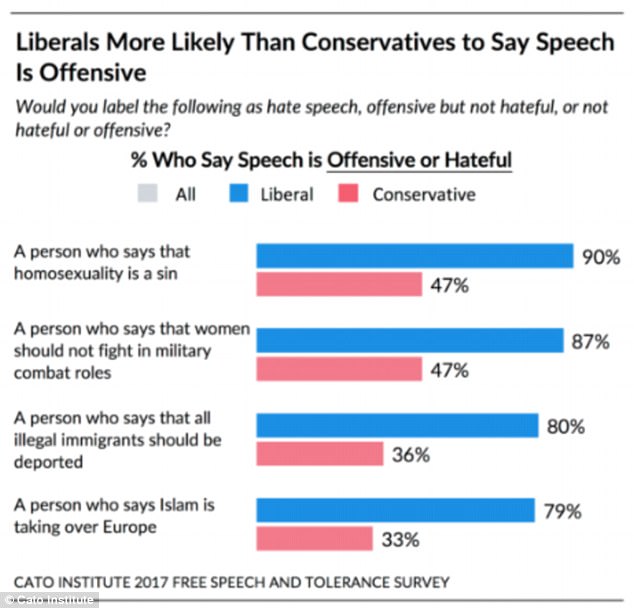 Meanwhile, 58 per cent of Americans believe the ‘political climate prevents them from sharing their political beliefs’.

The survey found that Democrats are more open with their political views than Republicans.

A slim majority, 53 per cent, said they do not feel the need to self-censor. The majority of Republicans and Independents on the other hand (73 per cent and 58 per cent respectively) said ‘they keep some of their political beliefs to themselves’.

Cato’s 2017 Free Speech and Tolerance Survey posed their questions to 2,300 adults across the country.

Sixty-five per cent of Americans said it was important for colleges to expose students to different viewpoints, even if those viewpoints are offensive.

According to the survey, liberals are also more likely than conservatives to say certain types of speech is offensive. Examples include people who say homosexuality is a sin and people who say Islam is taking over Europe. 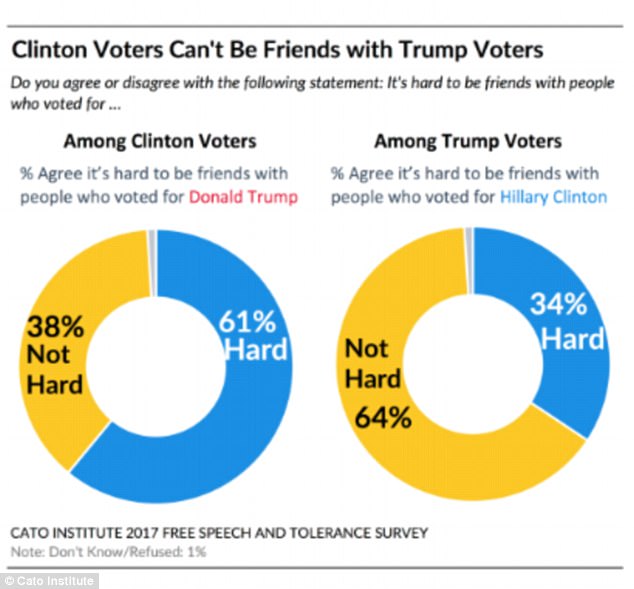 Clinton supporters found it harder to be friends with Trump supporters than vice versa, the survey shows 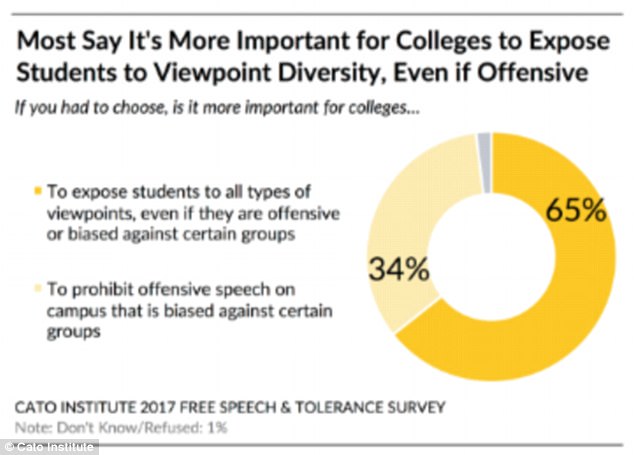 Most Americans agree that colleges need to teach students different viewpoints, even if they are offensive