David Adelman has agreed to purchase a 10 percent stake in Michael Rubin’s Harris Blitzer Sports and Entertainment, which owns both the Philadelphia 76ers and New Jersey Devils.

Adelman is the chairman of real estate company 76 Devcorp, which has been working to build the 76ers a new downtown arena.

‘It’s Josh and David’s team,’ Adelman told Forbes on Thursday before the Sixers’ 2022-23 home opener. ‘I just want to be able to participate as a Philly partner.’

Excited to pass @sixers ownership to my brother @david_adelman. I’ve known David for most of my adult life, not only is he an incredible leader and entrepreneur, but he lives for the city and the team – he literally bleeds 76ers and Philly. pic.twitter.com/54r3fCR0co 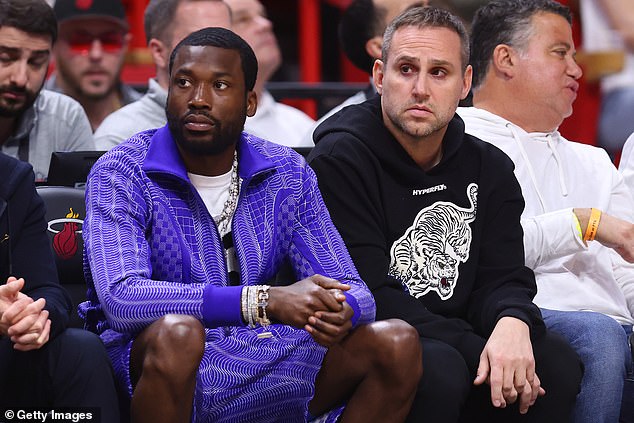 Meek Mill and CEO of Fanatics and soon to be former Philadelphia 76ers co-owner Michael Rubin look on during the first half in Game Five of the Eastern Conference Semifinals between the Miami Heat and the Philadelphia 76ers.

Honored to announce; I’ll be joining the ownership of the @sixers and HBSE. I’ve been rooting for the 76ers my whole life,thank you Josh Harris, David Blitzer, and my close friend @michaelrubin for giving me this opportunity to be a part of this special organization. Let’s go! pic.twitter.com/mSVdNTwjED

The 10 percent stake in HBSE is estimated to be worth around $250million according to Forbes. The NBA has already approved the transaction, however it still needs to be given the OK by the NHL before the deal can become official.

Adelman, Harris and Blitzer have already developed a working relationship as the three of them had already joined forces when they created Devcorp. 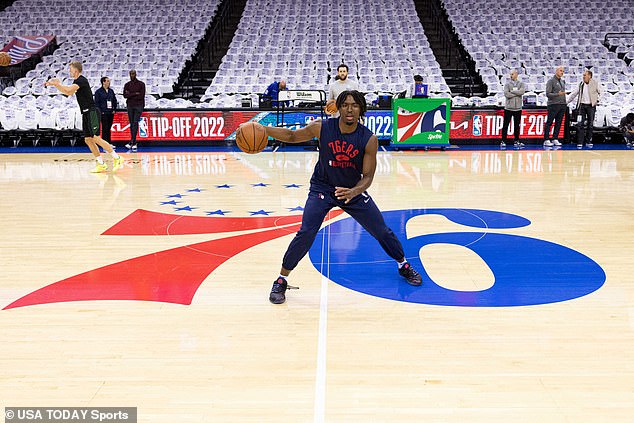 ‘It’s going to happen because we have a great plan, a great design, and a great location,’ Adelman says. ‘We’re not taking city money, and we’re going to help revitalize a part of the city that could use a shot in the arm.’

‘It was the only destination I was looking for,’ Adelman adds of the proposed location. ‘And the reason is sports arenas, stadiums downtown, they revitalize cities.’

Adelman, was raised near Philadelphia and is the chief executive of Campus Apartments, a student-housing provider. His original investment of $2,000 over 30 years ago has grown to more than $1.5bn in properties across 18 states. 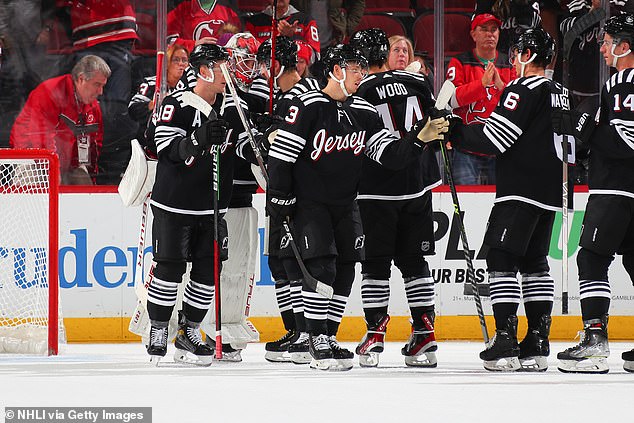