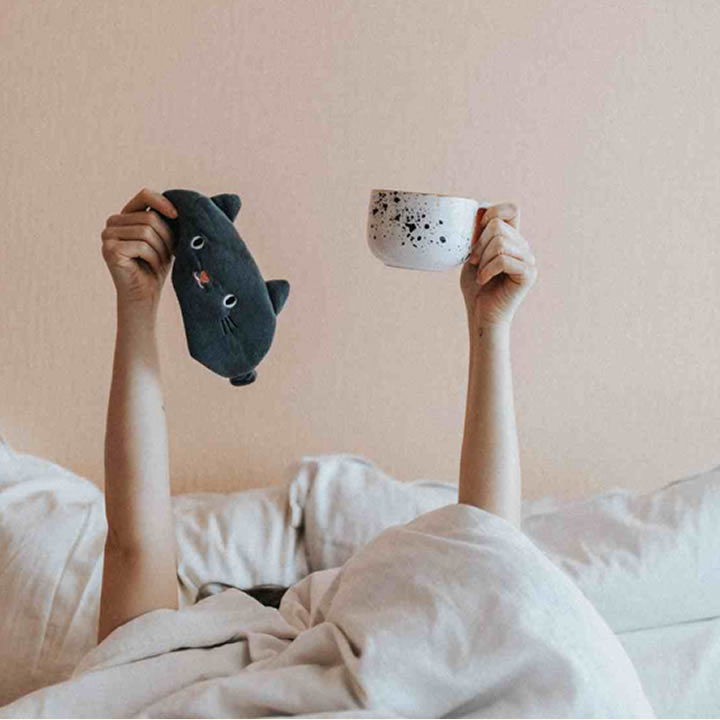 The Very First Known Beds Were Made From Stone

In the first-ever known town of Catalhoyuk in Turkey over 10,000 years ago raised platforms were used to sleep on and in Skara Brae in the Orkney Islands over 6,000 years ago, inhabitants were known to have a pile of stones which they would use to sleep on!

The Romans and the Greeks Ate Their Meals From Their Beds

In ancient Rome and in ancient Greece the bed was not just used for sleeping on, it served many purposes that included eating! Come meal times people would simply recline back on their bed and simply pick food from the table in front of them! The word ‘recline’ comes from the Latin word reclīnāre which translates as “to bend back”.

On the discovery of Tutankhamun’s tomb, they found that he had rather a lot of beds buried with him including one that could be folded up for when he went traveling. They also found rather an ornate ebony and gold bed that had a base of woven string on which he would lie.

Back in medieval times, there was a rather famous bed known as ‘The Great Bed of Ware’ which was so big it could literally sleep up to 11 people! Many medieval beds of the nobility of the time were rather on the large side and were designed believe it or not to be dismantled so they could take it with them wherever they traveled!

The phrase ‘sleep tight’ originates from medieval times too. The beds were made with wooden legs and a wooden frame and then laying across it would have been rope (rather like the slats of modern times) which the mattress would sit upon and then would have to be tightened every night as they had a tendency to go very loose. Hence the term we now know as ‘sleep tight’.

The 1400s and well into the 1500s saw the rise in popularity of what we now know as the “four poster” bed. They were a true status symbol of the times and were so elaborate they had curtains, a multitude of cushions. Ф canopy called a tester and was so intricately designed the owners often needed help to get in and out of them!

In Ten Years Time, Your Mattress Would’ve Doubled in Weight!

Mattresses will naturally deteriorate over time, and during this period it will have collected dust, dust mites, skin cells and yes, sweat! – This will make your mattress double in weight and after ten years, your mattress will feel less comfortable, be less durable and yes you’ve guessed even less clean!

The first known waterbeds were made from goatskins that were filled with water and used in ancient Persia over 4,000 years ago!  The water bed gained huge popularity during the 1960s and was even used at St Bartholomew’s hospital (St Barts) in London as a way to treat people suffering from bedsores and also to prevent people from getting them!

Looking for a new bed? Why not check out this wide range of beds here and it’s free delivery too!