Houston SPCA has rescued 80 neglected miniature horses, two donkeys, and a cow from a property near Bayton, Texas.

Police were notified after a neighbor called because they were worried about the health of the animals.

When SPCA arrived they found over 80 animals in visibly poor condition suffering from blindness, broken hips, malnutrition, difficulty breathing, lameness, and overgrown hooves. There was also a lack of clean drinking water and some could even be pregnant.

The SPCA has since removed all the animals and have nine veterinarians working around the clock to evaluate and treat them.

More than 80 animals were rescued from a property near Bayton, Texas 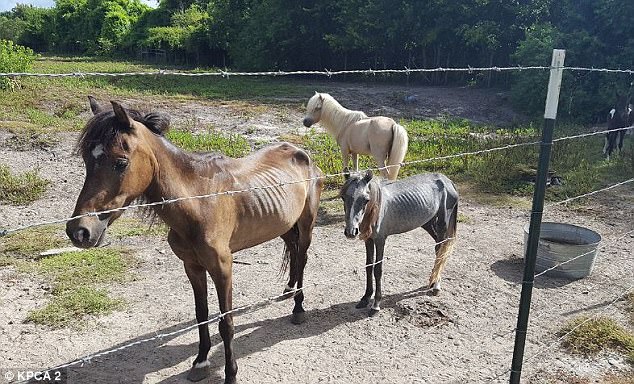 On the property were miniature horses, ponies, donkeys, and a cow 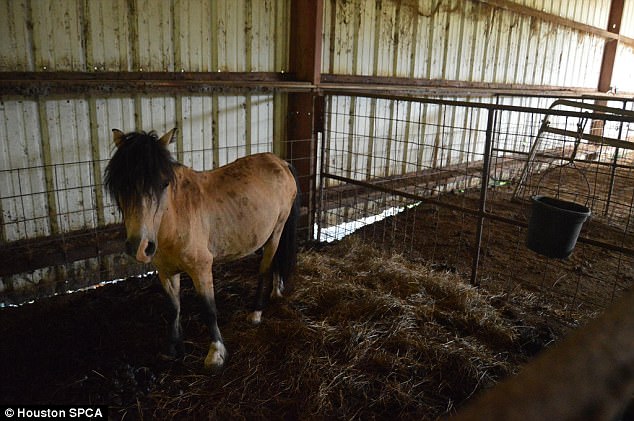 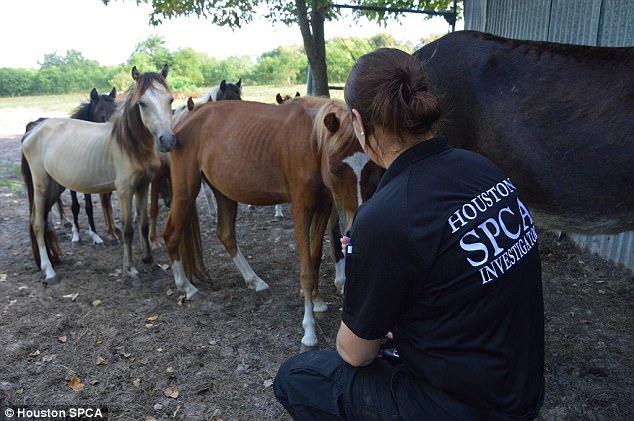 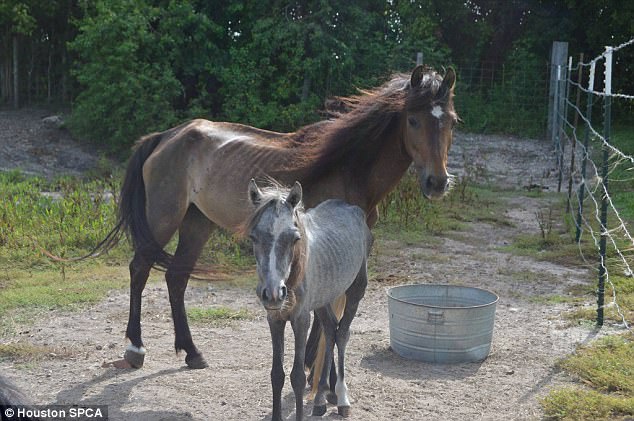 Bones were found on the property, leading police to believe that horses have died there

The owner is a woman who lives by herself. She told authorities that she started with four horses and it just multiplied.

Animal cruelty investigators believe the animals had been living in these conditions for a quite a while.

But the owner has been cooperative and working with authorities for about a week to give the animals the medical attention they need. 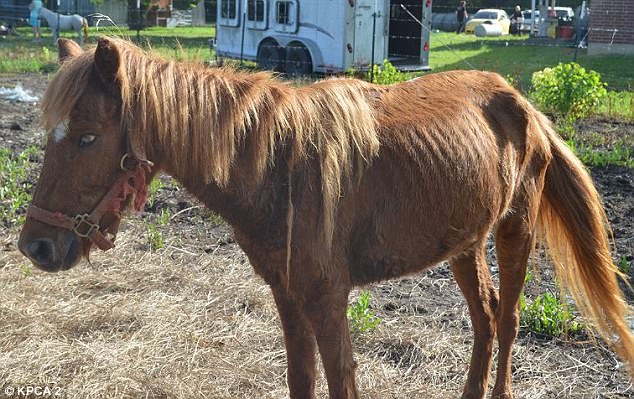 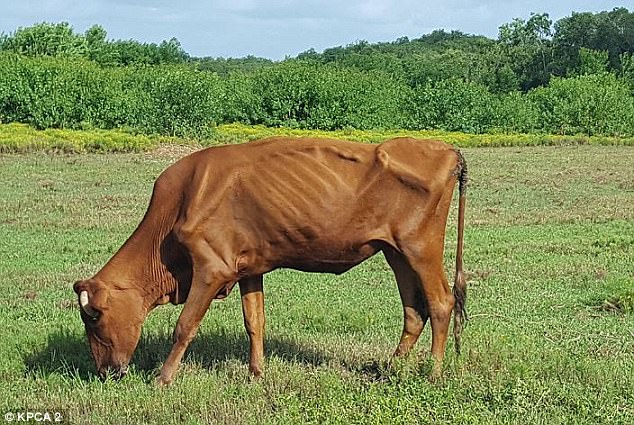 The owner is a woman who lives by herself. She said she started with four horses, then multiplies with cows, ponies and donkeys, getting out of hand once her health declined 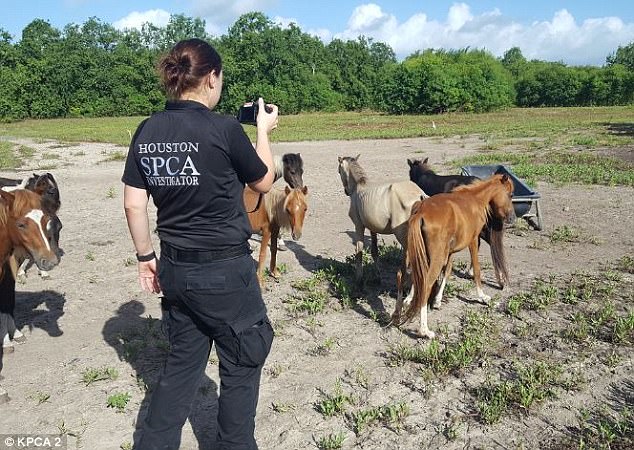 It’s believed the horses were there for showing. The owner has been cooperating with authorities to get the animals proper medical care 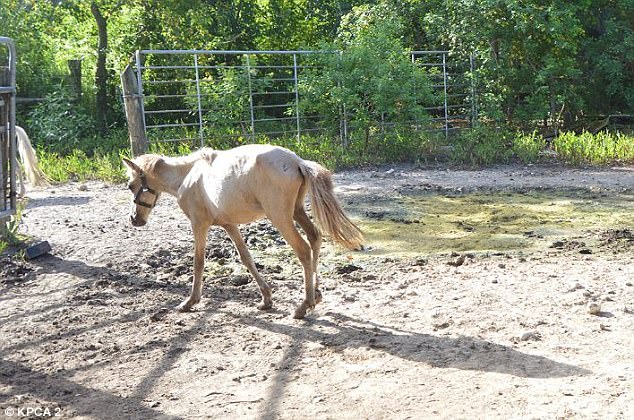 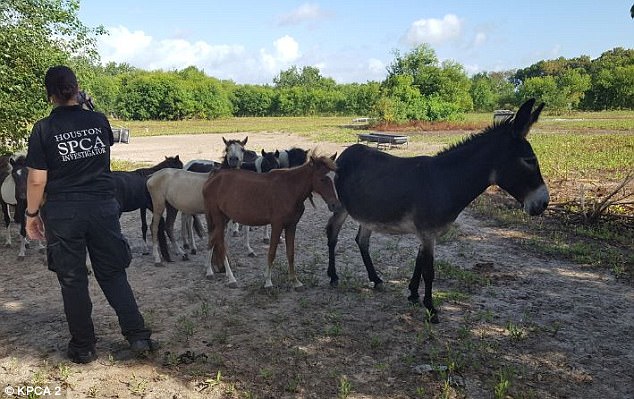 It’s appears that many of the injuries came from getting kicked by other animals.

Bones were also found on the property, leading investigators to believe that some may have died there.

‘We’ll know more once blood work is taken,’ said SPCA spokesman Julie Kuenstle, ‘We don’t know to what degree the level of pain the animals are in’.

She added that they will be moved to the SPCA’s larger property in Hempstead once the proper care is given.

The owner could be charged with animal cruelty. A hearing is set for Monday to determine if the SPCA will get custody of all the animals. 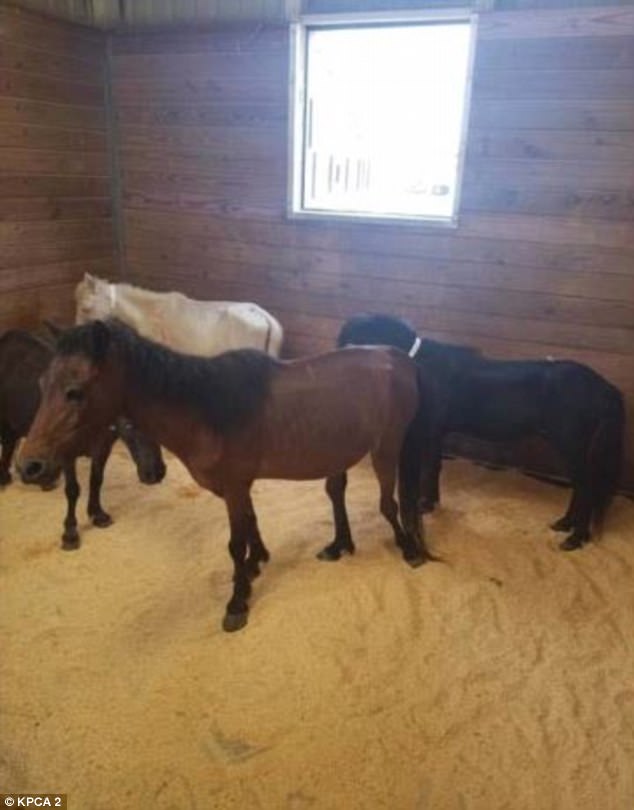 SPCA spokesman Julie Kuenstle said, ‘We don’t know to what degree the level of pain the animals are in’ 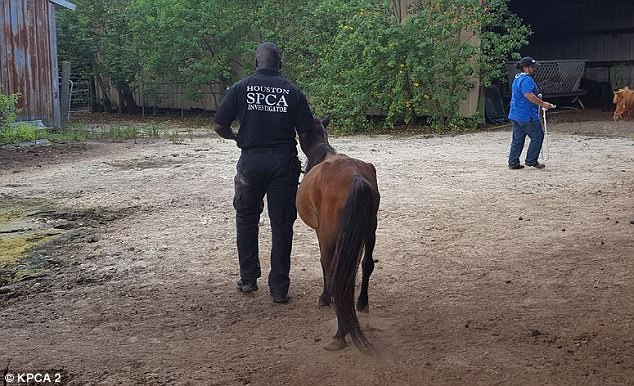