An 83-year-old woman proved that age is only a number when she trekked through mud, climbed over walls, and crawled under barbed wire while competing in her third Tough Mudder race.

Mildred Wilson, from Sikeston, Missouri, was the oldest person to ever finish the grueling 5K obstacle course when she crossed the finish line at the endurance event held in her home state on May 1.

‘There’s a lot of people who think as they get older that they just have to sit down and quit. It’s not so,’ Wilson told KAIT last month ahead of the competition.

Mildred Wilson, 83, from Sikeston, Missouri, competed in her third Tough Mudder race in her home state on May 1 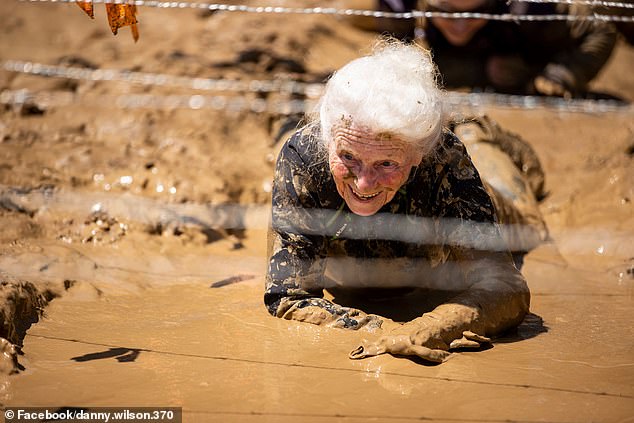 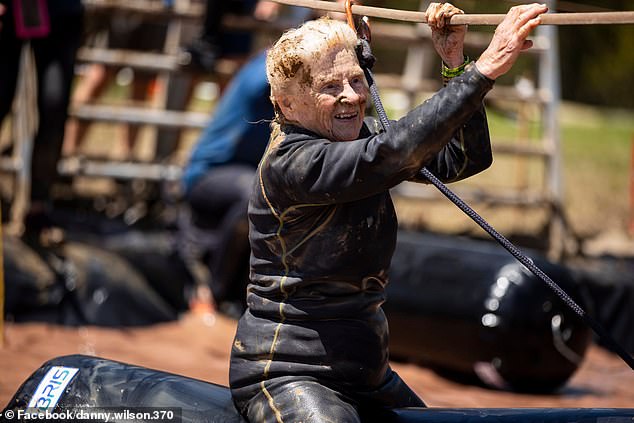 The Tough Mudder 5K boasts 13 treacherous obstacles, and the octogenarian trained for the three-mile race by playing pickleball and walking.

‘I just enjoy them,’ she said. ‘I’ve always enjoyed competition.’

Wilson was inspired to compete in her first Tough Mudder race in 2019, at age 80, after watching her son Danny Wilson take on the World’s Toughest Mudder obstacle course challenge in Las Vegas.

She explained to KFVS that when Danny asked her if she wanted to try a race, she said: ‘Yes, but, if I do it, I want to be able to really do it. Not just be out there.’ 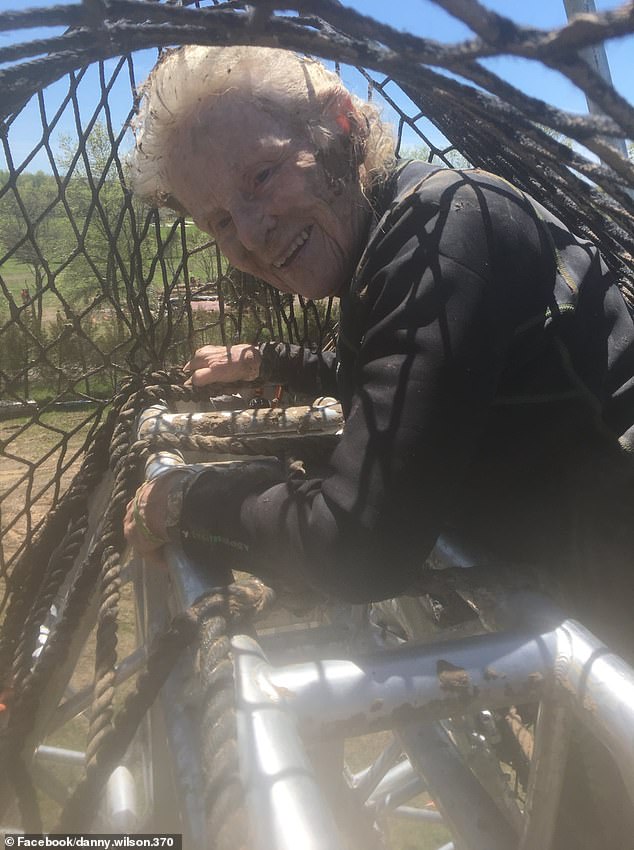 The Tough Mudder 5K boasts 13 treacherous obstacles, including a towering cargo net participants have to climb 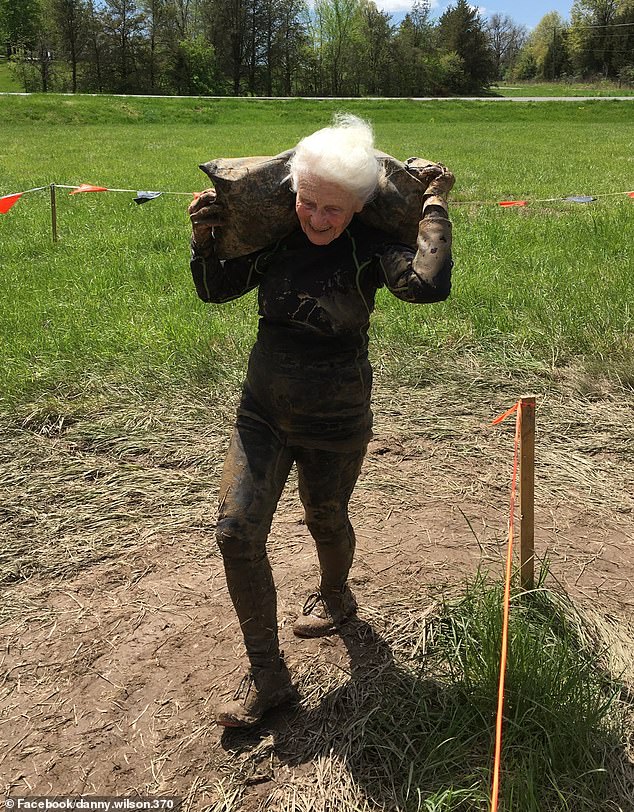 ‘There’s a lot of people who think as they get older that they just have to sit down and quit. It’s not so,’ Wilson told KAIT last month ahead of the competition 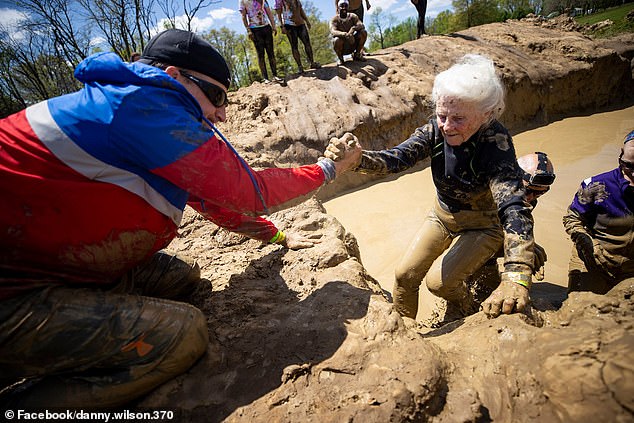 Wilson completed her first Tough Mudder race with her son Danny Wilson in 2019, at age 80. He was also by her side at this month’s event (pictured)

Wilson joined the YMCA and spent several months getting in shape for the event after getting cleared by her doctor to compete.

‘I wanted to make sure that he felt that I was tough enough to do it,’ she said at the time. ‘He gave me the thumbs up to do it.’

Wilson’s son was by her side when they completed her first Tough Mudder together, and she had her family and friends to cheer her on, including her husband, Farrell Wilson.

‘He is my best supporter,’ she said of Farrell. ‘Anything I decide to do, he pretty much lets me do it.’ 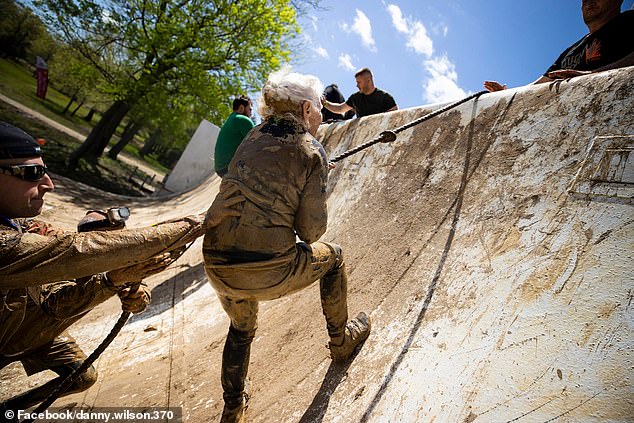 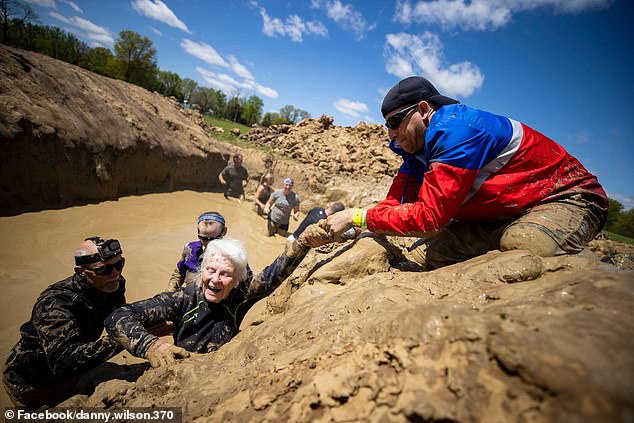 When the going got tough, she got a boost from some other competitors 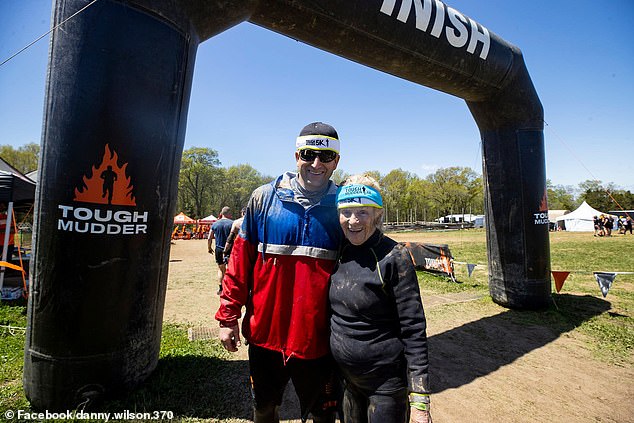 In 2020, Wilson took part in a Conquer the Gauntlet event in Arkansas and raised $12,000 for Danny’s youth group to build a fresh water well in Africa.

She ran in honor of her husband, Farrell, who died of a heart attack while being treated for COVID-19, the Standard Democrat reported.

Ahead of her third Tough Mudder race, she and her son — a youth pastor at Bethel Assembly of God in Cape Girardeau — launched a GoFundMe to raise money to build a fresh water well in another African village.

‘I will get muddy so others can drink clean water,’ she wrote. ‘I would love for you to help me make the vision a reality!!! ‘ 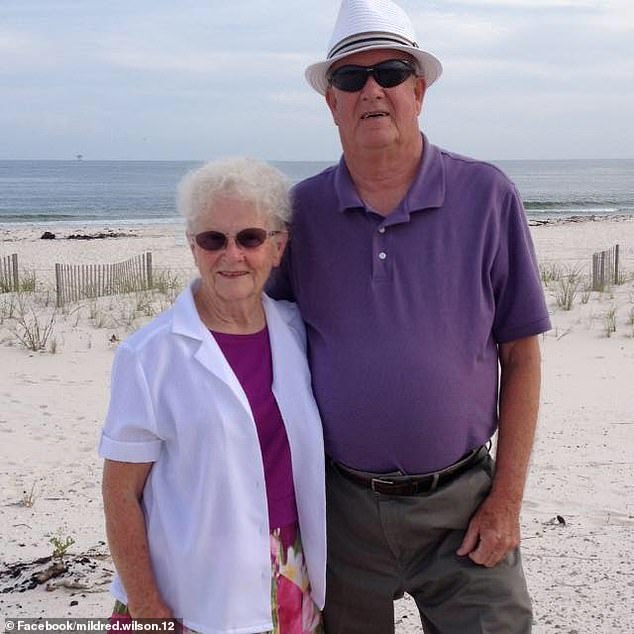 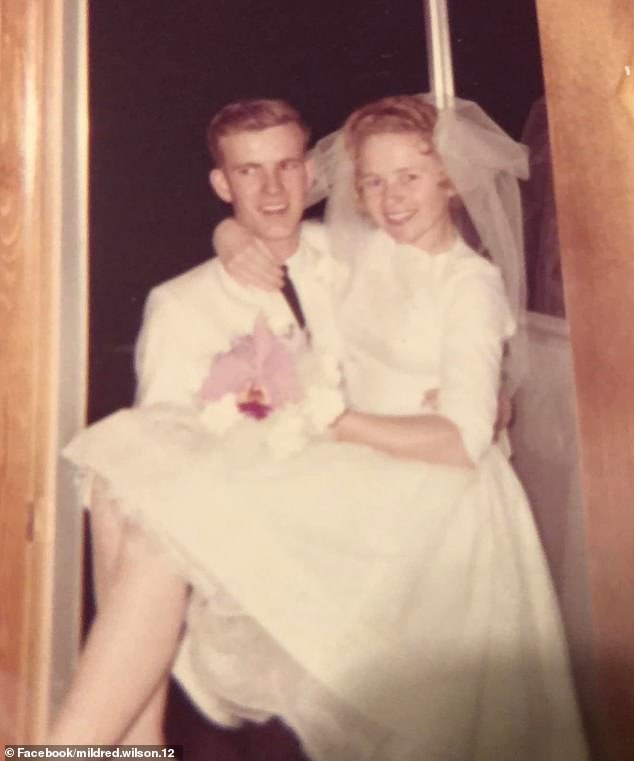 ‘He is my best supporter,’ she told KFVS of her husband in 2019. ‘Anything I decide to do, he pretty much lets me do it.’ The couple is pictured on their wedding day in May 1963 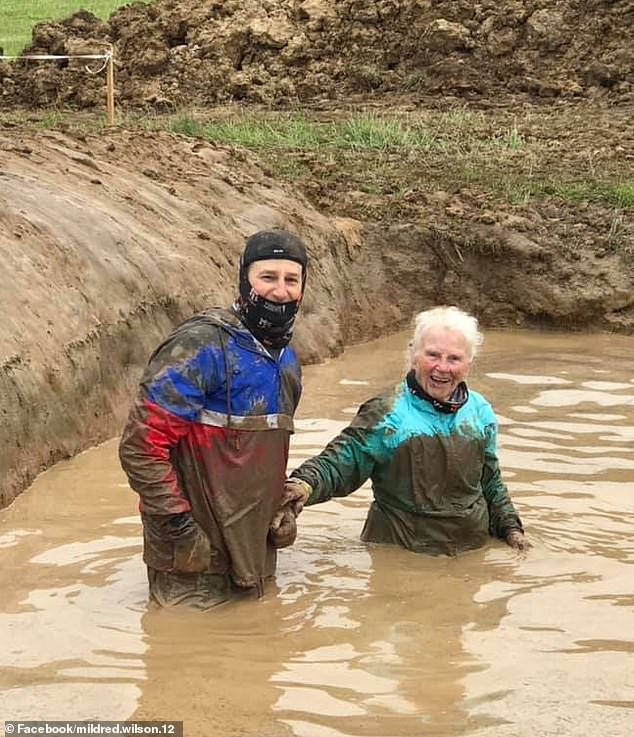 In 2020, Wilson competed in her second Tough Mudder race in honor of her late husband, who died of a heart attack while being treated for COVID-19 that year

‘A well costs $65,000 but the company that is building it gives it a lifetime guarantee,’ she told the Standard Democrat. ‘For $25, one person can drink clean water for a lifetime.’

Wilson also had another special reason for competing in her third Tough Mudder.

‘I’m not only doing this in memory of my husband, I’m doing it to honor my daughter-in-law Tanya Wilson, who is battling pancreatic cancer,’ she said.

The even has become a tradition for her and her son, who helps her through the obstacles when she needs it.

‘He runs the 10-mile [Tough Mudder] on Saturday and then he does the shorter one with me on Sunday,’ Wilson explained. ‘He keeps an eye on me.’