A fresh Low for Germany! Whopping 87 PER CENT of fans want coach Jogi to step down before Euro 2020 in wake of humiliating loss to North Macedonia… with 41 per cent thinking the team will crash out in the group stages this summer

A whopping 87 per cent of Germany fans want coach Joachim Low out before the European Championship – with this week’s shock loss to North Macedonia casting a pall of pessimism over their summer chances.

The long-standing coach will step down from the national team after Euro 2020 anyway but Wednesday’s 2-1 defeat against a side ranked No 65 in the world has proved the last straw for many.

A survey of over 250,000 readers by German newspaper Bild found only 13 per cent of fans want Low to take charge at the Euros. 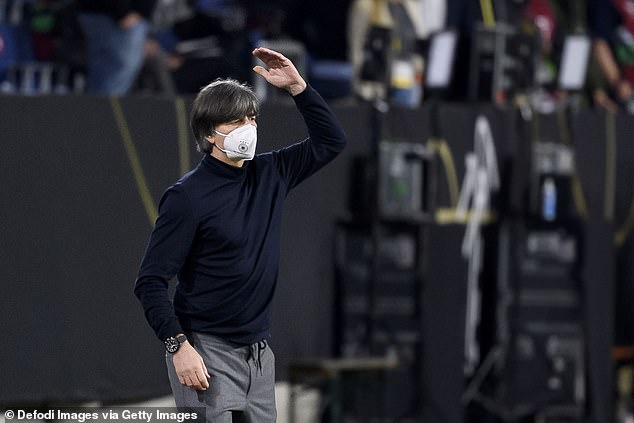 Fans have turned on coach Joachim Low, with 87 per cent wanting him gone before the Euros

What’s more, 41 per cent believe that Die Mannschaft will fail to get out of their group in the summer. They have been drawn with France, Portugal and Hungary in Group F.

This would match their early exit from the 2018 World Cup, when they finished bottom of a group containing Sweden, Mexico and South Korea.

That’s despite the format of the tournament seeing only eight teams eliminated after the group with 16 progressing to the knockout rounds.

Only seven per cent of those surveyed by Bild believe Germany will reach the semi-finals and a mere five per cent think they’ll make the final.

Low came under severe pressure last November when Germany were hammered 6-0 by Spain in the UEFA Nations League but received a vote of confidence from the DFB – German football’s governing body. 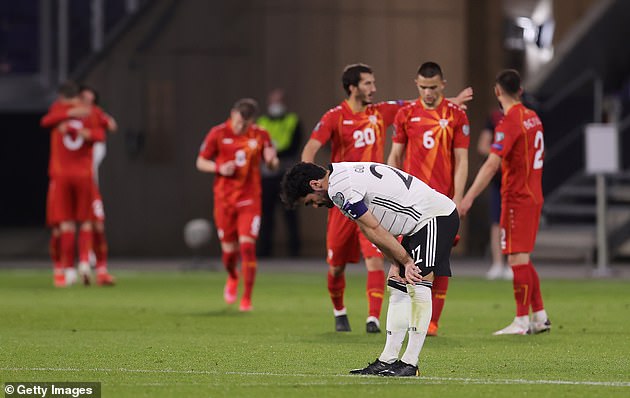 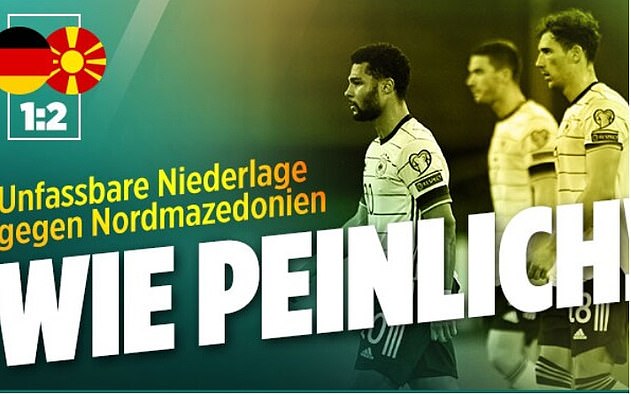 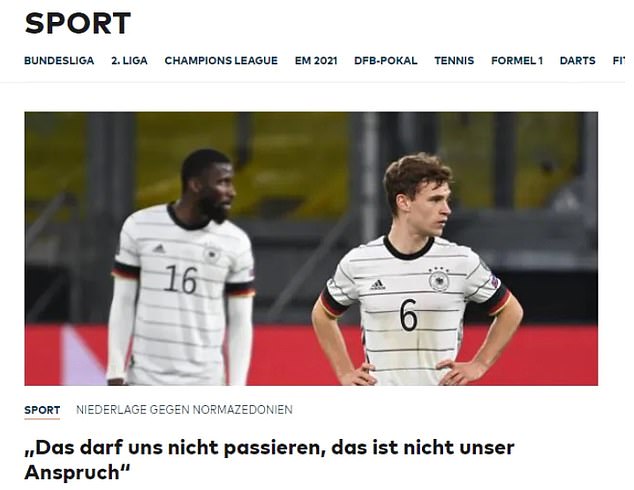 Meanwhile, website Die Welt stated: ‘That must not happen to us, that is not part of the plan’ 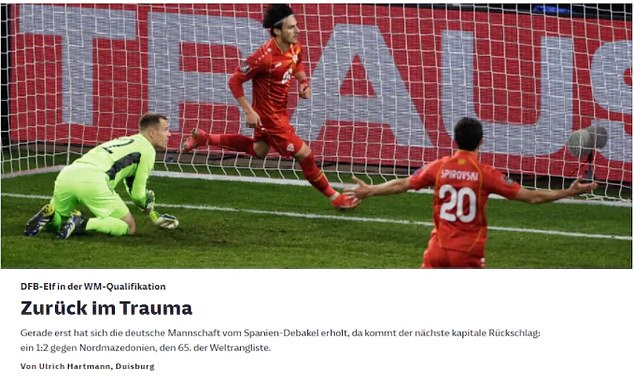 It was then confirmed Germany’s coach of some 15 years would stand aside after the tournament this summer.

But the 2-1 loss to North Macedonia in Duisburg, Germany’s first World Cup qualifying defeat since 2001, has led to fresh criticism of Low and his tactics.

Bild described the loss as ’embarrassing’, while Suddeutsche Zeitung said football fans were ‘back in trauma’ once again.

The 2014 World Cup winners have just two friendly games, against Denmark and Latvia in June, to get things back on track before their Euro opener against France in Munich on June 15. 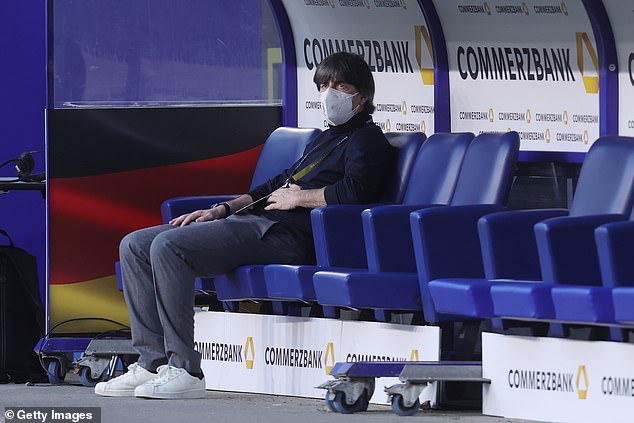