89 graves at a Texas construction site that was once a plantation, then a prison farm

Archaeologists have been called in to learn more about the 89 graves found at a construction site in Texas.

The mass grave site was unearthed in March, in Sugar Land, Texas, at the construction site of the future location of Fort Bend Independent School District’s James Reese Career and Technical Center.

Although no records of the unmarked cemetery are in existence now, historians believe that the bones could date back to the 1800s, according to KTRK.

Archaeologists have been called in to identify the remains found in 89 graves at a construction site in Sugar Land, Texas, in March

It’s thought that the 89 graves were lost after being covered over by several feet of sediment in the wake of an area flood.

Charles Kelly, chairman of the Fort Bend County Historical Commission, said historical documents show that the construction site is located on an area once used as a plantation, before it was repurposed as a prison farm in the early 20th century, WISTV reported.

Although he has not yet visited the site, Kelly has heard that the coffins had already deteriorated. He noted that any wooden markers that might’ve been used to denote who was buried in the graves are likely long gone, too. 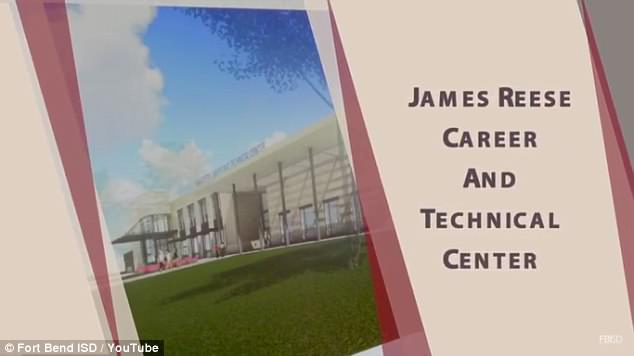 Construction on the Fort Bend Independent School District’s James Reese Career and Technical Center unearthed the 89 graves, which are believed to date back to the 1800s

The grave site sits in an area that was once a plantation, before it was turned into a prison farm

But, if metal markers were used, Kelly believes those would likely still be near the graves’ location.

‘The interesting thing is the depth of these graves. They’re very, very deep,’ Kelly said.

It will be up to archaeologists to determine whether men, women or children were buried at the site and what race they were.