A  911 dispatcher has helped save the life of a one-year-old boy by talking a neighbor through CPR after the toddler nearly drowned in a pool.

The desperate 911 call came at about 3pm on Christmas Day, after one-year-old Connor fell into the pool behind his parents’ home in Orlando, Florida.

‘My 1-year-old just fell in the pool. He’s not responding,’ the boy’s mother wailed on the call.

The boy wasn’t breathing and they couldn’t find a pulse. ‘His color’s not right,’ the mother said.

A neighbor was attempting to give CPR but didn’t know how, the mother said.

As paramedics rushed to the home on the 400 block of Bonifay Avenue, the dispatcher relayed CPR instructions to the neighbor during the five-minute call.

‘Pinch his nose closed and completely cover his mouth with your mouth,’ the dispatcher instructed. ‘And then blow two regular breaths into the lungs.’ 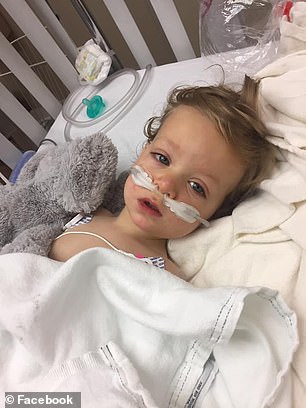 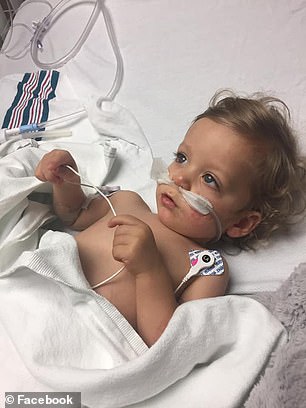 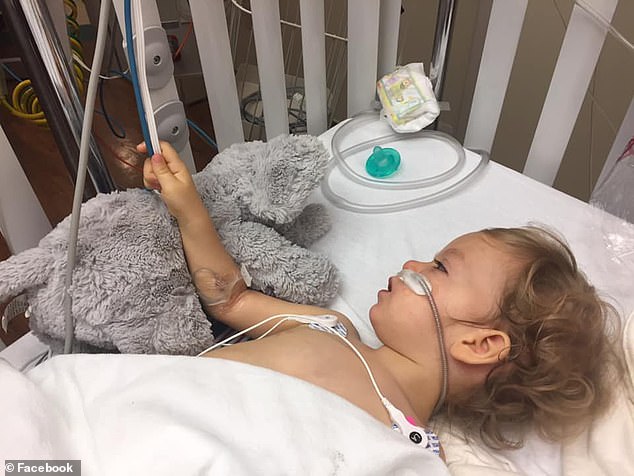 Connor is alert and recovering in the hospital. He is expected to make a full recovery

During the call, a man could be heard wailing in the background: ‘I’m sorry. I’m so sorry.’

Connor is alert and recovering in the hospital. He is expected to make a full recovery.