A Holocaust survivor celebrated his 94th birthday by having his bar mitzvah decades after his family was torn apart by the Nazis.

Samuel Heider, from Ohio, had dreamed of the day he would be able to have the ceremony – which is a rite of passage for Jewish teenagers.

But his traumatic early years as World War II broke out meant he was never able to complete the important milestone.

His parents and siblings were separated and sent to concentration camps after the Nazis invaded Poland.

In the dark years that followed, his loved-ones perished.

The only remnant of his past is a battered black and white picture of his sister which he managed to save while fighting to survive Auschwitz.

But now decades later, his daughter Linda organised the incredible surprise for him days before his 94th birthday.

Surrounded by his community, he finally took part in the landmark ceremony Saturday at Beth Jacob Synagogue in Dayton, Ohio.

Samuel Heider, whose childhood was marred by World War II, had dreamed of the day he would be able to have his bar mitzvah (pictured on the day of the ceremony) 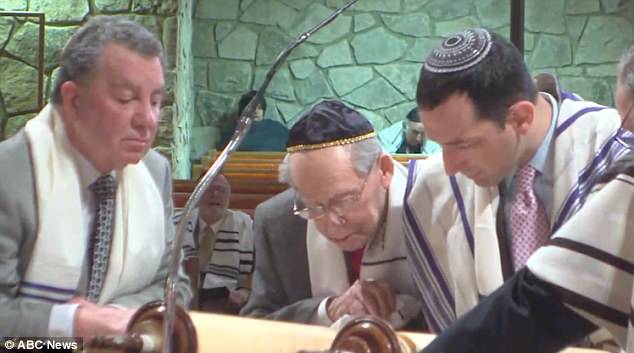 Now decades later he has finally taken part in the ceremony, which is usually performed when a Jewish boy turns 13 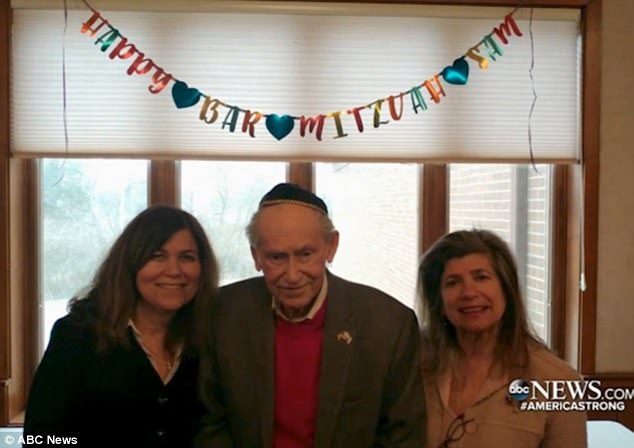 Recalling the moment she delivered the surprise, Linda said: ‘I told him “We’re not having just a birthday party today – it’s going to be your bar mitzvah”.’

Choking back tears on the emotional day, he told ABC News: ‘My parents didn’t live to be at my bar mitzvah.’ 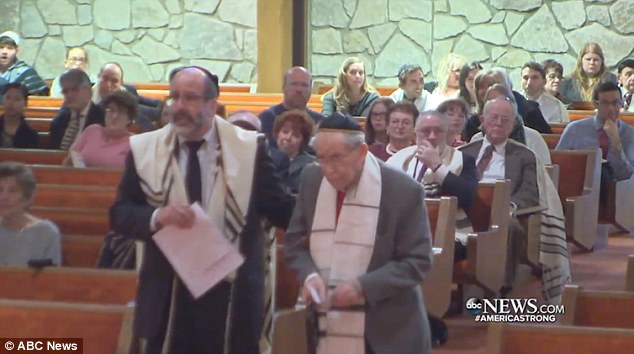 Surrounded by his community, he walks down the aisle of Beth Jacob Synagogue in Ohio 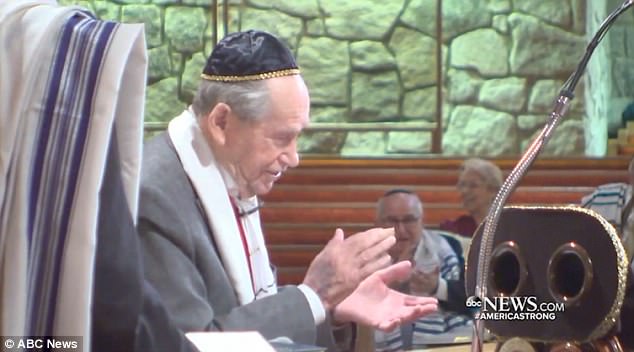 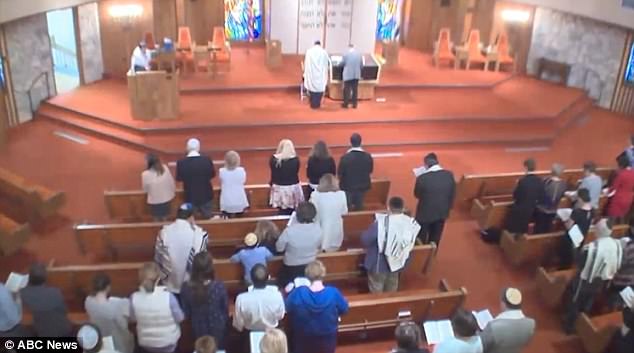 Heartwarming footage shows him walk down the aisle of the synagogue as his friends and family proudly watched.

He can be seen singing and reading from the Torah during the moving ceremony, then raise a toast.

Samuel, one of seven children – three boys and three girls – was born in 1924 in the small village of Biejkow in Poland. 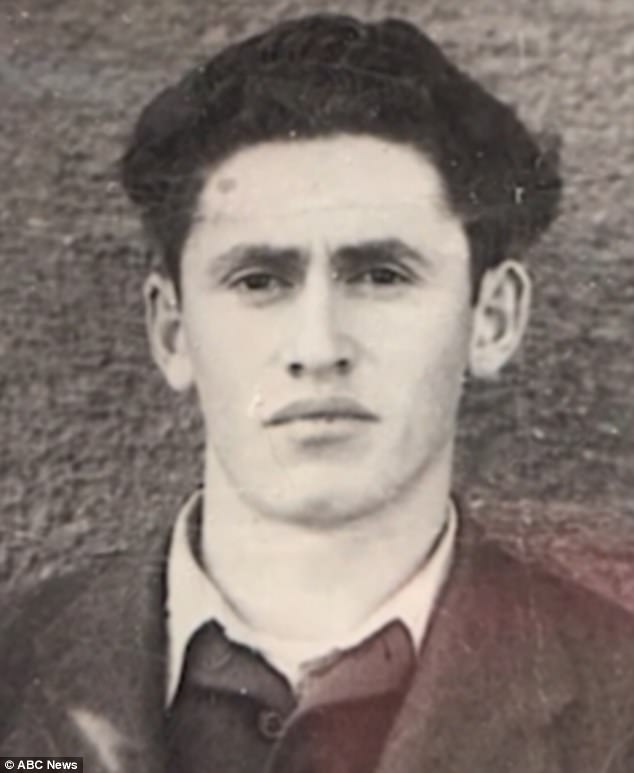 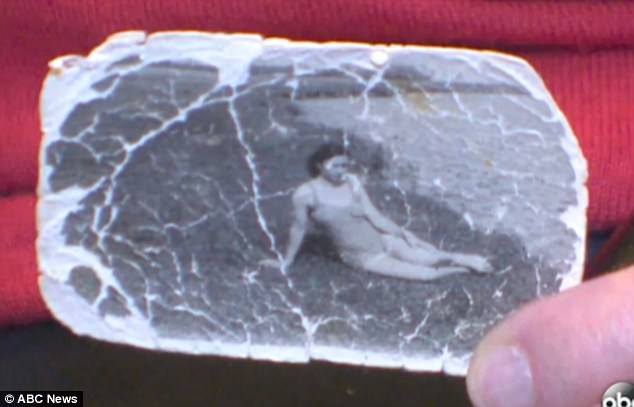 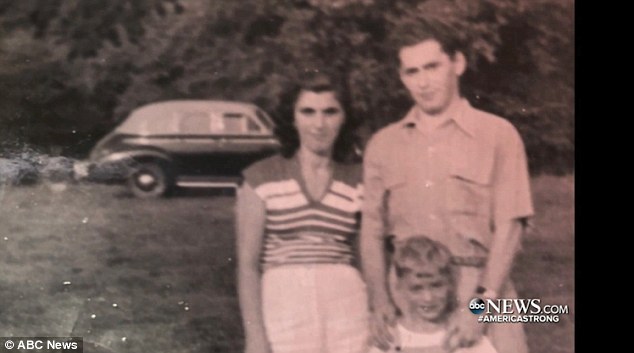 After the war Samuel emigrated to Dayton in Ohio and began his own family, marrying fellow Holocaust survivor Phyllis (pictured together with one of their three children)

What is a bar mitzvah?

The coming-of-age ceremony takes place when a Jewish boy turns 13.

It marks the child’s commitment to following the commandments of the Torah, the Jewish holy book.

From then on he will attend synagogue servives and take part in his community.

He will also wear the tefillin – black leather boxes containing parchments inscribed with biblical passages – on his head and upper arm during weekday morning prayers.

During the bar mitzvah ceremony, the child may be called up to the Torah, asked to lead services or deliver a speech.

Directly after the synagogue ceremony a party and festive meal is usually held.

The family’s farming land was confiscated by the Nazis in 1941.

They were forced to move to the town of  Bialobrzegi south of Warsaw with 80,000 other Jews.

A year later, the ghetto they were living in was destroyed and Samuel’s parents were sent to their deaths at the Treblinka extermination camp.

Samuel was at a work camp in the city of Radom and managed to survive the horror of the German occupation.

After the war Samuel emigrated to Dayton in Ohio and began his own family, marrying fellow Holocaust survivor Phyllis.

The pair had met in 1945 at the Bergen-Belsen concentration camp in northern Germany. She passed away in 2014.

The couple have three children and five grandchildren.