A $560,000 yacht up for sale for rock bottom price after being found ‘abandoned by drug smugglers’

A yacht allegedly carrying $1 billion worth of illegal drugs bound for Australia is being sold by police for a bargain price.

The $560,000 yacht, Zero, could be yours for just $95,001 after it was found abandoned by local fisherman off the coast of Western Australia.

It allegedly contained 40 hefty bags of cocaine, methamphetamine and ecstasy, weighing one tonne, hidden under piles of seaweed.

After the illicit cargo was discovered near Stick Island, part of the Abrolhos Islands, the 17-metre yacht was seized under the Customs Act.

Detective Superintendent Kate Ferry of the Australian Federal Police said: ‘While the yacht may not be in a pristine condition, its purchase will give the new owner an interesting tale to tell.’

The yacht sustained some damage when the skipper failed to navigate the Western Australian coastline and struck a reef – sparking the sea search that resulted in the unraveling of the alleged drug smuggling enterprise.

Fisherman alerted police in September after seeing the stricken vessel and finding it abandoned. 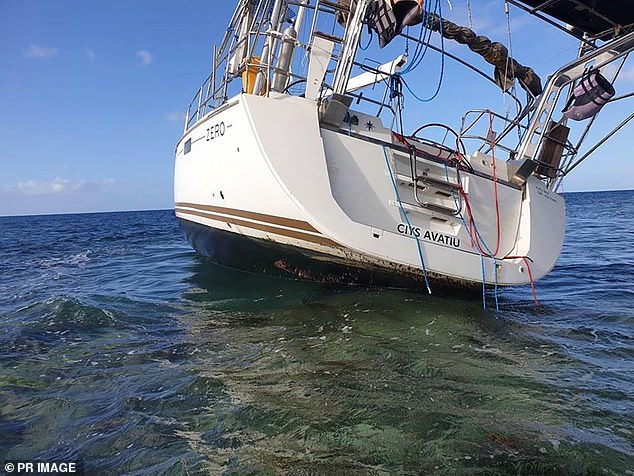 Police are now auctioning it off for just $95,001 after the drug smuggling operation

They are said to have traveled there using an inflatable dinghy powered by an outboard motor and paddles.

A crayfisherman is understood to have seen two figures on Burton Island ducking down to hide in bushes as the aircraft flew overhead – but they were soon thwarted by a bellowing seal.

‘When they got on the island, the guys made a run for their tender and there was this big, huge seal asleep between them and the tender,’ Geraldton Volunteer Marine Rescue Service vice commander Damien Healy said at the time.

‘They woke it up and it jumped up with its big chest out and bellowed at them.

The pair are believed to have sailed the boat across the Indian Ocean before running aground.

Three more men have subsequently been charged in relation to the case.

The five men are due to face Perth Magistrates Court on 17 January 2020, on a variety of Commonwealth and State drugs charges carrying penalties ranging from 20 years to life imprisonment. 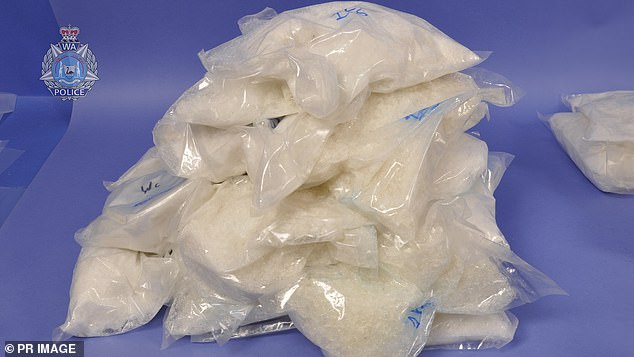 Just some of the $1bn worth of illegal drugs allegedly found onboard, including cocaine, methamphetamine and ecstasy.