A mother has revealed she is ready for Christmas after bagging £200 worth of toys for just £30 in an Asda sale.

Kyra Siobhan, from Thurmaston, Leicestershire, took to Facebook group Extreme Couponing and Bargains UK to share her finds with other bargain hunters, revealing how she had bought several £12 LOL Surprise balls for just £3 each, and £10 Super Mario action figure sets for £2 each.

She wrote: ‘Absolute bargains in Asda today! Wasn’t even going but decided to see if they had any of the lol bargains people mentioned. Nearly £200 worth for £30.

Kyra Siobhan, from Thurmaston, Leicestershire, revealed she is ready for Christmas as she bagged £200 worth of toys for £30 during an Asda sale 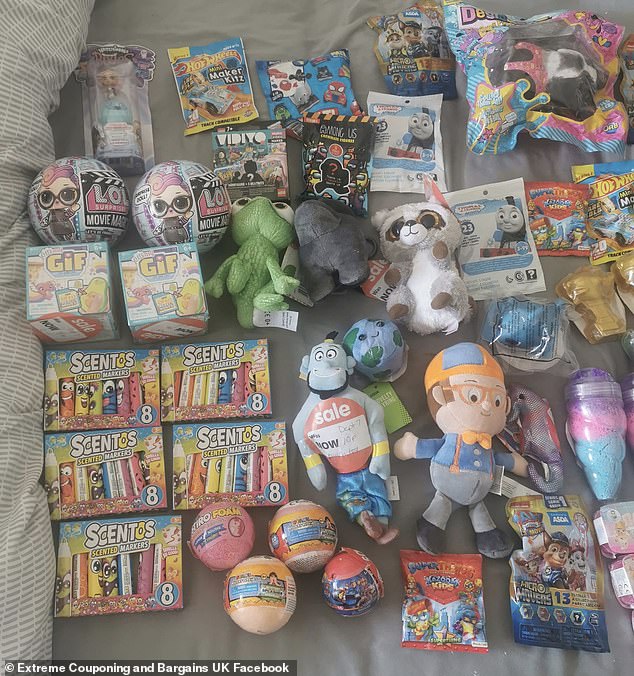 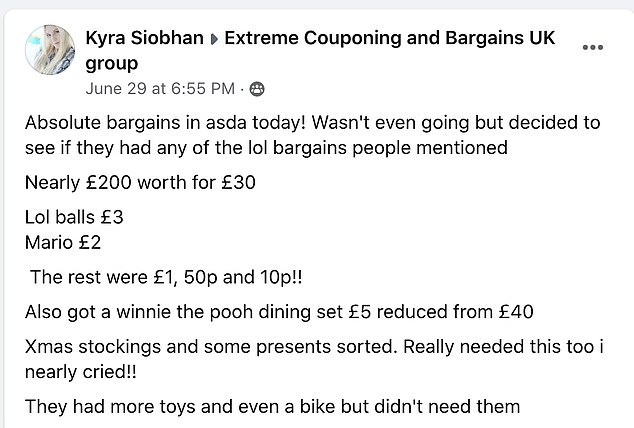 ‘Xmas stockings and some presents sorted. Really needed this too I nearly cried!! They had more toys and even a bike but didn’t need them.’

She showed off her incredible finds in a number of photos and said there were plenty of other bargains at the store.

‘They had more toys and even a bike but I didn’t need them,’ she added. 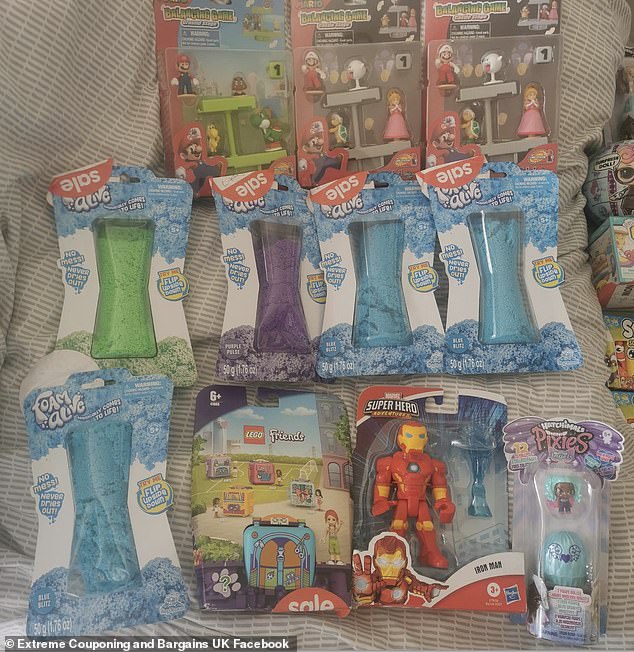 She got many bargain toys such as Foam Alive, Lego Friends, Pixies, Superhero figures and Mario sets

The excited mother showed off over 40 small ‘Christmas stocking’ toys for young children.

Other mums were impressed by Kyra’s finds and rushed to the comments section to praise her.

One person wrote: ‘Amazing bargains I’m going to pop in my local one tomorrow.’

While someone else said: ‘Amazing, so pleased you got some great bargains.’ 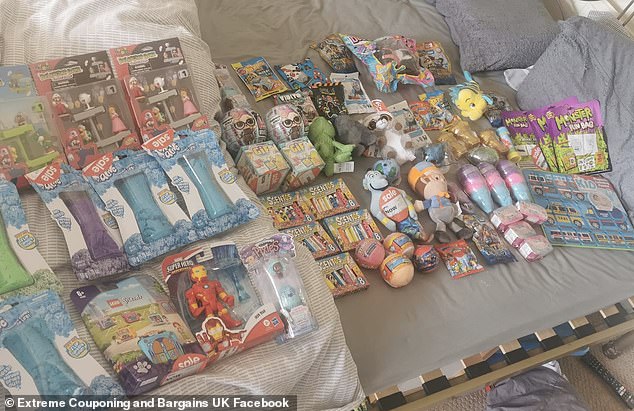 She wrote that the LOL balls were reduced to £3 each, the Mario sets were £2 and the rest of the goodies pictured were either 1.50 or 10p