A best friend for Archie? Misha Nonoo announces she is expecting a boy

Meghan Markle’s best friend Misha Nonoo has announced she is expecting a baby boy after declaring her pregnancy ‘pure magic’.

The New York-based designer, 33, and her oil heir husband Mikey Hess, 33, revealed her baby’s gender for the first time in an interview with People magazine, saying: ‘I’m so excited to meet our little baby when he comes!’

Misha, who is rumoured to have introduced Meghan Markle, 38, and Prince Harry, 35, also said that, like any friend, the Duchess has shared ‘lots of tips’ about motherhood with her.

Meghan Markle’s, 38, close friend Misha Nonoo, 33, has revealed she is expecting a boy with her husband Mikey Heiss, 33 (pictured, Meghan and Misha pictured together in 2015) 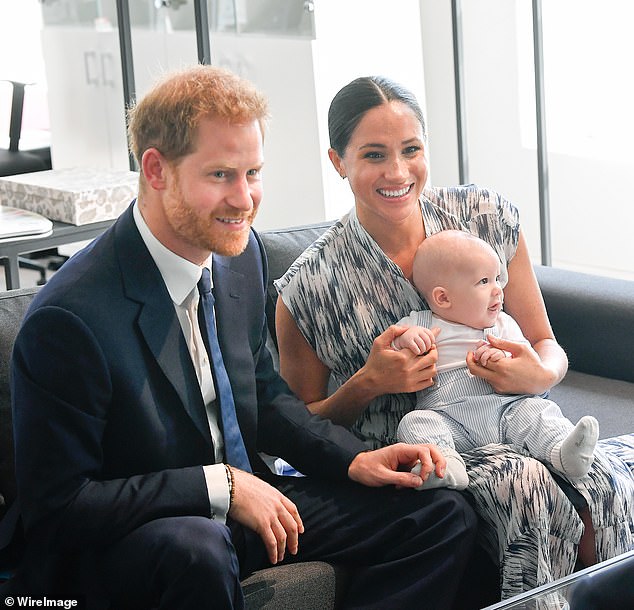 The news comes less than a year after Meghan welcomed baby Archie with Prince Harry, 35, (pictured together in September 2019)

Discussing her pregnancy, she explained: ‘We are so thrilled, it’s just really exciting. It’s a very grateful time of life. It’s pure magic.’

Her announcement comes less than a year after close friend Meghan gave birth to baby Archie in May.

Misha went on to hint that Meghan has already been sharing her advice about becoming a first time mother.

The designer revealed: ‘As with all friendships, you share lots of tips and everything.’ 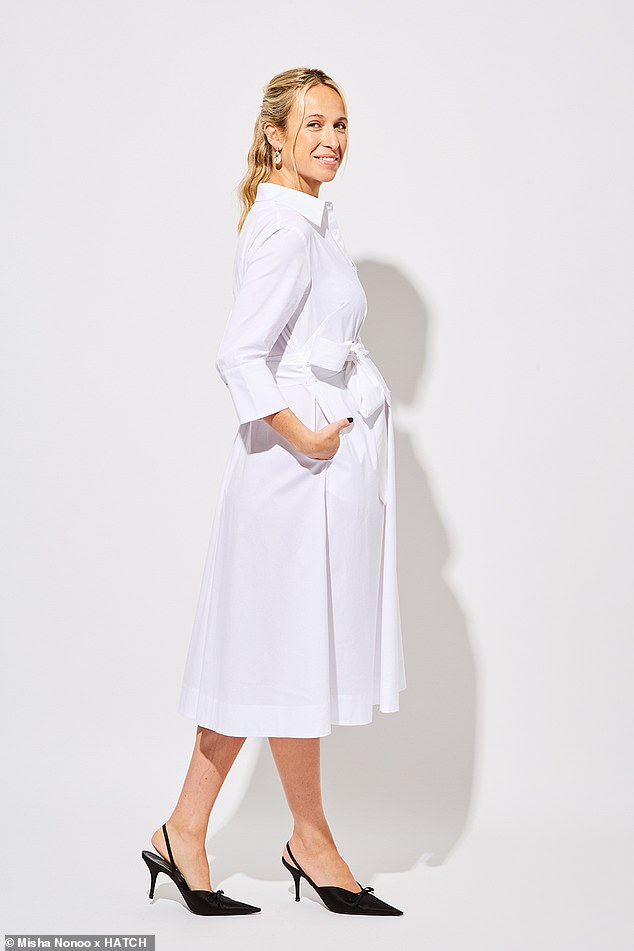 Mother-to-be Misha also hinted that Meghan had been sharing her tips and tricks for becoming a new parent (pictured, revealing her baby bump on a recent photoshoot)

Misha married her husband Mikey in a ceremony in Rome in September that was attended by Prince Harry, Meghan, Princess Eugenie, 29, and Princess Beatrice, 31.

She announced her pregnancy at the end of last year and, although it is not known when her due date is, she said she has ‘just a little bit longer to go’ until she welcomes her son.

Misha is believed to have been close to Meghan for many years, with the Duchess continuing to support her friend by wearing Misha Nonoo designs over the years.

Meghan donned the famous ‘Boyfriend shirt’ for her first appearance alongside Prince Harry, and also wore another of Misha’s designs for her final day of meetings in the UK before she jetted off to Canada earlier this month. 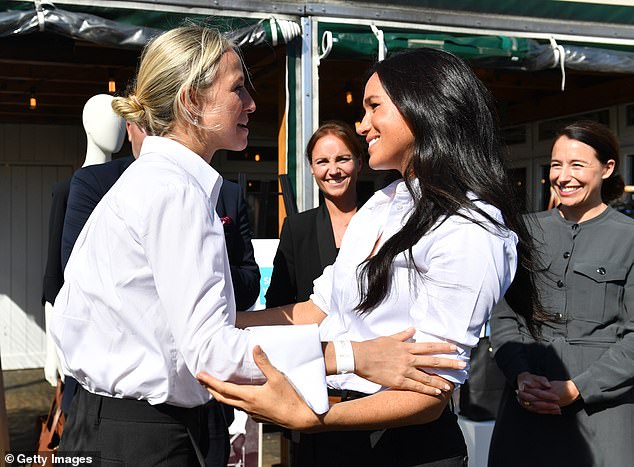 Misha, who worked with the Duchess on her Smart Works charity line, recently opened up to FEMAIL about her friendship with the royal.

Reflecting on the experience of working together, Misha described Meghan as ‘the ultimate professional’ and very ‘considerate’ of the women the collection was helping.

She said: ‘It was such an ideal, incredibly easy collaboration. It was, from start to finish, wonderful, thoughtful, considerate, as is she.’