By Rajat Rai and Hemant Upadhyay

His efforts come after the BJP has heavily criticised for comments from Sangeet Som calling the 17th century monument ‘a blot on Indian culture’ that was built by ‘traitors’.

However, his visit was ‘officially’ meant for announcing developmental schemes worth nearly Rs 350 crore and a visit to Taj Mahal was barely a part of his busy schedule. 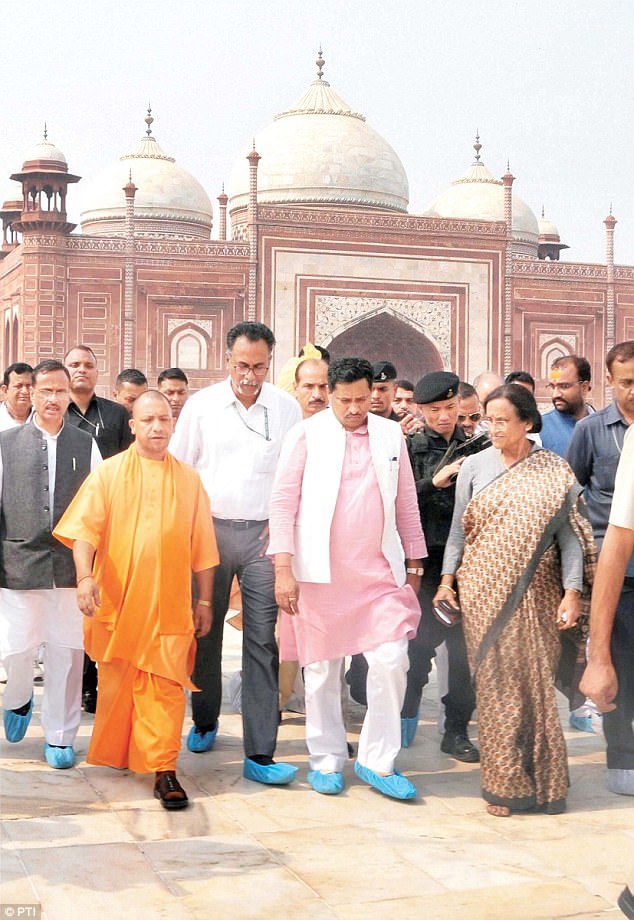 Yogi also took a broom and went ahead with a cleanliness drive at the western gate of Taj Mahal and was also accompanied by over 500 supporters and locals.

Accompanied by scores of security personnel, officials and jostling crowds of supporters, Adityanath spent nearly half an hour in the Taj complex, gazing at the architectural marvel before going inside.

He also posed for photographs with foreign tourists and took the time to speak with them.

Chants of ‘Bharat Mata Ki Jai’ and slogans in Adityanath’s praise was heard as he walked the path leading to the Taj Mahal, along with state Tourism Minister Rita Bahuguna Joshi.

He entered from the western gate, where he cleaned the road, and exited from the eastern gate, going straight for a presentation by the Archaeological Survey of India. 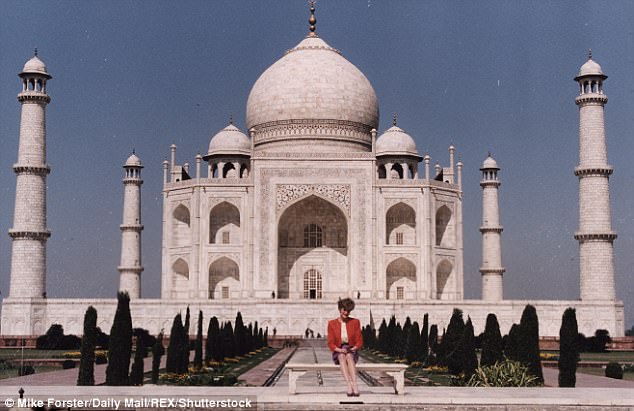 The Princess of Wales in front of the Taj Mahal, during a Royal tour of India 1992 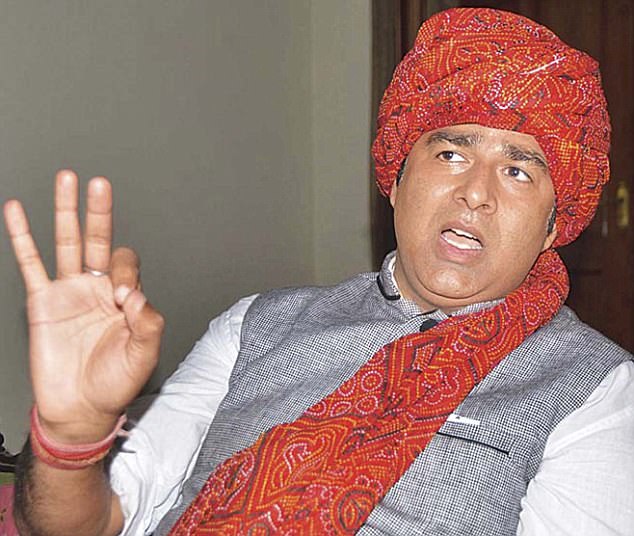 BJP’s fire-brand MLA from the Sardhana seat of western UP Sangeet Som sparked a controversy when he termed Taj as a blot on India’s culture and also went ahead to say that it was built by traitors.

However, in a significant departure from his ‘pre-election’ statements on Taj, Yogi was quick to call it ‘pride of India’ and also referred to it as a ‘world class monument.’

‘No matter why it was built or who built it….. The hard work and sweat of Indian labourers is included,’ Yogi once again clarified on Thursday.

‘The monument’s security and developing more scopes on tourism is the responsibility of the state government and our priority is to provide world class facilities and security to each and every tourist,’ he added.

Notably, it was the first ever visit by a BJP chief minister to Taj Mahal.

Two years ago, former CM Akhilesh Yadav visited the mausoleum along with his wife Dimple Yadav on Valentine’s Day, and also clicked pictures on the famous Diana Bench. 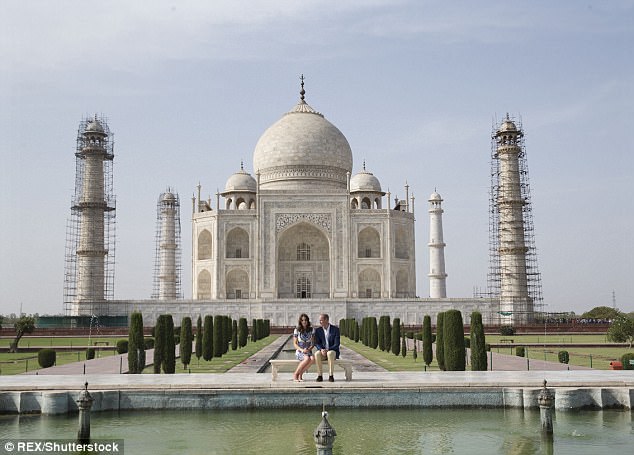 Catherine Duchess of Cambridge and Prince William at the Taj Mahal

Meanwhile back in the state capital, Akhilesh took the opportunity launch an indirect attack on CM Yogi and the central government, and called upon his party cadre to prepare for the 2019 elections.

‘It is good that the broom was picked up on time….. I would also like to thank lord Ram that the process to clean up the waste has begun.

‘The time to clear up the mess has come, and it could be effectively done by only those who could differentiate it properly’, Akhilesh said.