Revealed: A boiled egg with soldiers is Britain’s favourite way to enjoy an egg (and five minutes and 10 seconds is the perfect boiling time)

How do you like your eggs in the morning?

Britons have revealed in a survey that their favourite style is soft boiled with soldiers, with 31 per cent voting the humble dippy egg with toast as the No1 method of egg consumption.

The classic fried egg came a close second (27 per cent), followed by scrambled (18 per cent) and then poached (16 per cent).

According to the survey, as many as 65 per cent agree that the perfect boiled egg has a runny yolk and is served with toast cut into ‘soldiers’.

It should be cooked in boiling water for exactly five minutes and ten seconds, with an overriding 77 per cent saying you simply cannot enjoy a boiled egg without cutting up strips of toast to dip into the yolk.

The egg-eating capital of the UK, according to the study, is Stoke-on-Trent, where residents enjoy an average of eight eggs every week, compared to the national average of six.

The survey of 2,000 Britons, by British Lion Eggs for British Egg Week, also found that how you like your eggs cooked may say more about you than you think. 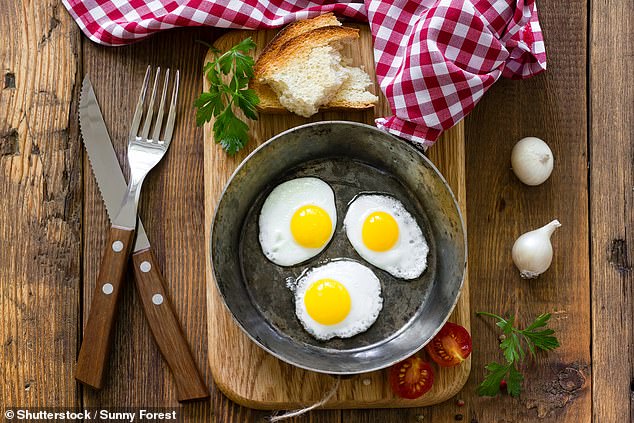 Britons who prefer scrambled eggs are the most likely to be high-aiming go-getters, according to researchers, with 28 per cent of those surveyed saying they are ambitious, compared to an overall average of 22 per cent.

But suppose you prefer your eggs in an omelette. In that case, researchers say you’re likely to be a passionate and generous lover, with 21 per cent of respondents claiming to be excellent between the sheets, compared to an overall average of 17 per cent.

The survey also found that people who like their eggs poached tend to be magnanimous folk with 53 per cent saying they are generous, compared to an overall average of 43 per cent.

The study also revealed that some egg cooking techniques might soon be consigned to the history books, with 38 per cent of 16 to 29-year-old’s having never tried a souffle.

Yet half (50 per cent) of this age group regularly eat ‘cloud eggs’ – the Instagram breakfast trend involving whipped egg whites and a golden runny yolk.

And 91 per cent of Britons said they would always prefer to eat a British egg than an imported one.

Andrew Joret of British Lion Eggs said: ‘Despite eggs playing a starring role in many different dishes, it seems that one of the simplest ways to enjoy them is still one of the best-loved.

‘Quick, easy and with minimum effort required, perhaps it’s not surprising that boiled egg and soldiers is still the nation’s favourite way to cook eggs.’