A brilliant new book about the Suffragettes

They marched and they petitioned and they campaigned. They did battle with the police and the judiciary. They were assaulted and jeered and spat on. They suffered the humiliations of imprisonment and force-feeding. And in the end they got what they wanted. February 6 this year marks the centenary of the Representation of the People Bill receiving Royal Assent and becoming law. Women, at least those aged over 30 and property owners, were given the right to vote. It had been a long time coming.

Jane Robinson’s Hearts And Minds is a fine and sometimes moving account of the struggle for suffrage in the late 19th and early 20th centuries. It tells remarkable stories about ‘ordinary people doing extraordinary things’ for the sake of something we take for granted today: a share in democracy. One of the most significant, and yet oddly neglected, stories is that of the Great Pilgrimage in the summer of 1913. From all corners of the country women of every age and class embarked on a six-week march to London, risking reputation – and sometimes life and limb – to make Parliament listen to their demand. It is one of the noblest mass demonstrations of ‘people power’ ever witnessed in this country. 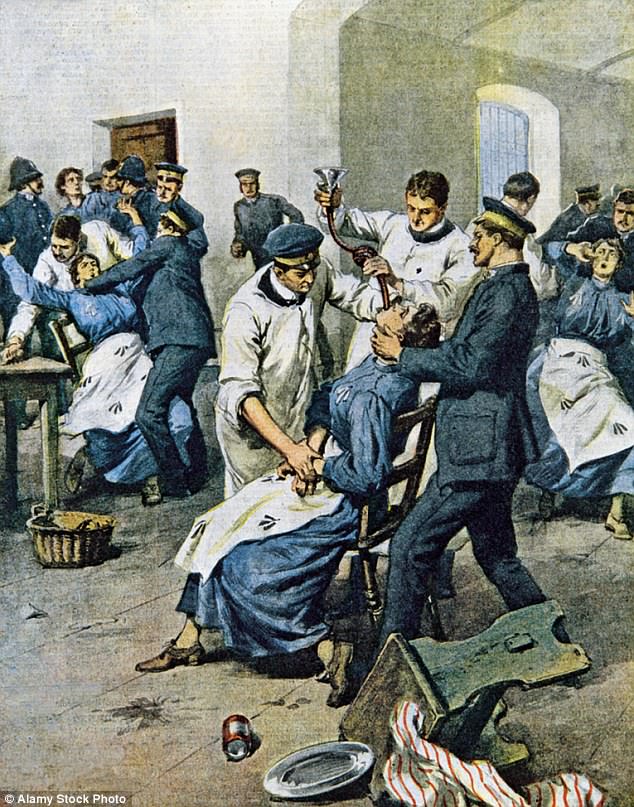 Jane Robinson’s Hearts And Minds is a fine and sometimes moving account of the struggle for suffrage. Pictured, a 1913 engraving of Suffragettes being force-fed in prison

Robinson draws a vital distinction here between the two major wings of the women’s movement. The Great Pilgrimage was undertaken by the National Union of Women’s Suffrage Societies, ie, ‘suffragists’ who protested by peaceful and constitutional means – speaking in public, fundraising, demonstrating before people either indifferent or hostile to the idea of a woman voting. The most forthright thing a suffragist could do was to defy the Inland Revenue: if they were excluded from the rights of their country’s citizenship, why should they pay its taxes?

Opposing these peaceable women were the ‘suffragettes’ – a name coined in 1906 by the Daily Mail – who grabbed the headlines with their militant tactics: ‘Deeds Not Words’ was their motto. They united under the leadership of Emmeline Pankhurst, a formidable Mancunian matron who represented the public face of this countrywide revolt. She called women’s suffrage ‘a movement to set free half of the human race that has always been in bondage’. Her bravery was beyond doubt, but her autocratic personality would alienate friend and foe alike; even her own daughter Sylvia became estranged.

While the author’s own sympathies are with Millicent Fawcett, head of the NUWSS, and her band of non-militant sisters, it’s true that the most compelling dramas surrounded the violence that was done by, and to, women in the ten years up to 1914. Robinson tells stories of courage and despair familiar from previous accounts, like that of Kitty Marion, who, imprisoned for stone-throwing, lost 36 lb in weight while on hunger strike. She was forcibly fed 232 times. Or that of Emily Davison, trampled to death beneath the King’s horse on Derby Day in June 1913, just weeks before the Great Pilgrimage was due to start. Her terrible sacrifice was exactly the sort of outrage the suffragists feared, given that a large proportion of the public regarded both ‘-gettes’ and ‘-gists’ as a single army of troublemakers. Mrs Fawcett, trying to pre-empt the dangers facing the marchers, declared that the keynote of the pilgrimage would be ‘joyousness’ and ‘happiness’, not grim-faced confrontation. 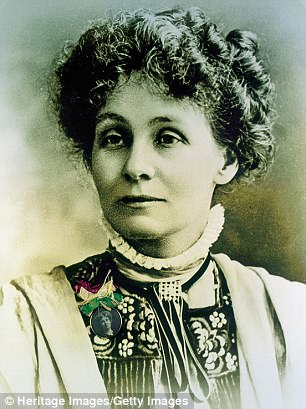 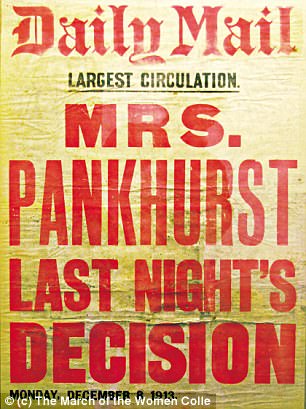 But they would meet confrontation nonetheless. The hindsight of a century makes us wonder at their enemies, not just the ‘antis’ – what could be more absurd than women joining ‘anti-suffrage’ societies aimed at excluding women from politics? – but ordinary folk who would plainly have benefited from universal suffrage. Perhaps they took their cue from Queen Victoria, who called women’s rights a ‘mad, wicked folly’ and proposed that one suffragist be given ‘a good whipping’. Nor should it be forgotten that some campaigners were married to men who resented the idea of their wife as a political rebel: ‘Public disapproval could be faced and borne, but domestic unhappiness, the price many of us paid for our opinions and activities, was a very bitter thing.’

Sporting the NUWSS colours of red, green and white, the women set out from Carlisle and Newcastle, Cromer and Yarmouth, Bangor and Land’s End, Portsmouth, Brighton and Margate. Despite carrying banners with such slogans as ‘By Faith Not Force’, the pilgrims were sorely tried along the way. Marjory Lees and her friends found their caravan under siege from a ravening mob in Thame, of all places. Some were roughed up by crowds who took them to be arsonists and street-fighters. From Stoke to High Wycombe they were pelted with rotting vegetables, dead rats, rocks, cow pats, even bottles of poisonous gas. And yet they also met with kindness and hospitality, sometimes from people opposed to their cause. A certain ‘anti-suffrage gentleman’ named Mr Bark invited a group of weary pilgrims to his home for a meal, and made them breakfast next morning, too – a case of Bark offering more than a bite. 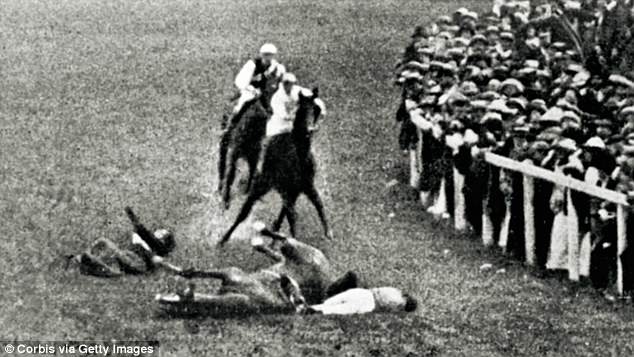 Robinson writes in a breezy, conversational tone free of piety. She is respectful without being reverential, highlighting individual courage and enterprise among the pilgrims – such as Alice New, a Birkenhead woman who, with her mother, sister and aunt, joined the Watling Street march; or Selina Cooper, a Lancashire millworker turned union activist, and a brilliant public speaker for the women’s movement; or Gladys Duffield, a Cumbrian wife and mother who, after the war, became a professional pianist and composer. You cannot help but be cheered by their example of selflessness, of supporting a cause in the face of severe discomfort, verbal abuse and random missiles. Even the Prime Minister, Herbert Asquith, long-time enemy of women’s suffrage, was impressed by their endurance and invited a deputation from the NUWSS to Downing Street.

Unfortunately, militancy trumped moderation in terms of newsworthiness, and while the suffragettes continued their campaign of disorder, the government refused to budge on the issue of the vote. It took the intervention of the First World War to effect a change. Women en masse came to the country’s aid and served in workplaces left unmanned by the fighting. They proved to the authorities that they were the equal of men. But, as Hearts And Minds reveals, many of them would not have been so effective in organising and accepting responsibility had they not been through the crucible of suffrage work. Adversity had already steeled them.