Duped by desserts: How fraudster swindled cash from a cakemaker with a personalised birthday treat

A cakemaker has become the victim of a scam after a customer ordered a personalised cake with one bizarre request.

The baker from Brisbane was approached online by a customer who asked that their cake be filled with cash.

The baker obliged, parting ways with a ‘substantial amount of money’ that was placed inside the cake, Nine reported.

On arrival to the bakery the dodgy customer briefly showed the baker a screenshot of a bank transfer receipt, before leaving the shop with the money cake in hand.

The scam victim would later find out the receipt was a fake, never receiving the agreed upon payment in their bank account.

The cakemaker took the theft to police who are continuing their investigation.

‘Money cakes’ are filled with coins or cash notes designed to surprise the recipient when they cut into the dessert. 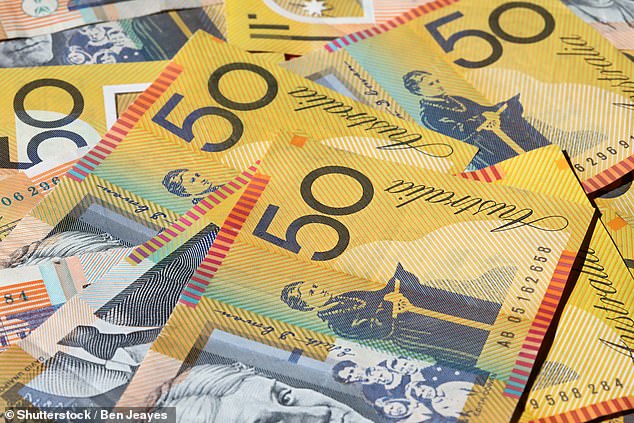 The cakemaker was approached online by a customer who asked their cake be filled with cash, and offered a screenshot of a fake bank transfer receipt

In June of last year the Australian Competition and Consumer Commission reported that Australian’s lost an accumulative $634 million to online scams.

The ACCC stated there were more than 353,000 combined reports to Scamwatch, other government agencies and the four major banks.