California father is accused of tossing his daughter, one, to her death off a steep cliff after stabbing the girl’s pregnant mother and a bystander

A California dad allegedly tossed his daughter, one, off a ‘steep cliff’ to her death after stabbing her pregnant mother and a bystander who tried to help.

Adam Slater, 49, from Palm Desert, crashed his vehicle on Highway 74 in the Coachella Valley at around 9am on Wednesday morning, police say.

Authorities discovered his upturned car along Highway 74, around half an hour after reports of the initial stabbing outside Southwest Church. 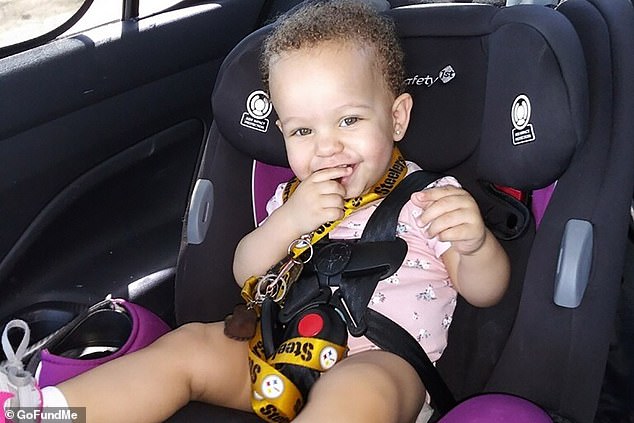 Madalyn Payton Slater (pictured), aged one, was thrown off a cliff edge to her death on Wednesday morning 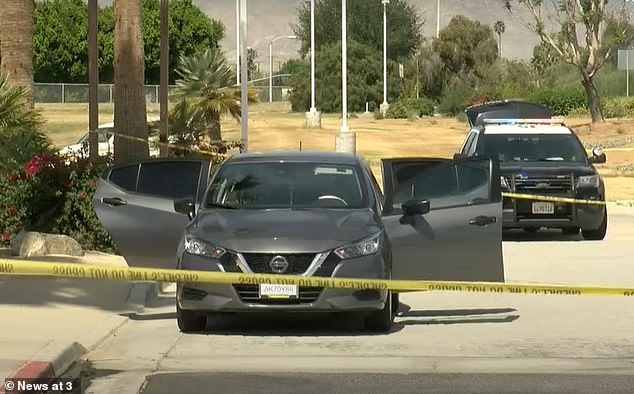 The crime scene.  Slater allegedly snatched his daughter Madalyn Payton Slater from a Good Samaritan who attempted to intervene and help the child, before allegedly stabbing the man and fatally tossing his daughter into the ravine

Slater then allegedly snatched his daughter from the Good Samaritan, before allegedly stabbing the man and fatally throwing his daughter over a steep cliff into the ravine.

Thirty minutes prior, Slater had stabbed his pregnant girlfriend Ashley Grome, 23, and left her for dead in an Indian Wells parking lot, police and relatives allege.

‘The suspect then took the girl from the arms of the male he stabbed,’ a police press release stated. 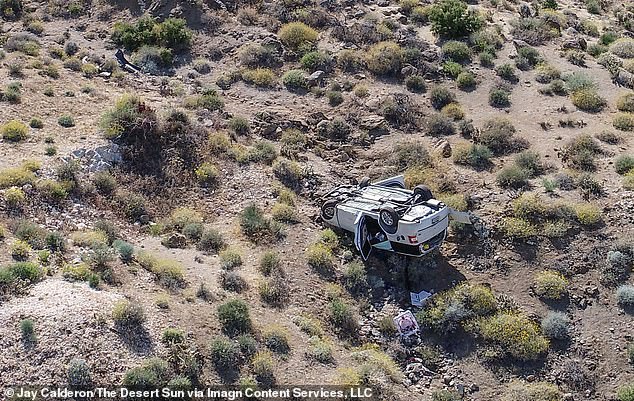 The upturned vehicle of Adam Slater, 49, who allegedly crashed the car after stabbing his pregnant girlfriend in a brutal ‘domestic violence incident’ 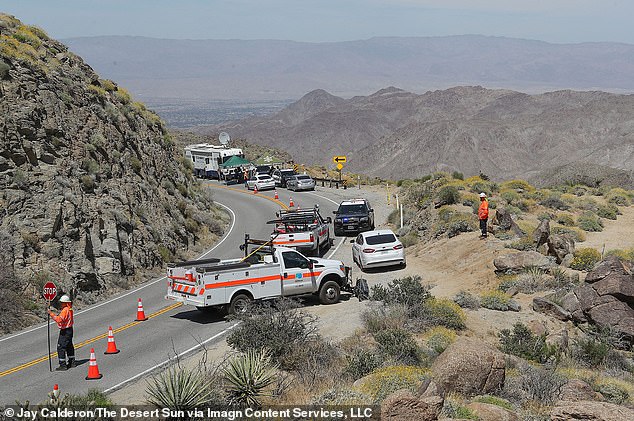 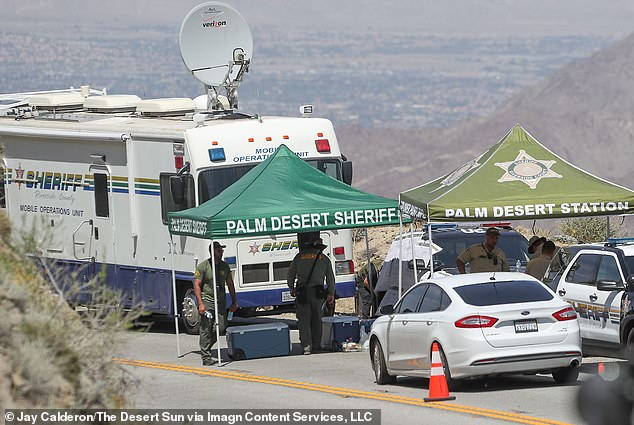 Riverside Coutny Sheriff’s Department officers and other police work at the scene. ‘The suspect then took the girl from the arms of the male he stabbed,’ a police press release stated

‘Multiple witnesses saw the suspect take the child and throw her over a steep cliff into a ravine. The suspect then fled on foot into the canyon.’

Investigators have described the alleged brutal attack as a ‘domestic violence incident’.

Grome survived the incident and has set up a GoFundMe page to help cover her daughter’s funeral costs.

‘I am the mother of Madalyn Payton Slater, the one-year-old baby girl who was killed on May 6, 2020 by her father when he drove off of Highway 74 after beating and stabbing me, then leaving me to die in the Southwest Community Church parking lot,’ she wrote. 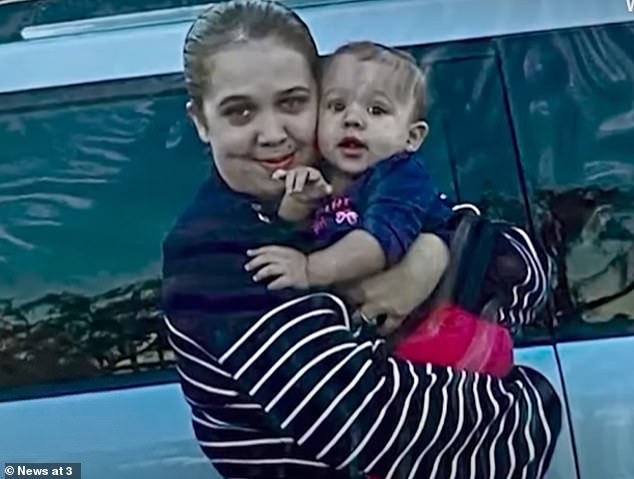 Half an hour prior, he had stabbed his pregnant girlfriend Ashley Grome, 23, and left her for dead in an Indian Wells parking lot, police and relatives allege. Above, Ashley pictured with her daughter

‘My daughter was the absolute love of my life and she meant everything and more to me.

‘Everything I did and everything I will do for the rest of my life is for her. She was beautiful and her smile was contagious, even after a bad day, she always cheered me up. She was taken from this world way too soon.

‘I want to have a beautiful funeral to honor Madalyn and would really appreciate any help I can get through this GoFundMe for the expenses.’