She was able to stop wars, befriend presidents, build a global empire of orphanages and have sick prisoners released from prison. Yet Mother Teresa also covered up for the worst excesses of the Catholic church and seemed more attracted to poverty and pain than actually helping people escape it.

That’s the claim in a compelling new three-part Sky documentary series Mother Teresa: For The Love Of God, which talks to some of her closest friends and bitterest critics and serves as a thorough reappraisal of one of the most famous women of the last century.

Born Agnes Gonxha Bojaxhiu in Skopje, now North Macedonia, in 1910, Mother Teresa’s father died when she was eight, plunging the family into poverty. She took solace in the church and, aged 12, decided to become a nun.

At 18 she went to Dublin to join the Catholic Sisters of Loreto order, and a year later she moved to Calcutta, now Kolkata, to become a teacher. Witnessing the misery and death caused by the Bengal famine of 1943 – when scores of dead bodies were left lying in the streets – had a profound impact on her, and three years later she claimed Jesus spoke to her on a train, giving her fresh instructions.

Mother Teresa in 1979. Born Agnes Gonxha Bojaxhiu in Skopje, now North Macedonia, in 1910, Mother Teresa’s father died when she was eight, plunging the family into poverty. She took solace in the church and, aged 12, decided to become a nun

‘I was to leave the convent and help the poor,’ she later wrote. ‘It was an order. To fail would have been to break the faith.’

The church gave her permission to start her own order, the Missionaries of Charity, and she chose a new habit; a simple white cotton sari with a blue border. From the start, her compassion and charm were twinned with an irresistible steeliness.

Navin Chawla, a civil servant who became a close friend, witnessed it when she asked a regional lieutenant-governor for some land where she could care for people with leprosy. She reduced the governor to tears and was given more than double the amount of land she had hoped for.

‘She had the cunning of a peasant,’ Navin recalls. ‘She was very focused, slightly obstinate. I just fell in love with her.’

Word started to get around, and in 1969 a BBC documentary team started to investigate. ‘I didn’t know whether to be sick or to weep,’ producer Peter Chafer recalls of the day she took them round her missions.

‘The experience of those places was almost too much to bear. Here was this nun who had taken on what most people would avoid. 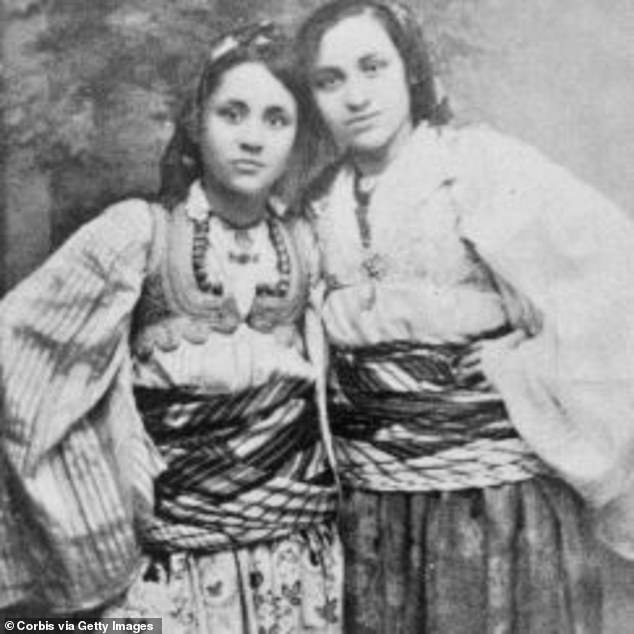 Mother Teresa as a young girl (left) with her older sister Aga. At 18 she went to Dublin to join the Catholic Sisters of Loreto order, and a year later she moved to Calcutta, now Kolkata, to become a teacher

‘She was quite an extraordinary woman. I thought, ‘Let’s try and put her on the map.’ When the documentary came out, everyone went mad.’

She became an overnight celebrity, money poured in, and in 1979 she won the Nobel Peace Prize. But was all as it seemed?

The series shows there were issues from the start British doctor Jack Preger worked with her charity, and was shocked by what he saw. ‘The nuns weren’t delivering proper care,’ he says.

‘Needles were used over and over unsterilised. One woman with burns was refused painkillers – I smuggled some in for her.

Her nuns had to whip themselves, wear chains with spikes… she believed suffering redeemed the world

‘They had the money to run a decent hospital for poor people, but they never did. They said, ‘We will pray for the alleviation of pain without providing treatment.’

Pain was not just a by-product of her work, but an integral part of it. Nuns were instructed to whip themselves and wear wire chains with spikes on.

Mary Johnson, who worked with Mother Teresa for 20 years, says, ‘Her spirituality was connected to Jesus on the cross.

‘He gave his life in pain and she believed that to give of oneself with suffering was the greatest value. The idea was that suffering redeemed the world.’

By the 1980s her profile had never been higher. She demanded a ceasefire in Beirut in 1982 to save some orphans, and amazingly it happened.

Three years later she had prisoners dying of AIDS in a New York prison released. By now around £100m a year was coming into her organisation, but most of it was being paid into the Vatican bank. 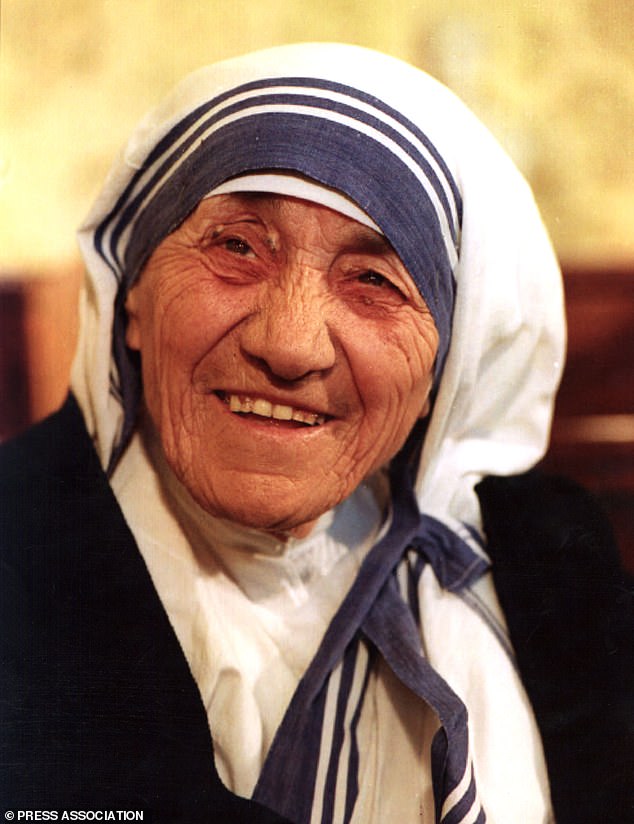 Pain was not just a by-product of her work, but an integral part of it. Nuns were instructed to whip themselves and wear wire chains with spikes on

‘She thought being poor was good because Jesus was poor. It’s schizophrenic,’ says Mary Johnson.

The last decade of Mother Teresa’s life was perhaps the most difficult.

She was struggling with old age, but the church was calling on her to help save it from the growing scandal of child abuse by priests.

‘They would send her to towns where scandals were being unearthed,’ says Mary. ‘­She could change the story.’

How much did she know? It’s impossible to say but, as revealed in the show, when Reverend Donald McGuire was suspected of abuse, she wrote a letter to the authorities insisting on her ‘confidence and trust’ in him.

It left him free to abuse hundreds of boys for another decade.

Her involvement in the scandal was hushed up, but her legacy had been tainted. Was she saint or sinner… or a bit of both?