Couple transform their ‘drab’ caravan into a glamorous holiday home with furniture they found in SKIP BINS – and save $3,000 in the process

A couple have transformed their ‘drab’ caravan into a luxury holiday house by ransacking secondhand stores and skips for furniture.

Linda Bennett, 30, and her husband Chad, 29, who are from Singleton, New South Wales, purchased the static van in Forster five months ago and spent three months revamping it on the cheap.

The cost of transforming the luxury hideaway came in at $3,000 under their $5,000 budget, which means they have extra funds to spend on their unborn baby and Linda’s other two children Vincent, two, and Hayley, one. 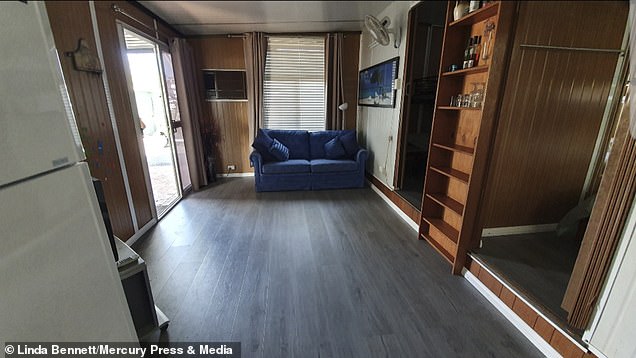 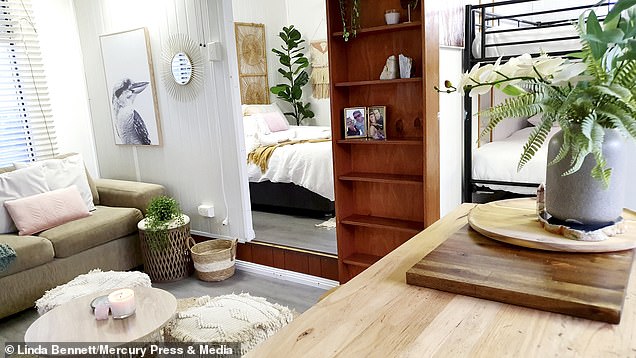 Linda, who is seven months pregnant, said people who visit the property can’t believe it only cost them $2,000 to strip bare and start afresh.

‘I found my bedhead in a junk pile and just cleaned it up a bit,’ she said of her crafty ways.

‘We picked up the island for the kitchen from a junk pile on the side of the road, sanded the top and painted it to look good as new. I’m quite creative so I love doing things like that.’ 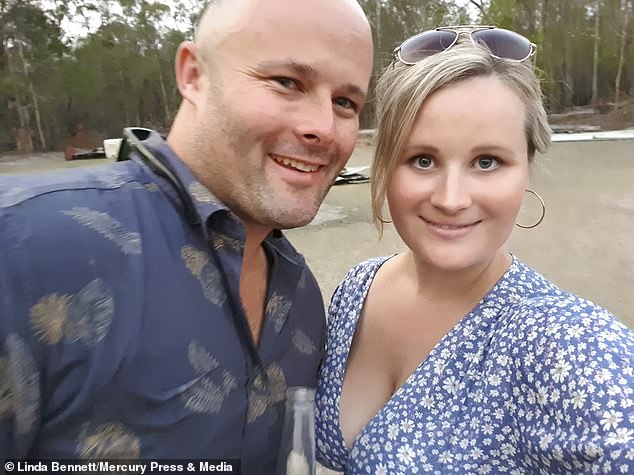 Linda Bennett, 30, and her husband Chad, 29, have a holiday home in Forster 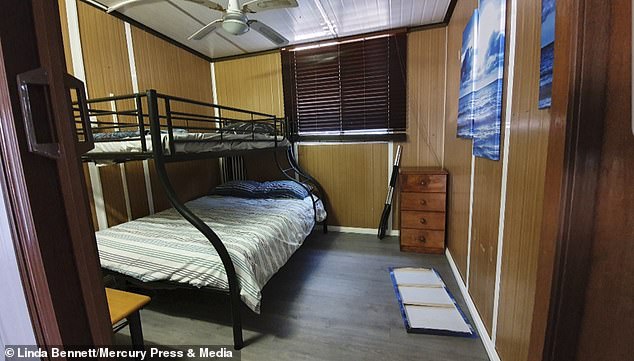 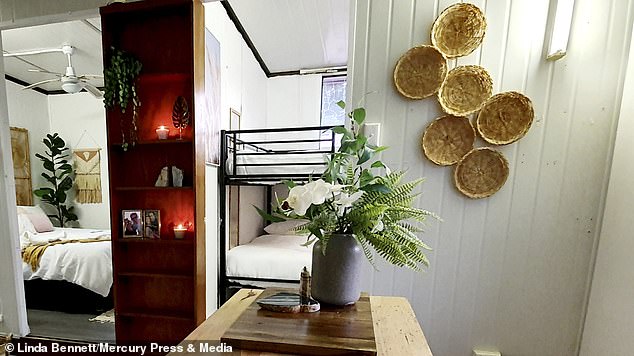 BEFORE AND AFTER: The second bedroom, which contains bunk beds, were redone with the white paint on the walls giving it a coastal feel 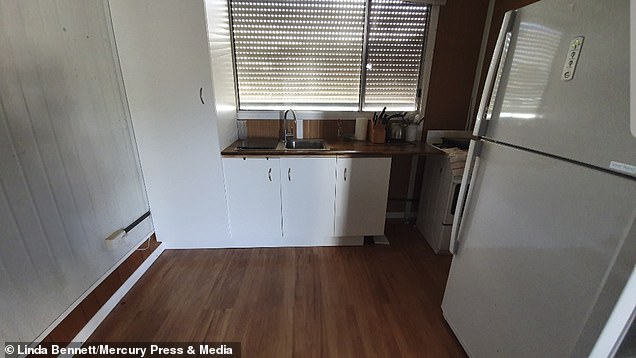 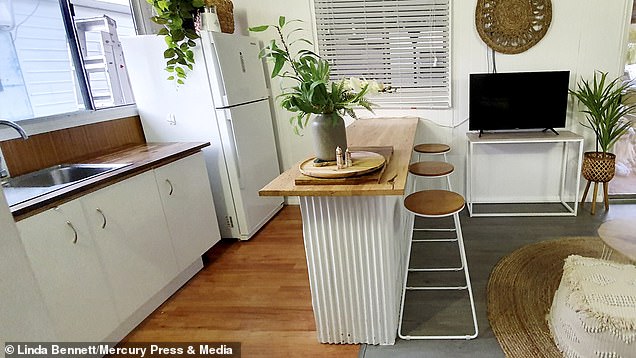 Linda believes that not everything should have to be brand new and ‘if you look in the right places’ you could score a mammoth deal.

The couple paid $14,000 for the caravan late last year, with hairdresser Linda and fitter Chad spending three days a week decorating it themselves.

Linda managed to save a huge portion of her budget by buying ornaments for 50 cents apiece in secondhand shops and the rest of the furniture on Facebook marketplace.

‘We found a lot of stuff in the Boxing Day sales. The sofa in the lounge folds into an extra bed and its super comfy,’ she said. 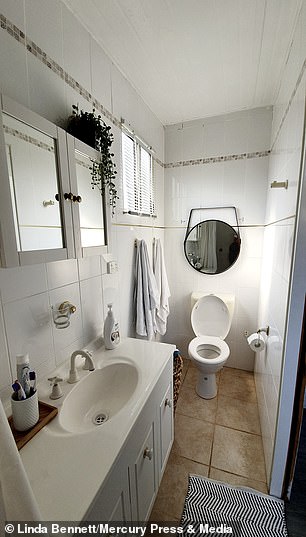 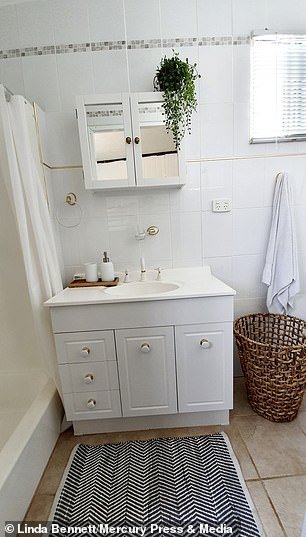 The couple paid $14,000 for the caravan late last year, with hairdresser Linda and fitter Chad spending three days a week decorating it themselves 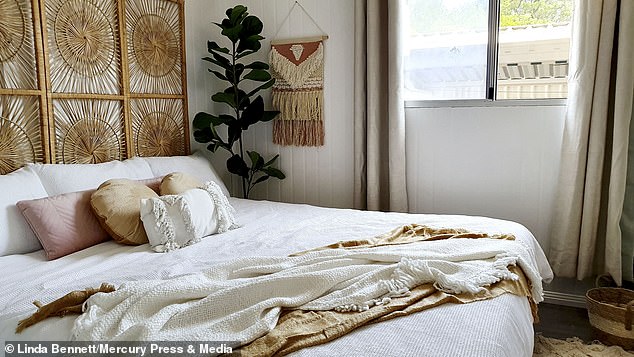 ‘It was only $100 on Facebook and the plates hung on the wall were 50 cents each. You can get really nice things in secondhand shops.’

They gutted the entire caravan and painted it, all while trying to entertain their toddlers.

‘We had a lot of work to do because the roof needed fixing and we had no hot water. We did it all with two kids running around,’ Linda said.

‘Chad is really handy. We did everything ourselves and we had the kids here the whole time because we don’t really have any family around.’

Calling the result ‘so beautiful’, Chad and Linda couldn’t be happier with their holiday home, and know their kids will grow up enjoying the surrounds.