A delightful dawdle down the Douro on the AmaVida cruise ship

When in Porto, you should really sample its most famous product: port wine.

Sadly for me this is something that triggers troubling childhood memories. Was I alone in finding the ‘Sandeman man’ – a sinister faceless figure in cape and wide hat – the stuff of nightmares?

I grew up in a village in Wales with a dozen pubs, most of which had big signs displaying the Sandeman man to promote Sandeman port: have a taste of Château Childcatcher!

It was only later I discovered that Sandeman was port wine.

Go with the flow: The river Douro has locks of modest proportions, limiting the size of vessels that can navigate along it. The bridge in this image is the Dom Luis

J. K. Rowling spent a key part of her early life in Porto teaching English as a foreign language

And only very recently that, despite the foreign-sounding name and exotic garb of the Sandeman man, the company was set up in Porto at the end of the 18th Century by two brothers from Perth in Scotland.

The image of the Sandeman man was created by a Scottish artist who – inspired by Zorro – combined a Spanish hat with a Portuguese cape.

The man is dressed in a traditional Portuguese student cape, a reference to the fact port was a favourite tipple of students in the city of Porto; they still wear the cape (but probably these days are less enthusiastic topers of port).

Do you know who else wears a student cape? Harry Potter. And who spent a key part of her early life in Porto teaching English as a foreign language? J. K. Rowling.

It is well known that she wrote her first Potter novel as an impoverished single mother sitting in an Edinburgh cafe, but she conceived the book during her Portuguese pregnancy.

Our AmaWaterways cruise begins in Porto and starts with a tour that bristles with facts.

The British passion for fortified wine began when wars with France in the 17th and 18th Centuries led to an interruption in the supply of our wine from Bordeaux; Portuguese wine spoiled on the long journey to the UK unless strong alcohol was added to it.

The British quickly developed a taste for Porto’s wine. We fell out with France and Portugal got a lucrative new industry. At the start of the cruise you see all the port manufacturers and their warehouses, which sit beside the river. 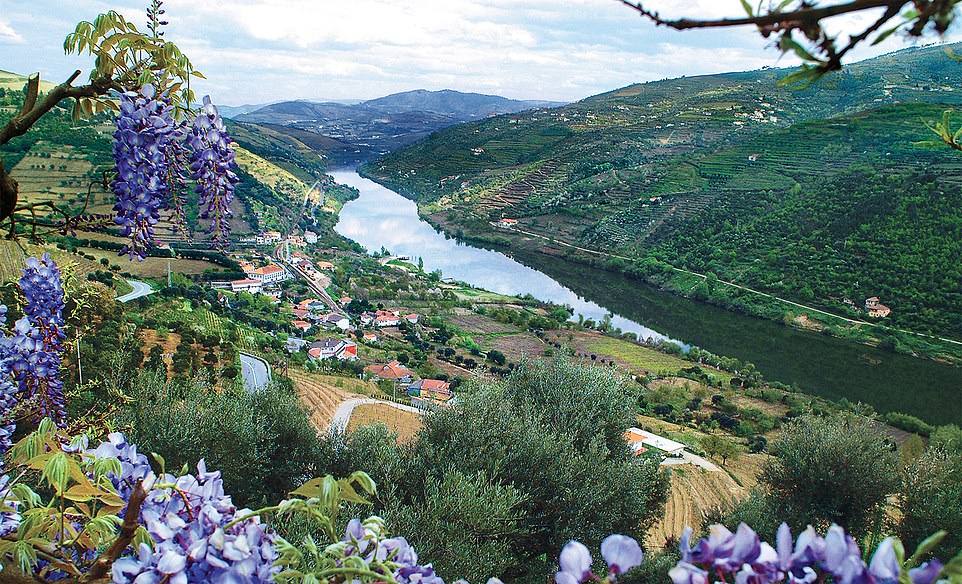 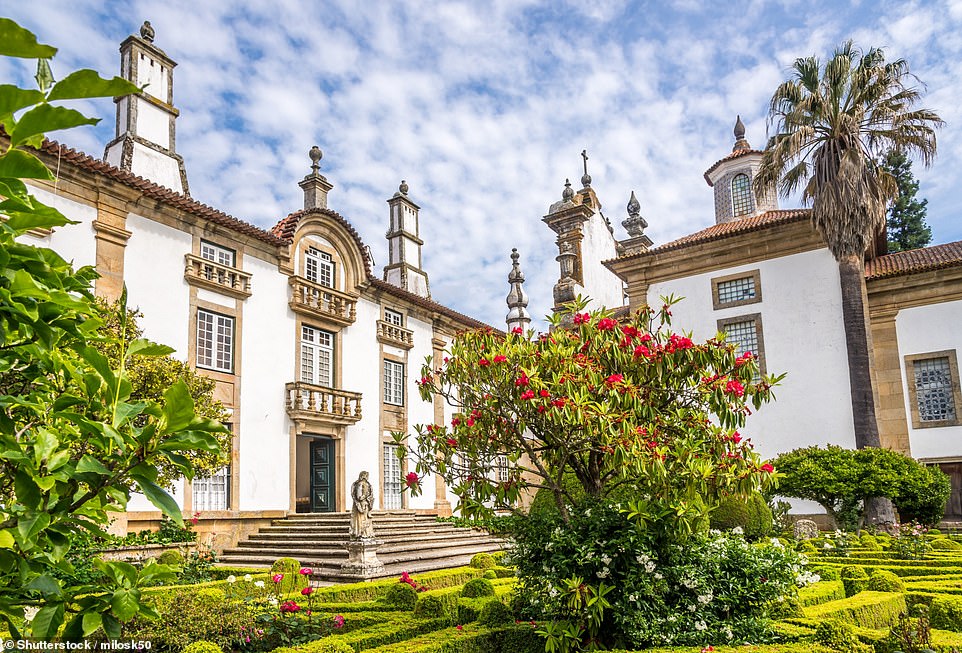 The most evocative excursion was to the Palacio de Mateus (pictured), writes Frank 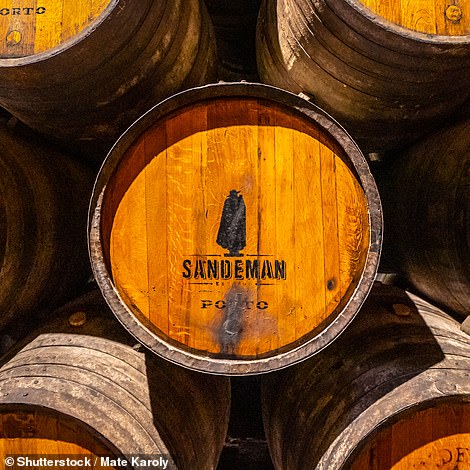 It was at Porto that we embarked on our eight-day Douro Delights trip and it turned out to be delightful, delicious and de-lovely.

The ship accommodates 100 passengers: the river Douro has locks of modest proportions, limiting the size of vessels that can navigate along it. Cunning design touches have created a very commodious boat. On the large top deck is a comfortably proportioned pool while most cabins have balconies. If you wondered what it might be like on Roman Abramovich’s yacht, it must be much like life aboard AmaVida.

This cruise is genuinely all-inclusive – including all food and drink, but also special excursions designed for our amusement. On our second night, the first of two special ‘Signature Experiences’, was a fabulous evening at the splendid Palacio de Bolsa, where we enjoyed a red-carpet cocktail reception and a rousing performance of traditional fado singing in the Arabian Hall. The second was an unforgettable lunch and a wine- tasting session in a glorious hilltop vineyard.

Perhaps the most evocative excursion was to the Palacio de Mateus. Readers of a certain vintage will recognise its famous Mateus Rosé wine. When people became more expert about wine, its previous popularity (it once accounted for 40 per cent of Portugal’s overseas wine sales) became a bit of an embarrassment. Call me unfashionable but I found I still had a fondness for Mateus Rosé.

While the cruise offers lots of things, for me, the great pleasure was relaxing on deck and enjoying the mellow countryside as we flowed gently past. The charm of a river cruise is relaxing into its slow pace.

The final treat was a coach trip to the ancient Spanish city of Salamanca, before continuing to Madrid for a stay before flying back to the UK.

This Portuguese river has a special off-the-beaten track charm and the pleasures of quiet discovery. ‘Delightful’ is the perfect description.

Aptouring.co.uk offers eight-day Luxury Duoro Delights River Cruises on AmaVida from Porto along the Douro from £5,895pp departing July 4, 2020, on a full-board basis with drinks, return flights from the UK, transfers, and daily excursions.