A delightful Royal thriller. But would we really have hidden the wartime Princesses in Tipperary?

Over the past few years, an increasing number of novels have included real-life members of the Royal Family as characters.

Sue Townsend’s comic novel The Queen And I is set in a republican Britain, reducing Queen Elizabeth to living in a two-bedroom semi-detached, under the supervision of a social worker called Trish. Edward St Aubyn’s Some Hope features Princess Margaret at a dinner party, sounding eerily like herself (‘Is it venison? It’s hard to tell under this murky sauce.’).

In Night Of Triumph by Peter Bradshaw, the young Princess Elizabeth and Princess Margaret get into scrapes on VE Night in 1945, having been allowed to leave Buckingham Palace incognito to join in with the victory celebrations. Adam Mars-Jones’s witty novella Hoosh-Mi finds the Queen contracting rabies from a corgi. 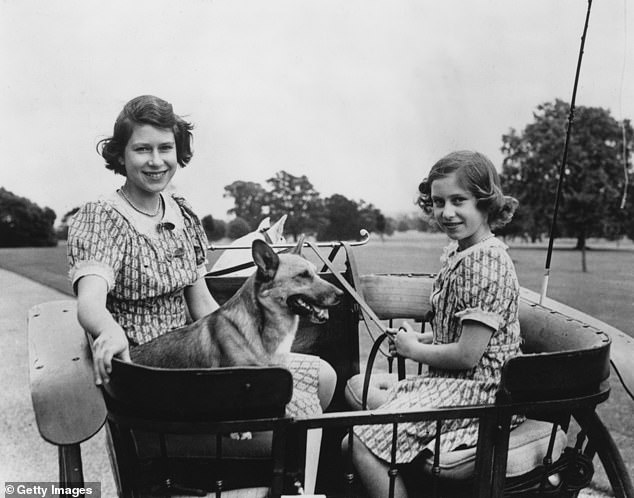 B W Black – a new pseudonym of the prolific Booker-prize winning author John Banville, who also writes crime novels under the name Benjamin Black – has written a novel involving the Royal princesses, Elizabeth and Margaret, in 1940. Our current Queen was then aged 14, and Princess Margaret, her sister, was ten

D J Taylor’s The Windsor Faction has the pro-Nazi Edward VIII still on the throne in the autumn of 1939, his mistress, Wallis Simpson, having died unexpectedly in 1936. Alan Bennett’s The Uncommon Reader involves Queen Elizabeth II becoming an obsessive bookworm after one of her corgis strays into a mobile library parked outside Buckingham Palace.

Harry Hill’s children’s book, The Further Adventures Of The Queen Mum, revolves around an even greater leap of the imagination. Having died and gone to heaven, the Queen Mother mixes happily with Kurt Cobain, Arthur Askey, Marilyn Monroe and Tommy Cooper, but then God asks a favour of her: could she go back to Earth and charm a young man out of mugging someone?

As you can see, the style of these Royal novels ranges from something close to realism all the way through to out-and-out fantasy. But their authors all display a creative zest in the process of extracting familiar figures and placing them in unfamiliar circumstances.

Now B W Black – a new pseudonym of the prolific Booker-prize winning author John Banville, who also writes crime novels under the name Benjamin Black – has written a novel involving the Royal princesses, Elizabeth and Margaret, in 1940. Our current Queen was then aged 14, and Princess Margaret, her sister, was ten.

In reality, there were fears for their safety, so as the bombs dropped on London they spent several months living away from their parents at Birkhall near Balmoral, and, after that, at Windsor Castle. But Black offers an alternative history: in The Secret Guests, they are whisked off to live in a stately home in Tipperary, in southern Ireland, the guests of a doddery old distant cousin, the Duke of Edenmore.

Why would the Royal Family and the British government have sent the little princesses to one of the least safe places in unoccupied Europe? Black appears to acknowledge the preposterousness of his own conceit with the authorial equivalent of a series of winks. Early on, a posh young British diplomat called Richard Lascelles complains: ‘This damned country is overrun with wild men who think the War of Independence is still going on. It’s not safe.’ At which point, the elderly duke interjects ‘Then why send the girls here?’ and thinks to himself that of course it isn’t safe. ‘How could anyone have imagined it would be?’

During the war, southern Ireland was neutral – so neutral, in fact, that they refused to allow the British Navy access to their ports. At the same time, as one of Black’s characters acknowledges, it was full of people so anti-British that they would have been happy to help the Nazis. The atmosphere was lawless. ‘Sometimes a gang of gunmen, disaffected IRA members hankering for the war that had ended nearly two decades previously, would take it into their heads to go out and shoot a policeman, and as often as not policemen in their turn shot them back, in retaliation.’

Elizabeth is depicted as snooty, Margaret is given a psychic streak and hints of kleptomania

The propaganda benefit to Hitler of being able to parade the kidnapped princesses on the balcony of the Reich Chancellery would have been tremendous.

‘This is how the German mind works,’ explains Lascelles. ‘Too much exposure to the operas of Richard Wagner, I say. They believe in the power of drama, of the spectacle. Bombing Coventry is one thing, but capturing a couple of Royal princesses, now that, they’d say, would surely deal the killer blow to the morale of a nation already under devastating nightly attack.’

Furthermore, Black asks the reader to believe that simply by calling themselves Ellen and Mary, Princess Elizabeth and Princess Margaret would be expected to pass unrecognised by the Irish. Yet, at this time, with their faces in countless magazines and newspapers – Elizabeth first made the cover of Time magazine at the tender age of three – they were probably the two most instantly recognisable little girls on the planet.

Despite it all, Black is such a smooth and engaging writer that he is able to coax even the most pedantic reader into accepting his historical conceit, however rickety its foundations.

The Secret Guests is in fact full of delightful touches, not least the depiction of the contrasting princesses: Elizabeth serious, formal, nervous, and dutiful, and Margaret mischievous, imaginative, sulky and wayward. They arrive in Ireland, away from home and their parents, fish out of water. ‘In the buttoned-up coats, neat hats and brown leather gloves, their pink handbags looped over their wrists, they had a quaint, grave, antique look to them; they might have been… a pair of infants out of one of Velázquez’s court portraits.’

I would guess that Black took the basis for their contrasting characters from the book The Little Princesses by their governess, Marion Crawford, which was first published in 1950. ‘Margaret was often naughty, but she had a gay bouncing way with her which was hard to deal with,’ wrote Crawford. ‘She would often defy me with a sidelong look, make a scene and kiss and be friends and all forgiven and forgotten. Lilibet took longer to recover, but she had always the more dignity of the two.’

Black then elaborates on Crawford’s character sketch, making Elizabeth more snooty and formal, and turning Margaret into something weirder, with a psychic streak, and stirrings of kleptomania. At the age of ten, Margaret loves to divide. ‘It excited her when people were in contention; nothing was more dispiriting to her than peace and tranquillity, and, especially, accord.’ At times, the pair reminded me of the spooky children in Henry James’s wonderfully creepy ghost story The Turn Of The Screw.

The first two-thirds of the book involve the princesses settling into the unfamiliar environment of an Irish stately home, chaperoned and watched over by a mixed assortment of detectives and armed guards. It’s a winning mix, and it made me look forward to reading his other crime stories. Unlike most thriller writers, Black is acute on character, and very funny in his Wodehousian descriptions of physical appearances. 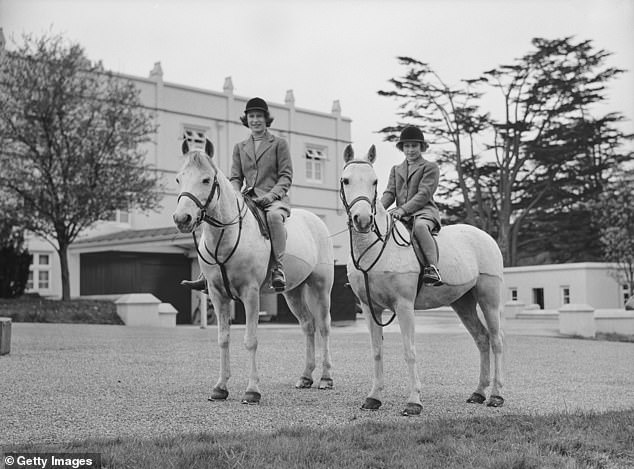 The Secret Guests is in fact full of delightful touches, not least the depiction of the contrasting princesses: Elizabeth serious, formal, nervous, and dutiful, and Margaret mischievous, imaginative, sulky and wayward

This is an Irish government Minister: ‘His head was remarkably large, much too much so for his features, which were crowded together in the middle of a face as wide and round as a dinner plate… His little washed-blue eyes were deep-set in folds of fat, and his mouth, which made Strafford think of the valve of a football, was drawn down sharply at the corners.’ Meanwhile, Strafford ‘admired the way’ the book’s heroine, MI5 novice Celia Nashe, ‘carried herself, trim and compact and neatly folded as a brown-paper parcel’.

Will the princesses be kidnapped? Will the republican murmurings in the village turn into something more scary? Will Celia Nashe’s Browning be fired, and, if so, at whom and by whom? The older I get, the less thrilling I find most thrillers, as they seem to have only four or five different formulas to draw upon, each of them over-familiar. I’m sorry to say that the final scenes in The Secret Guests struck me as perfunctory and uninteresting.

This is par for the course with thrillers, but, unlike most, The Secret Guests is not reliant on the promise of a dramatic ending. For most of the time, it is a clever, comforting, character-driven novel about a clash of cultures. It is only when the bullets start to fly that it turns into something more pedestrian.