A Los Angeles neighborhood has been lovingly caring for a dog that has been living in a local park by itself for at least 13 years.

John Hwang, of Los Angeles, said that the first time he saw ‘The Dog in the Park,’ as he’s nicknamed it, was five years ago, while he was walking his own dogs in the park.

Hwang told MNN that, back then, the dog would run off every time he tried to get close to him.

This dog has been living in a Los Angeles park, by itself, for more than 13 years 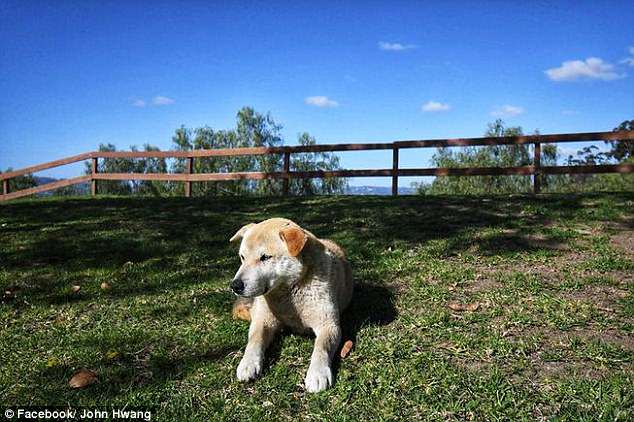 After moving closer to the park in 2017 and visiting it daily, Hwang started to the see the dog regularly and began to notice how park neighbors seemed to be caring for the dog, something which they’ve been doing for more than 13 years now.

‘I’ve seen how people leave bowls of food and water for him, and leftovers,’ said Hwang, a photographer who runs the documentary project, Skid Row Stories. 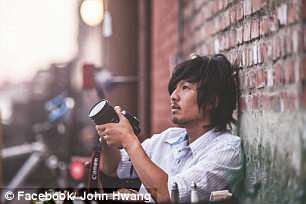 Hwang first saw the dog in the park five years ago. Back then, the dog would run away whenever he got too close to it

He noted that the dog ‘nonchalantly’ wanders around the park without bothering people or animals and never barks.

Animal control officers and animal rescue groups, including Hope for Paws, have tried to bring the dog in so that it could be given a traditional home, but the dog has apparently always evaded capture.

Hwang, however, managed to get close enough to the dog to take a series of pictures of it earlier this week.

In the photos, the dog, which appears to be well-fed and in good condition, can be seen lazing under a tree, regally surveying his park domain and greeting locals. 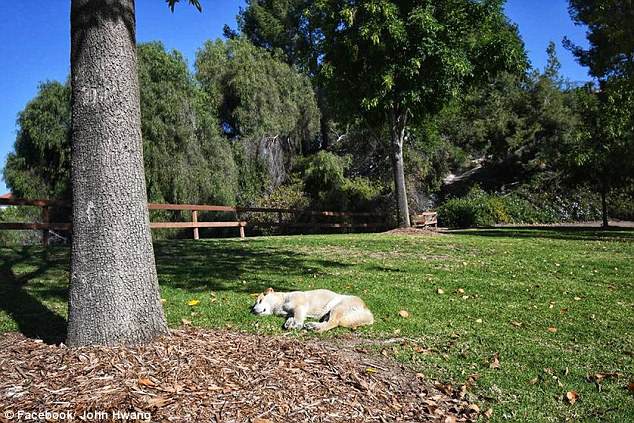 Hwang said the dog roams around the park, without barking or bothering park goers 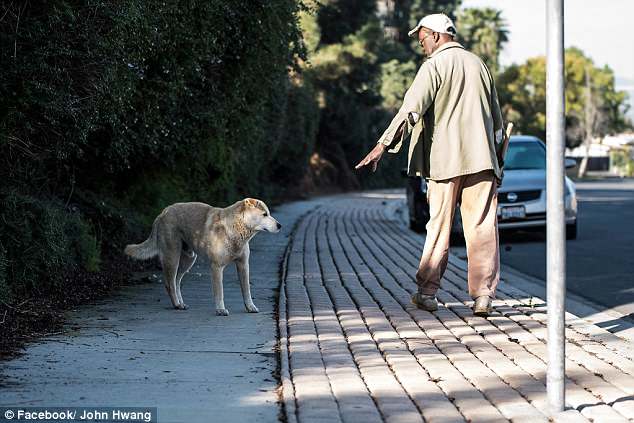 ‘This dog is just very robust, resilient and smart,’ Hwang told MNN. ‘He lives a very free life. Like a hippie dog.’

In a Facebook post, Hwang wrote that because the dog has been a stray for more than 10 years, the dog is now considered feral.

Hwang also wrote that neighborhood residents told him that the dog seems to have been left behind by owners when they moved many years ago.