A dog is for LIFE, not just for lockdown: Charity urges people to think twice before getting a puppy

A UK charity is warning a dog is ‘for life, not just for lockdown’ as millions of people working from home scour the internet in an attempt to buy a puppy.

The UK’s largest dog welfare charity, Dogs Trust, is urging people to consider how their lives will change after the current restrictions are lifted before buying or adopting an animal.

Following the announcement of the UK-wide lockdown on March 23, Google searches for ‘buy a puppy’ increased by 120 per cent – with ‘adopt a puppy’ seeing a rise of 133 per cent, according to data from Propellernet.

The charity is concerned that there may be a spike in people returning their pets once normality resumes – the sad reality often seen in January and February when people receive a puppy for Christmas.

In the last two months, Instagram has seen an influx of #lockdownpups being bought around the UK.

One new owner, Liam Ferry, from Fulham, who recently purchased a King Charles Cavalier Spaniel Alfie for £1,500, revealed the breeder had told them they were ramping up prices from £4,000 due to demand – and were selling out within an hour of posting adverts. 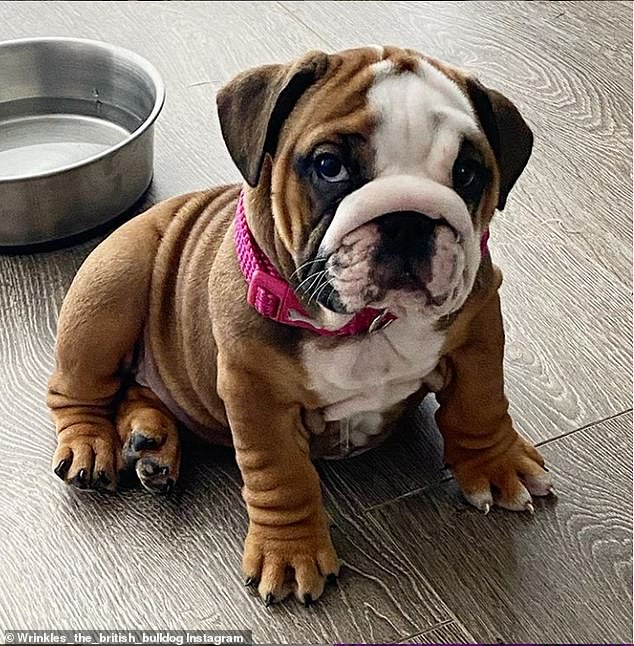 Little British Bulldog puppy Wrinkles joined his new family in Glasgow this month, with his new family sharing pictures on social media with the hashtag #lockdownpup 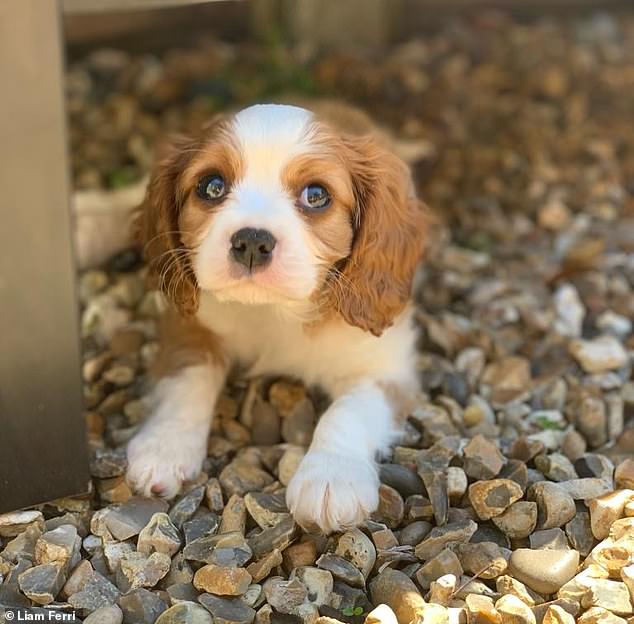 Liam Ferri, from Fulham, bought 10-week-old King Charles Cavalier Spaniel Alfie just after lockdown was announced, explaining: ‘We knew we’d be stuck at home for a few months at least – so perfect time to integrate pup into our house and integrate him with our other dog.’ He revealed that when they were looking for puppies they were selling out within an hour of the advert being posted, anbd in the end they paid £1,500 for Alfie – but the breeder admitted many were ramping up prices to £3/£4k due to high demand

Meanwhile Scott Coomber, from Beckenham, paid £1,700 for his King Charles Spaniel puppy Teddy from Kennel Club breeders in Kent at the end of March, on the eve of the national lockdown.

He said: ‘We planned to buy him at the end of last year and having a dog to look after and take for a walk has been great during the lockdown, and I think it has been good for my children (aged 10 and seven) in helping them deal with being away from their friends for so long.’

Dogs Trust chief executive, Owen Sharp, said: ‘Dog ownership can be so rewarding, but it’s also a huge responsibility, which is why we are reminding people today that “a dog is for life, not just for lockdown”.

‘Are you ready to be chief pooper scooper? Are you ready to forego a lie-in forever? As well as more serious questions around vet treatment and preparing for emergencies.

‘If there is still a dog-shaped space in your life, then it may be the right time for you.’

Speaking to FEMAIL, Owen – owner of six-year-old labradoodle Dixie – added: ‘The announcement of lockdown was always a concern for us.

‘There were lists published on social media detailing “things that you can do during lockdown” – with some saying get a dog. 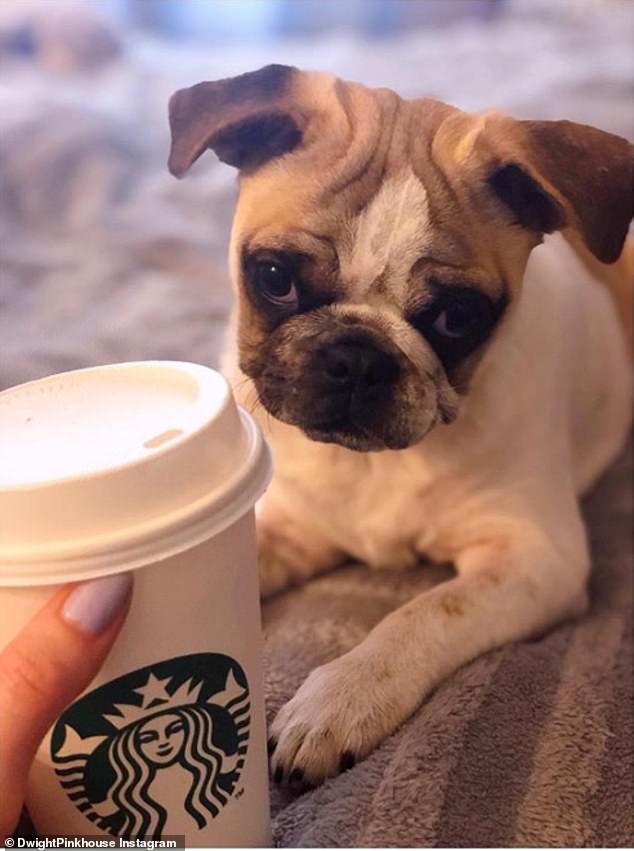 Little Dwight Whitehouse, from Edenfield,  a Frug  puppy (a mix between a French Bulldog and a Pug) joined his new family in Lancashire last week 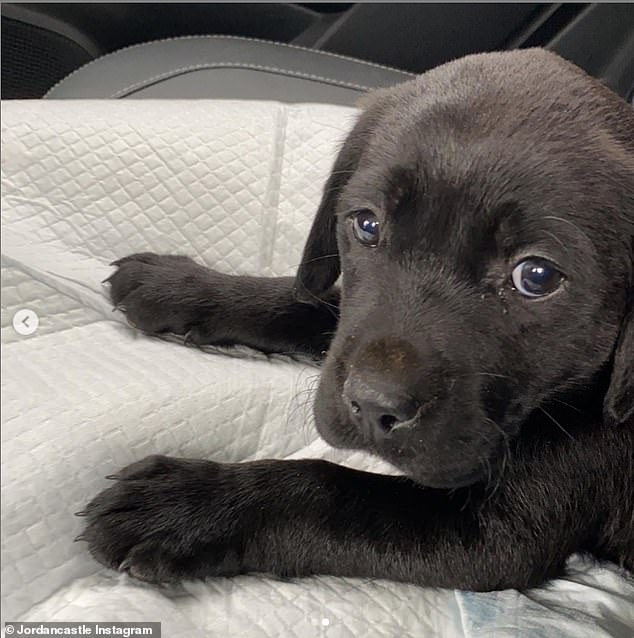 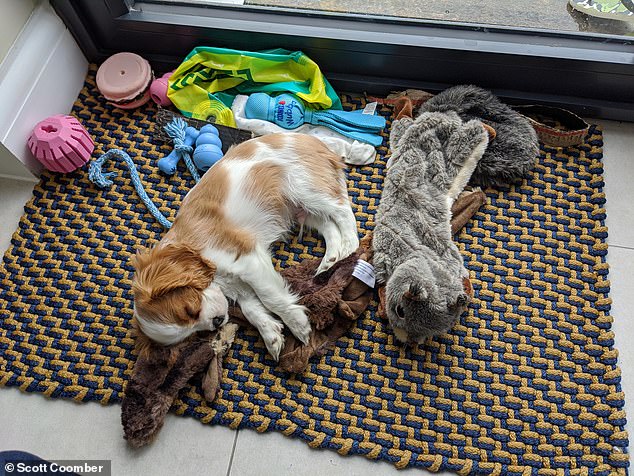 Scott Coomber, from Beckenham, paid £1,700 for his King Charles Spaniel puppy Teddy from Kennel Club breeders in Kent at the end of March, on the eve of the national lockdown. He said: ‘We planned to buy him at the end of last year and having a dog to look after and take for a walk has been great during the lockdown, and I think it has been good for my children’

‘Like Christmas, when people are at home more, they might think now is the perfect time to get a dog. For some people this will be the case, but we’re asking people to consider when the lockdown lifts how your life will need to change to accommodate your four-legged friend.’

He added: ‘The worrying thing is that post-Christmas, in January and February, we see peaks for us to take dogs back. So if you follow that trend through, it could be really worrying at the back end of all this.’

ARE YOU READY FOR A DOG?

The charity is calling on people to take its online test to see how ‘dog-ready’ they are. So, are you ready…

Owen said the charity was ‘not surprised’ by the huge rise in online searches for buying and adopting pets.

He continued: ‘I would say the figures are even a little bit higher from what we see at Christmas because this all happened at once, whereas at Christmas people tend to start looking from November onwards.’

The charity started re-homing dogs again on April 17 following an amended agreement with the government amid the coronavirus lockdown.

While the centres remain closed to the public, the charity has re-homed around 100 dogs per week across its 21 re-homing centres in the UK and Ireland.

This is approximately 55 per cent less than the amount Dogs Trust re-homed before the pandemic.

The process during lockdown involves an online home assessment where dogs that are ‘relatively simple’ to re-home are delivered to their new owners by the centre.

However, Owen stressed that re-homing a rescue dog prior to meeting face-to-face is not suitable for every pup.

He said: ‘It is only appropriate for some dogs; it needs to be a dog that is a relatively simple dog to re-home.

‘A lot of our dogs might need to meet their new potential owners several times and we normally do that at the centre. While we are not able to re-home at the volumes we normally do, when lockdown is lifted, or certainly lessened, we think there will be plenty of opportunities to take on a rescue dog.’ 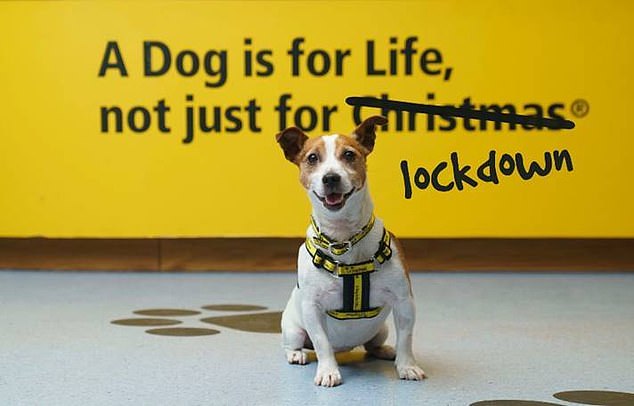 ‘There is general information on our website and tips to make sure you are getting the dog from a good breeder. We urge people to not collect dogs in a car park, and if it is a puppy, go and see the mother and litter.’

Owen added: ‘We always encourage people to consider Dogs Trust or the possibility of a rescue dog, but we know that is not right for everybody.’

‘Do a lot of research. It isn’t just, “Am I ready?” It is a very different life experience based on breed, size and exercise needs.’

Owen revealed how lockdown could be the perfect opportunity to settle a new dog into a home – yet warned of the challenges when it comes to socialisation.

TV presenter Graham Norton, owner of Labradoodle Bailey and Dogs Trust supporter, said: ‘I’ve certainly found that my gorgeous dog, Bailey, has taken the boredom out of lockdown for me, and I’ve really enjoyed spending even more time with him than usual.

‘However, while the thought of introducing a cute, fluffy pooch to your family right now might be appealing, I fully support Dogs Trust’s important message that a dog is for life, not just for lockdown.

‘Please remember that life will go back to “normal” at some point, with people returning to work and school, and when this happens you need to think about whether you can still fit a dog into your life.’

‘If you know you are ready for the long-term then this might be a good time to settle a new dog into the home,’ he said.

‘However there are challenges of taking on a dog in lockdown. Social restrictions mean your dog won’t meet many other dogs, or other people from outside the home, and both are important socialisation skills.’

He added: ‘We have had a lot of contact from people struggling with the behaviour of their new or existing dog and the behaviour team has posted material online to keep dogs entertained and stimulated during this time.

‘Some people have started to talk about needing to give their dog up and we suspect those people will continue to struggle once things go back to normal.’