A man who admitted biting his dog to ‘establish dominance’ over the animal in Florida will avoid jail time even though he pleaded guilty to the offense.

Campbell was also ordered to undergo a mental health evaluation and was barred from possessing animals of any kind’ or ‘living with anyone with animals on property’.

To enforce the animal bans, Campbell is subject to random inspections of his Lake Worth residence by Animal Care and Control agents.

Patrick Shurod Campbell (pictured)  pleaded guilty to animal cruelty charge, claiming he bit his dog in the ear ‘very hard’  because he had destroyed several items in his apartment 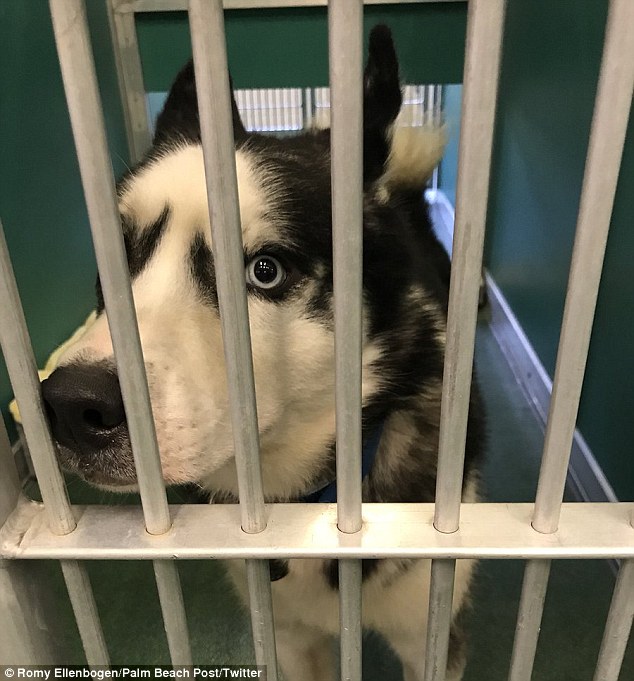 Officers found the dog , a Husky called Dmitri, 2,  inside a closet in Campbell’s room, where blood was smeared on the carpet and a recliner.

The animal was shaking and had a bloody ear, according to police.

Asked how Dimitri was injured, Campbell replied: ‘I bit him to establish dominance’, a according to a police report.

Campbell then told police that he sought to discipline the dog after the animal ‘destroyed several items inside the apartment’.

In addition to biting ‘Dimitri in the right ear very hard to establish dominance,’ Campbell admitted punching the dog in the face.

One of Campbell’s roommates told police that he saw Campbell beating the dog on several occasions, leaving the animal on his back, with his paws up and crying.

A second roommate said he heard the dog crying in pain while Campbell hit the animal and screamed: ‘You little bitch’.

Upon Campbell’s arrest, Dimitri was seized by animal control officials. 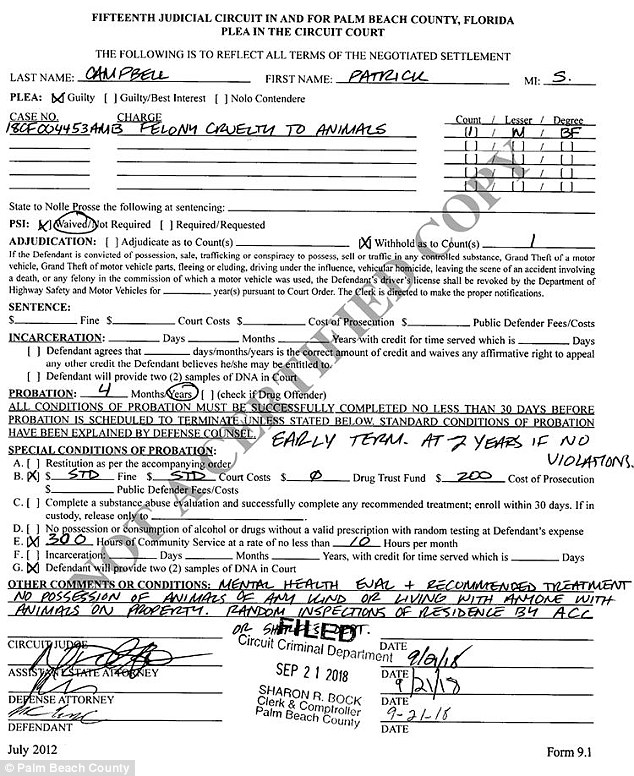 Campbell will be required to perform 300 hours of community service as part of his plea deal.

His supervision could be terminated after two years if he does not violate any terms of his probation.

On the night of his arrest, neighbors reportedly heard ‘slamming noises’ coming from the apartment at about 1 am.

Deputies say Campbell admitted to biting the dog on the ear after they found a “red-like substance” on the dog’s ear.

Animal Care and Control took Dimitri from the apartment. 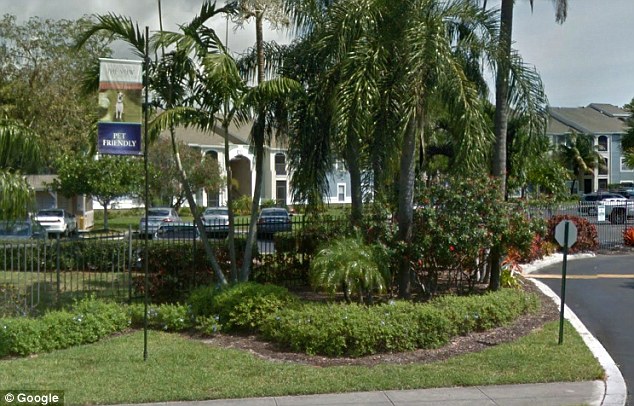 ‘I think it’s awful. Maybe he deserves a bite on the ear himself for it,’ said Conover.

‘I would never think such thing, you know. It is surprising,’ said Gerlain Belizaire, another neighbor.

Campbell’s neighbors  said they found it hard to believe that a dog owner would bite a dog on the ear, leaving a bloody gash.

‘When you take in an animal into your home, that’s your family.

‘You’re gonna bite your kid on the ear? Are you gonna do that? It’s the same thing to me. I can’t imagine why anyone would ever do that to an animal,’  Conover said.