A Florida nursing assistant was charged with felony battery after he allegedly performed a sex act on an unsuspecting patient during a medical examination, authorities said.

Roger Cala Martin, 41, was arrested late Tuesday after he committed the unwanted sex act at a doctor’s office in Clearwater, authorities said.

The nursing assistant was working at the medical office, according to a complaint signed against him by local police.

Roger Cala Martin (above), 41, was arrested late Tuesday after he committed the unwanted sex act at a doctor’s office in Clearwater 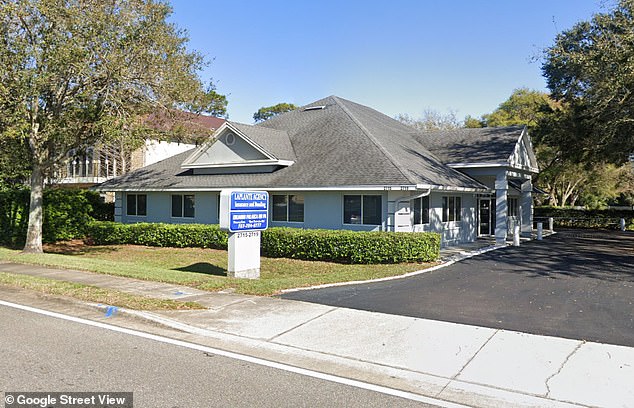 The nursing assistant was working at the medical office of Dr. Edwardo Palanco (shown above), according to a complaint signed against him by local police

Cops were called to the office just before 9 p.m. after the victim ‘backed up’ away from Martin and left the examination room.

The patient notified a doctor at the office and 911 was called.

Authorities did not identify the victim.

Edwardo Palanco, the primary care physician who runs the office where Martin was working, did not immediately respond when DailyMail.com reached out.

An officer manager deferred all comments to Palanco when asked by DailyMail.com whether Martin was still working at the office.

According to the complaint, Martin was examining the patient’s private areas when he ‘opened his mouth’ and began performing the sex act.

After being read his Miranda rights, Martin was alleged to admitted the sex act, which was ‘unprovoked and unsolicited,’ wrote the arresting officer, George Fallahee.

Martin, who lives in Oldsmar, was lodged in the Pinellas County Jail and released Wednesday on a $10,000 bond, said a spokesperson for the county sheriff’s office.