A gem of a find! Stunning 2,000-year-old lilac amethyst stone is discovered in Jerusalem

A gem of a find! Stunning 2,000-year-old lilac amethyst stone is discovered in Jerusalem featuring the first-ever known depiction of balsam – a plant prominently mentioned in the Bible

A stunning 2,000-year-old lilac amethyst stone has been discovered in Jerusalem, including the first known depiction of balsam, a plant featured in the Bible. 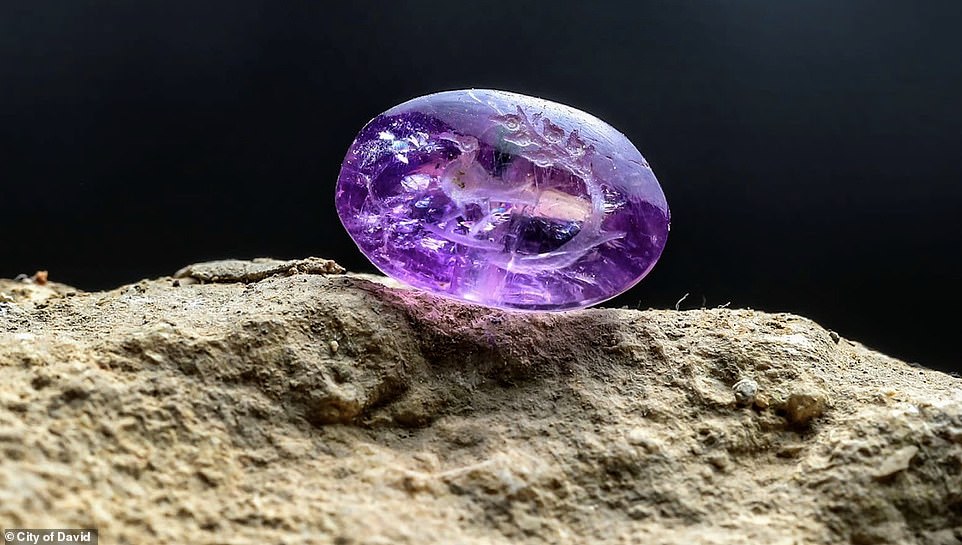 It would once have been worn on a ring, and includes an unusual engraving of a bird and a branch from a plant bearing five fruits, according to experts from the City of David Foundation, who found it during excavations of the Western Wall foundations. 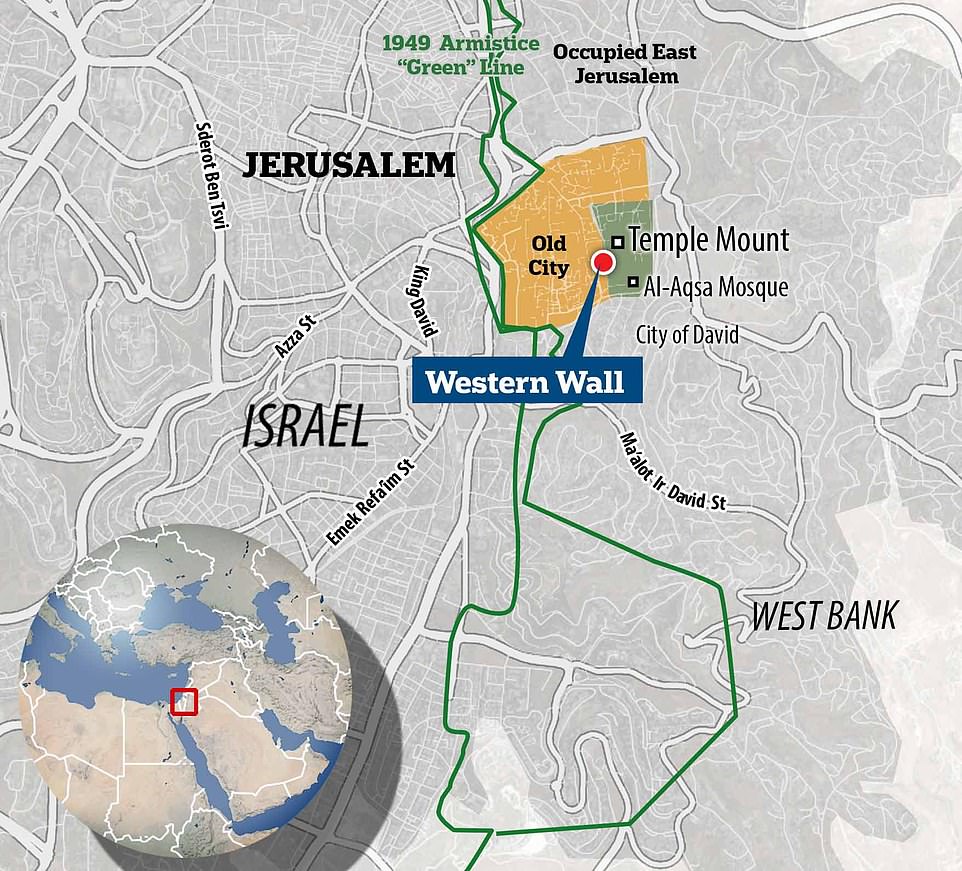 The temple was destroyed around 70 CE, and experts say this ring would have been dropped by someone into the drainage channel in the decades before. The seal of the bird and balsam is what makes it stand out, as it is ‘nothing like other seals used at the time,’ and ‘may be the first depiction discovered in the entire world with an engraving of the famous plant,’ according to archaeologists. 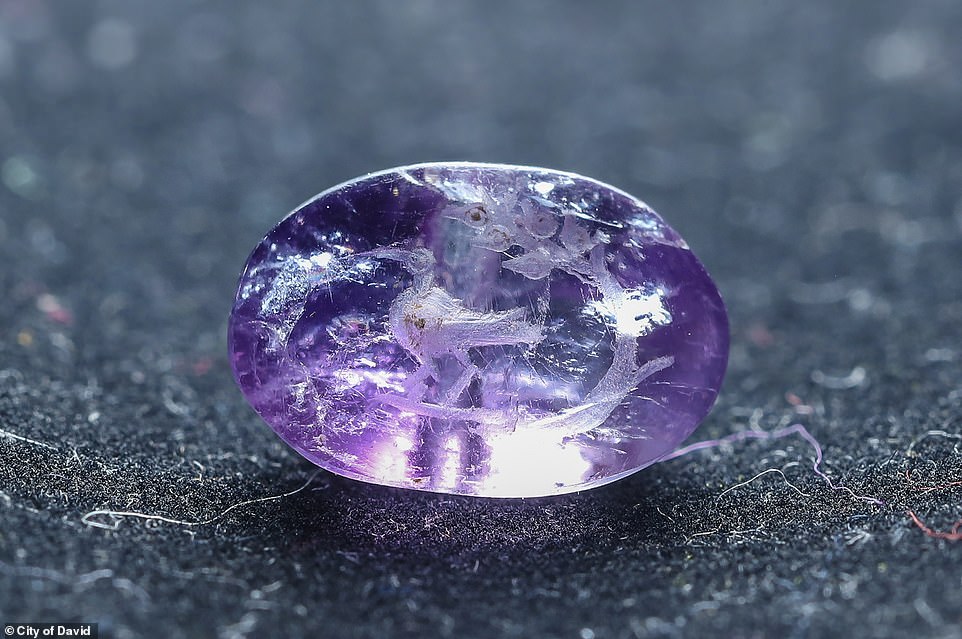 The branch engraved on the stone was from an expensive plant used to make perfume for the temple, and is featured prominently in the Bible and other records. ‘But on this stone seal, we immediately noticed that the fruit that appears on it is unlike any of the fruits we have encountered to date.’ As well as producing perfumes for the Temple, the plant was used in the production of incense, medicines and ointments. According to the historian Josephus, Mark Antony gifted valuable persimmon orchards that formerly belonged to King Herod, to his beloved, Cleopatra. Some commentators identify the persimmon in the list of gifts given by the Queen of Sheba to King Solomon. This surprise discovery was found at the Emek Tzurim National Park operated by the City of David, where remains are sifted by archeologists and volunteers. 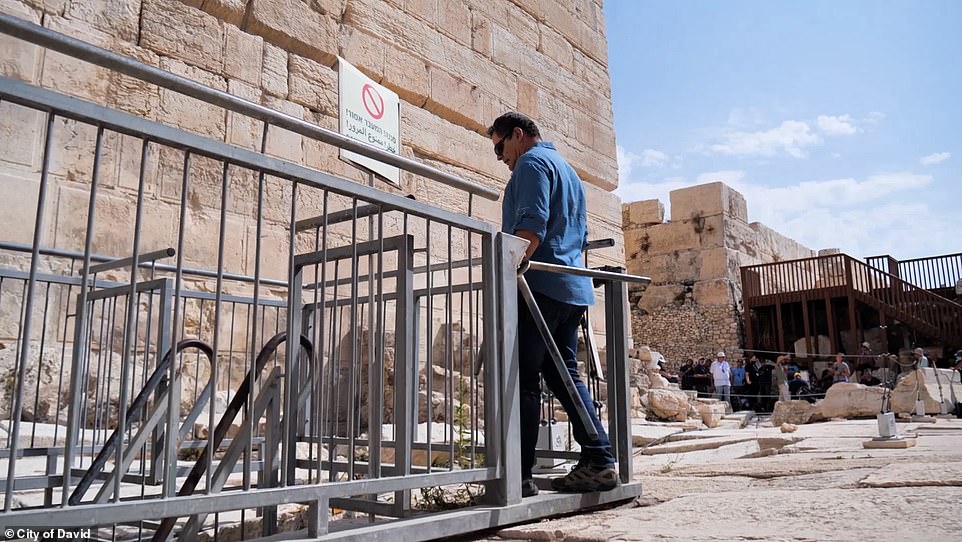 Participants were sifting soil from Israel Antiquities Authority excavations conducted along the foundation stones of the Western Wall, when they saw the 2,000-year-old tiny oval stone. The seal is made of a precious amethyst, in a range of shades of purple and lilac, with a hole where a metal wire was inserted which was used to wear the stone as a ring. The oval stone seal is just a third of an inch long, and despite its tiny size, includes two distinct engravings. The first engraving shows a bird, probably a dove, and next to it appears a long, round, thick branch with five fruits on it, thought to be the persimmon perfume plant mentioned in the Bible, Talmud, and various other historical sources. 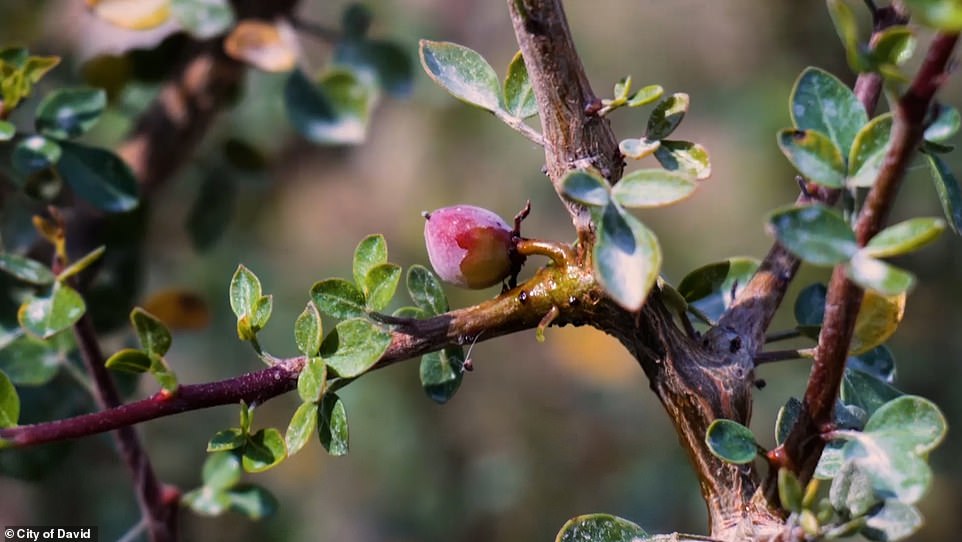 The plant featured on the iridescent stone is also known as the balsam tree or ‘persimmon’ and has the modern scientific name ‘Commiphora gileadensis’. ‘Toward the end of the Second Temple period, the use of stone stamps expanded and became more common,’ said Professor Shua Amorai-Stark, an expert in engraved gems. ‘But in most stamps discovered so far with plant engravings, it is common to find plants that were common in Israel at the time: vines, dates and olives.