A travel expert who has been touring the globe for more than a decade has now revealed her secret to budget-friendly globetrotting, offering up a series of simple tricks and tips to help other budding nomads see the world without splashing huge amounts of cash.

Sibu De Benedictis, 33, began traveling shortly after graduating high school, revealing that she made the decision to set out and see the world having spent several ‘miserable’ years struggling to ‘fit in’.

Since then, Sibu – who was raised between the US and Costa Rica by Costa Rican and American-Polish parents – has visited 70 countries across several continents, and says she has no plans to settle down any time soon.

The travel pro is now sharing some of the best money-saving travel tips she has amassed during the years she’s spent on the road in an effort to prove to others that you don’t need to have a massive budget in order to see the world.

Among her best budgeting tips – which she often shares on Instagram – is a means of getting the best living accommodation for free: by house sitting while owners are away. 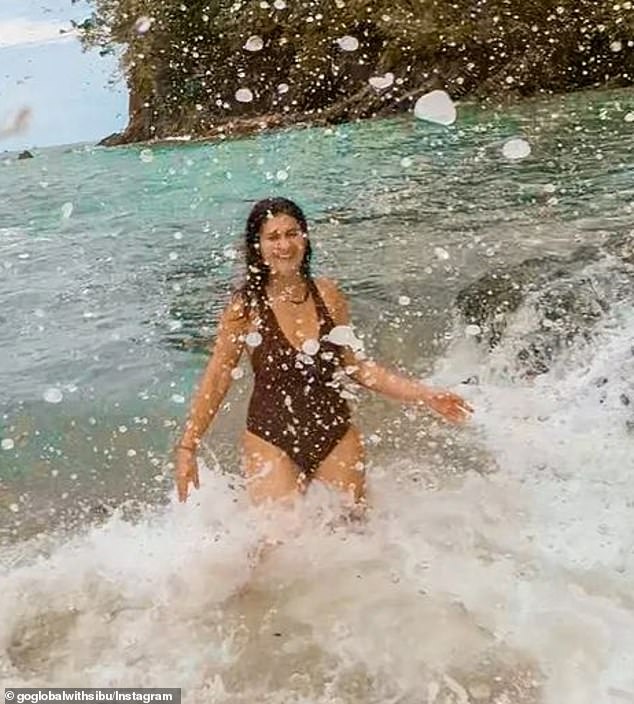 Sibu De Benedictis, 33, who was raised between the US and Costa Rica, left her last permanent home after finishing high school and has since visited a whopping 70 countries 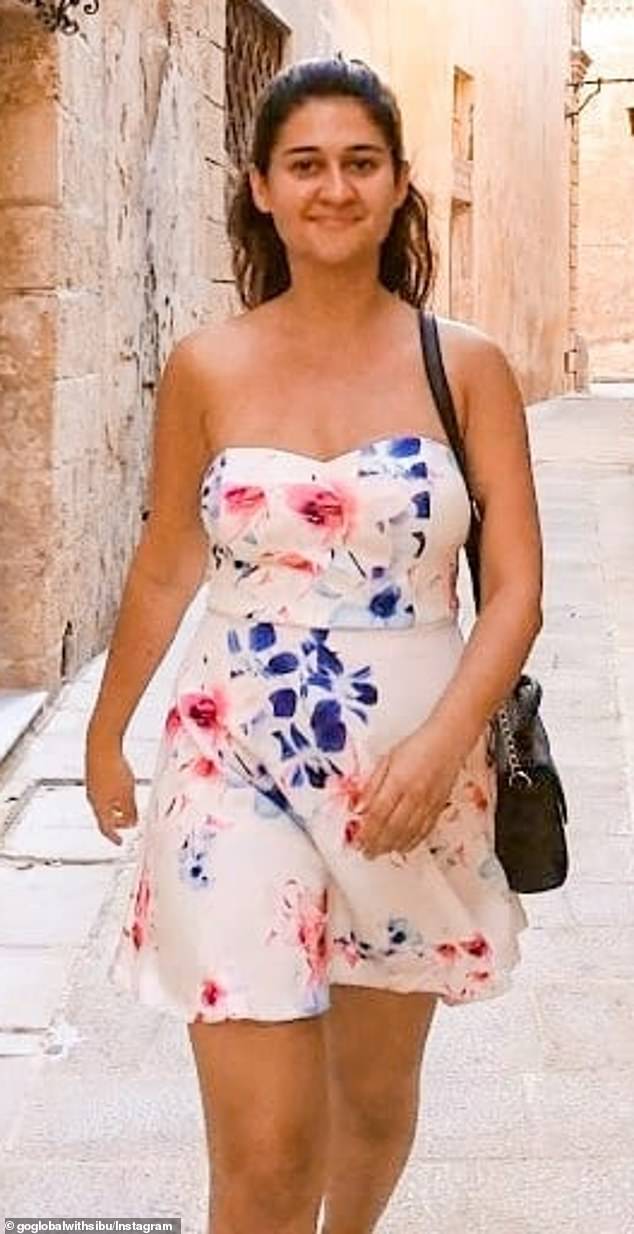 Sibu says she has no plans to settle and encourages others to take the plunge and book a ticket somewhere – because she believes in ‘experiences over possessions.’

‘There’s such a misconception travel is unaffordable,’ she said, adding that she thinks anyone and everyone can afford to travel if they focus on ‘being smart’ when it comes to budgeting.

To put expenses in perspective, she said: ‘$25 can buy you five Starbucks coffees, but it could also buy you drinks at a rotating bar in Baku, Azerbaijan, or [give you enough money to spend] a day wandering around Mayan ruins in Mexico.

‘There are so many things you can do or get for free too, you just have to do some research and pick your favorite.’

Sibu – who put all of her belongings into storage bar a suitcase so she has the freedom to go ‘anywhere’ she wants – says she is determined to prove to others that travel doesn’t have to break the bank, revealing that she has been funding her own lifestyle through ‘minimum wage’ jobs, which she says is proof of how easy it is to budget.

‘I’ve been living off jobs that are minimum wage or less for a good amount of years now – I’m living proof you can make it work on a budget,’ she said. ‘The world would be a better place if we could all travel more.’

Sibu grew up between the US and Costa Rica until she finished high school – then she left home to study a degree in China.

Since then, she has visited up to 70 countries in total, as well as spending some time as a resident in Poland, the UK, Germany, Nicaragua and the US over the years. 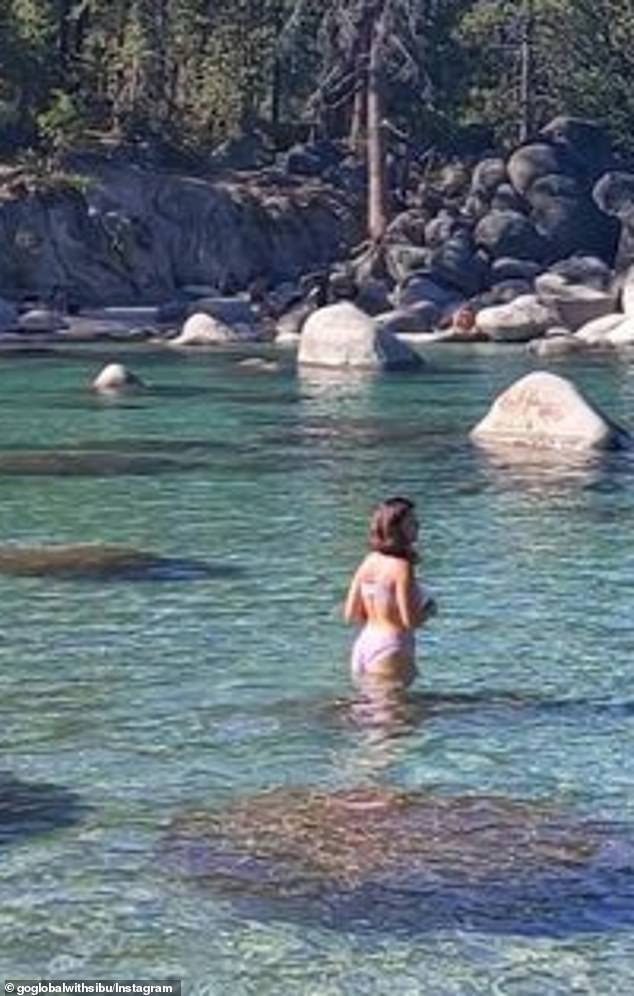 Sibu has cut down her spending tremendously and encourages others to do the same, she added that she values ‘experiences over possessions’ 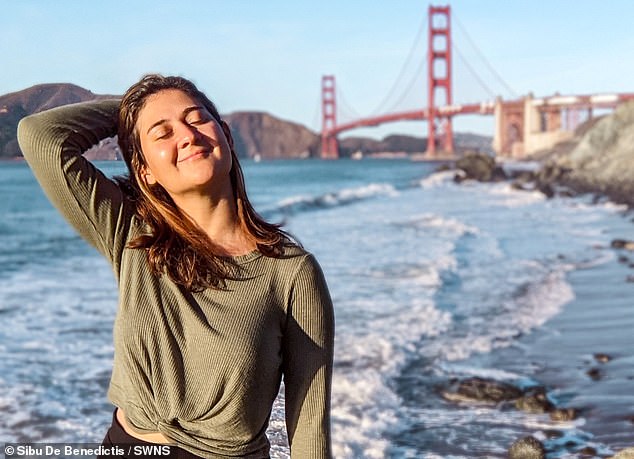 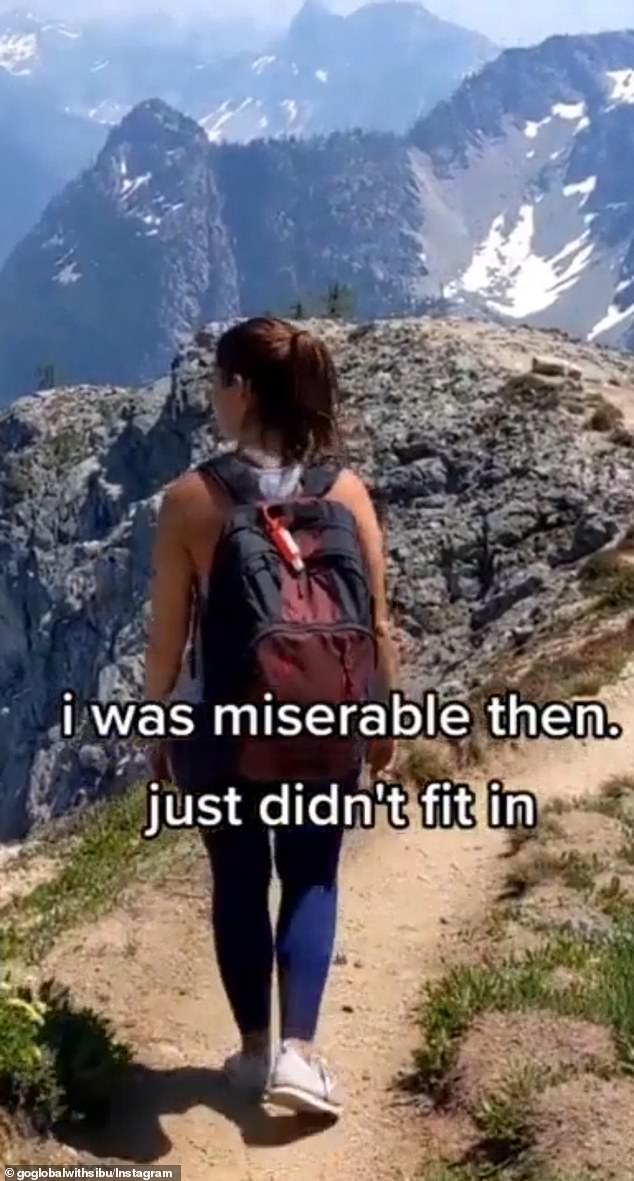 To fund her traveling lifestyle she has worked countless jobs including waitressing, pot washing and bartending.

In June 2020, she decided to take the leap – putting all of her possessions in storage in Germany, where she had been based while completing a remote masters qualification.

Since then, she has officially been a digital nomad – a person who is completely location independent – and hasn’t looked back.

The traveling expert knows all the tricks in the book for making the most of your experiences and you don’t need to spend a fortune to do it.

Through her frequent traveling, she has discovered a way to stay at the swankiest and most stunning accommodations – totally rent free.

Using an app called Trusted Housesitters, she pays for a membership meaning she is able to stay in some of the most spectacular homes while their owners are away in exchange for keeping everything safe and in order.

She said: ‘House sitting changed my life,’ adding that once ‘you’ve paid the membership, the possibilities are endless.’ 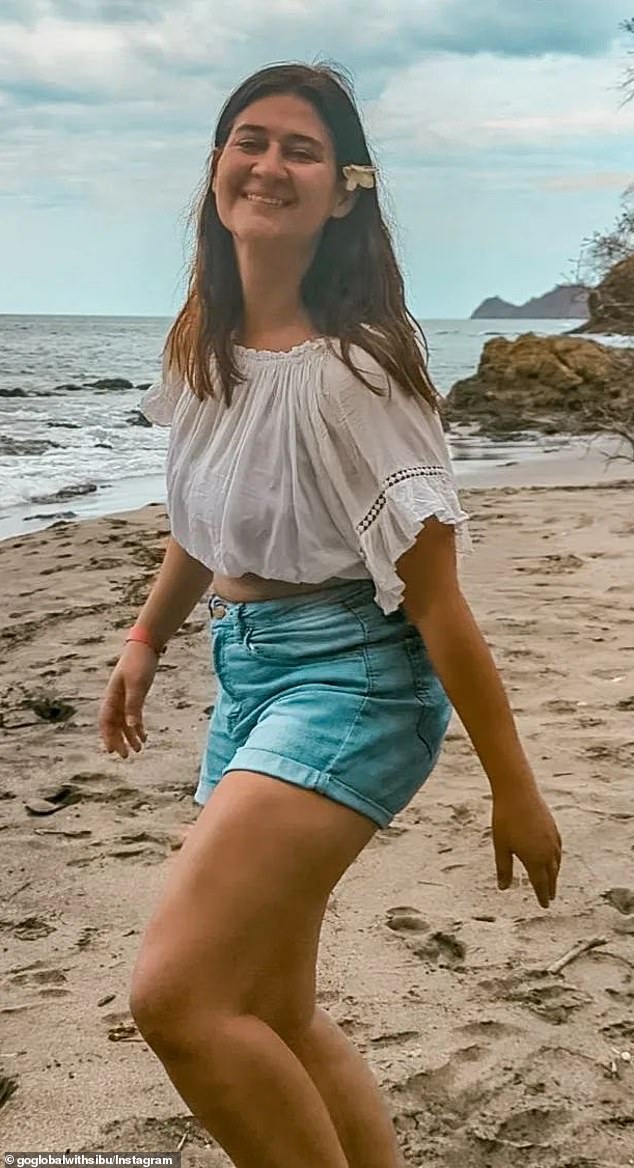 The traveler who works remotely with a marketing company, said that right now her ‘number one priority’ is traveling 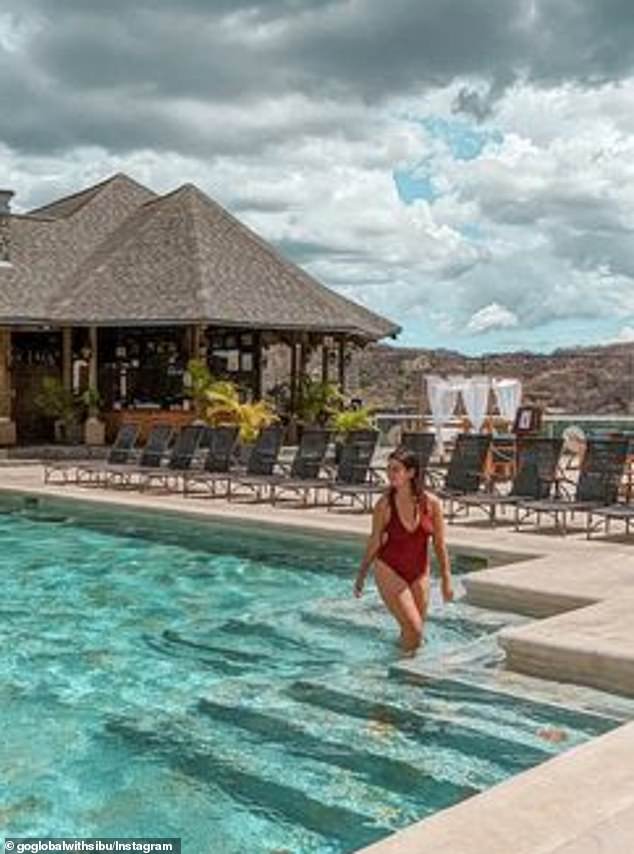 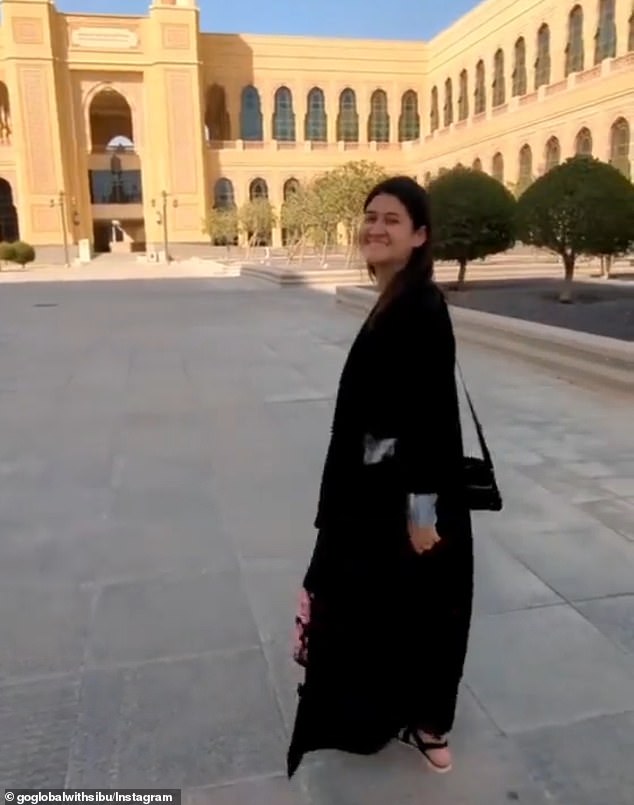 Another one of her travel tips includes packing light, she added that she doesn’t ‘buy something unless [she’s] going to make the most of it’

Sibu added that although house sitting can sometimes involve ‘looking after plants or pets, it allows you to go anywhere.’

She explained when she left Germany, she spent over a year traveling around the US living in a range of homes and house sitting, which cost her pennies compared to what she would have spent on hotels.

Sibu shared more travel-savvy tips – including advice on how to pack light, even for long stays.

She said that packing light helps her save money by only taking a hand luggage with her while traveling.

‘You don’t have much space so you should only take items you love that you can wear over and over again,’ she said, adding that she is currently traveling with just seven tops, seven dresses, and a few pairs of shorts and trousers’.

‘For me, that’s more than three weeks of outfits,’ she revealed, noting that she is currently ‘focusing on destinations which are warm’ so that she doesn’t have to carry around as many clothing styles with her.

For the past year, she has been working a remote marketing role with a company based in the US.

For Sibu, every penny she earns has to be stretched to extremes in order to fund her lifestyle. 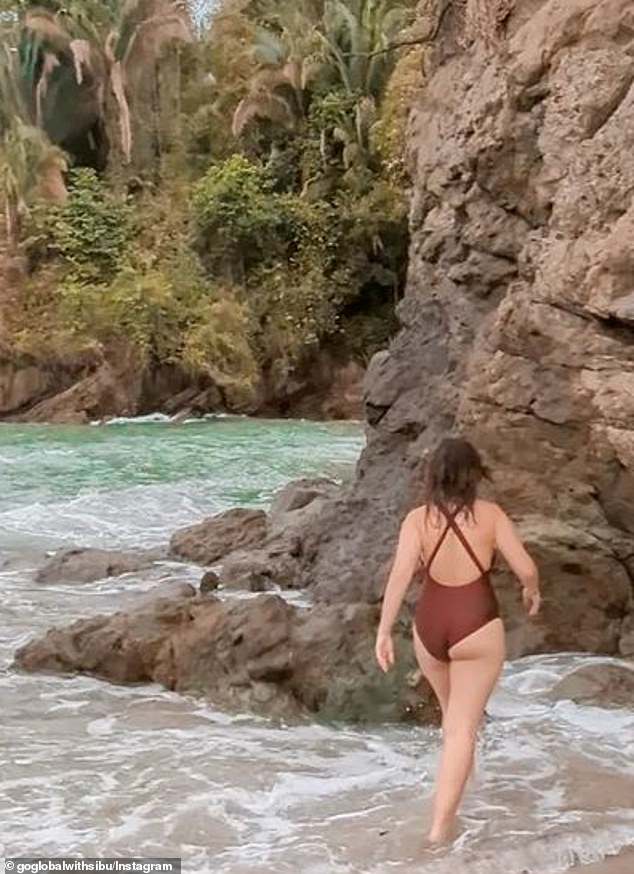 Sibu said that being smart with your money can land you the best experiences, and added ‘you have to account for the little things’ 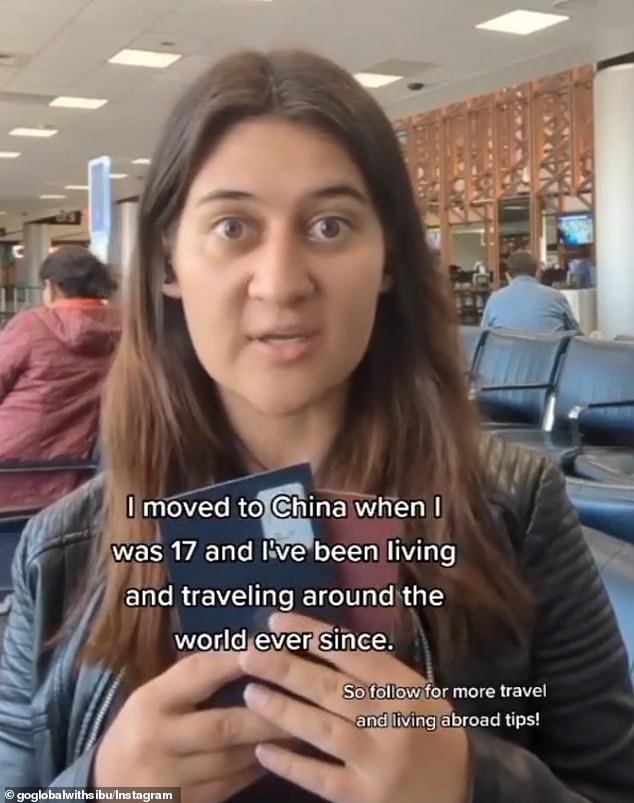 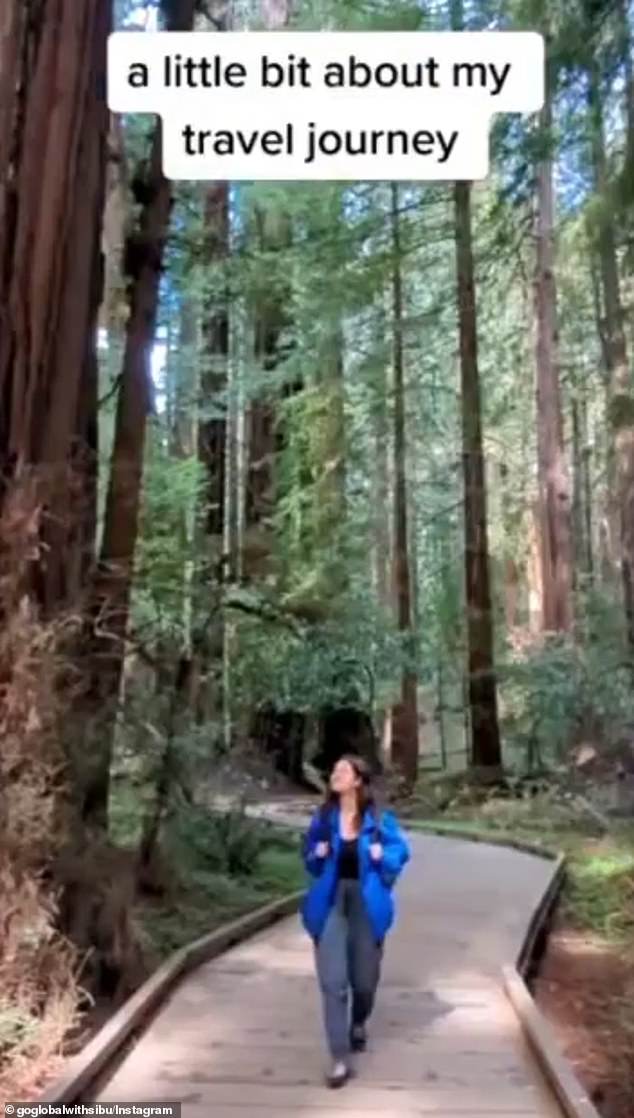 While she vowed never to abstain herself, she explained how being smart with your cash is key to making it work in a digital nomad lifestyle.

Sibu noted that ‘every dollar you spend could be spent on experiences so you have to spend smart.’

Another top travel tip she shared is to search for scholarships, which are often free and allow you to learn new things as well as travel.

Sibu has visited eight countries by completing eight different scholarships because she loved them so much.

She has just arrived in Tanzania after staying in Uganda where she was running group trips for tourists while working with a local tourism company – and is planning more in the future.

In her spare time, Sibu also writes and has completed an advice book for money-savvy travelers.

She said: ‘There are so many more things possible for you to do than you think – I want to highlight that again and again.’

When writing her book, Sibu made sure sure to include as much information as she could and added that she doesn’t ‘believe in gatekeeping.’

Her advice to those looking to travel is to take ‘the plunge’ she added that ‘no matter how many tips and tricks’ she shares ‘you have to go and buy that ticket and get on that bus, or plane, or train.’