A steep hill leading to a famous Victorian tourist attraction has been hailed as one of the region’s best kept secrets where bottles, balls and even cars defy the laws of gravity.

Known as Anti-Gravity Hill near Hanging Rock in Victoria’s Macedon Ranges 70 kilometres northwest of Melbourne, an incredible YouTube video shows a plastic water bottle rolling up the hill, as a carload of passers-by watch on in amazement.

A car is then filmed rolling forward up the hill while in neutral with the ignition off.

Anti-Gravity Hill is one of the Macedon Range’s best kept secrets where bottles (pictured), balls and even cars defy gravity by rolling uphill

‘A portion of Straws Lane appears to head up hill however objects (balls, bottles, cars) instead roll up the incline. Well, they appear to. Optical illusion? A gravity anomaly? The influence of Hanging Rock itself?,’ the video description states.

‘It may be an optical illusion, but there are things that happen on that hill that can’t be explained away so easily. I’ve experienced wild weather just in the one spot and strong static electricity,’ one person commented.

Another added: ‘An engineer will sort this out! There’s no hobgoblins witches or spacemen! A simple optical illusion is all. A laser level with someone who knows what they are doing.’ 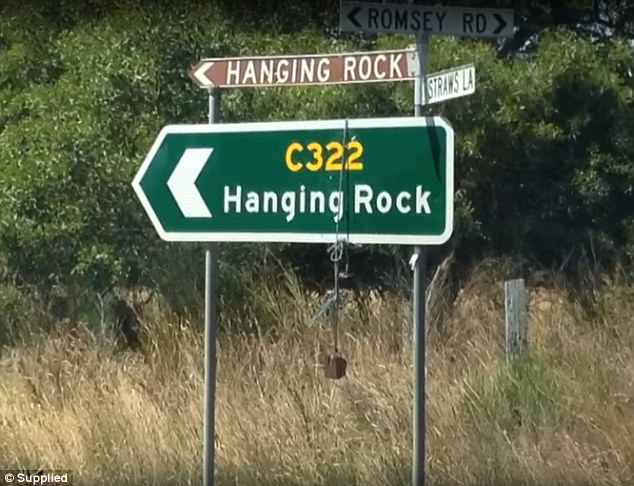 Anti-Gravity Hill is on the way to Victoria’s Hanging Rock. Just don’t ask the locals where it is

The Macedon and Mount Macedon tourism website describes Anti-Gravity Hill as one of the region’s best kept secrets and most unusual and baffling places.

‘Standing near the bottom of a hill facing up hill, if you tip water onto the road, it flows ‘up’ the hill not downhill as gravity would normally do. Place a ball on the road and the same thing happens, it rolls up hill. If you are in a car, stop at the bottom of the hill, place the drive in neutral and it will slowly roll UP the hill,’ the website states.

The hill is not sign-posted and visitors are urged to not seek help from locals as ‘it’s a local secret not a tourist attraction.’

‘One of life’s little mysteries,’ the tourism website states.

Hanging Rock was made famous by Joan Lindsay novel Picnic at Hanging Rock, which tells an eerie story of a group of students and their teacher who vanish without a trace while on a school excursion there  in 1900.

Peter Weir turned it into an Australian cinema classic in 1975, which was rebooted into a Foxtel adaptation earlier this month. 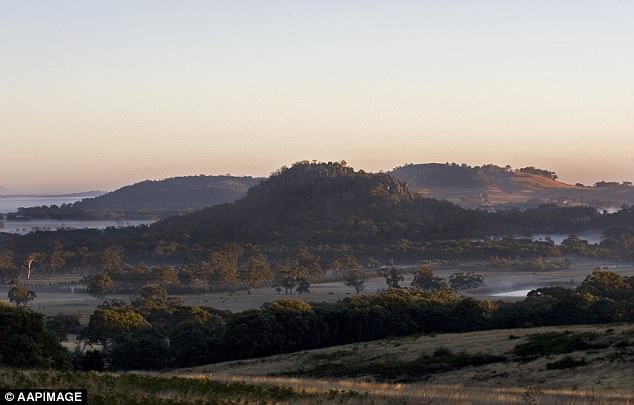