‘A great loss’: Social media tributes pour in after tragic death of Sisto Malaspina in Melbourne

Tributes continue to pour in following the tragic passing of cafe icon Sisto Malaspina on Friday.

The Pellegrini’s cafe owner in Melbourne’s Bourke St was stabbed to death around 4.20pm by terrorist Hassan Khalif Shire Ali.

Regulars, friends and staff rushed to pay their respects in person with flowers and cards or online via social media.

In what was a horrific scene, Malaspina, 74, initially ran outside to aid Khalif, believing the Somalian born attacker was involved in a car crash.

Mourners paying tribute outside Pellegrini’s cafe in Melbourne on Saturday 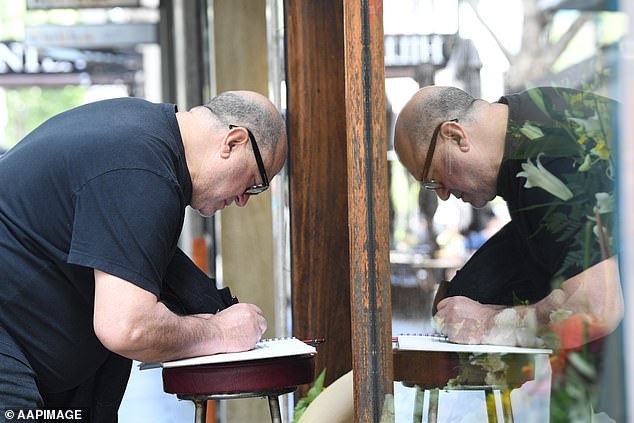 Melbourne residents were quick to pay tribute to Sisto Malaspina, who was stabbed to death on Friday by a terrorist 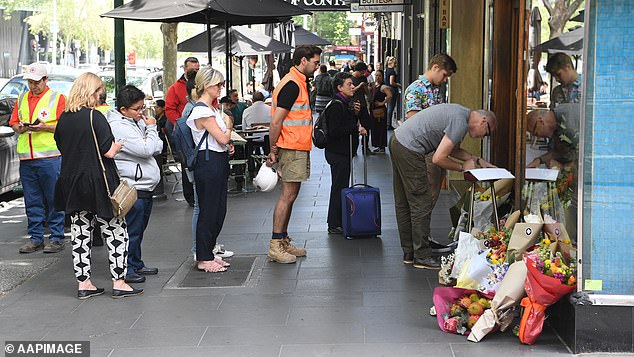 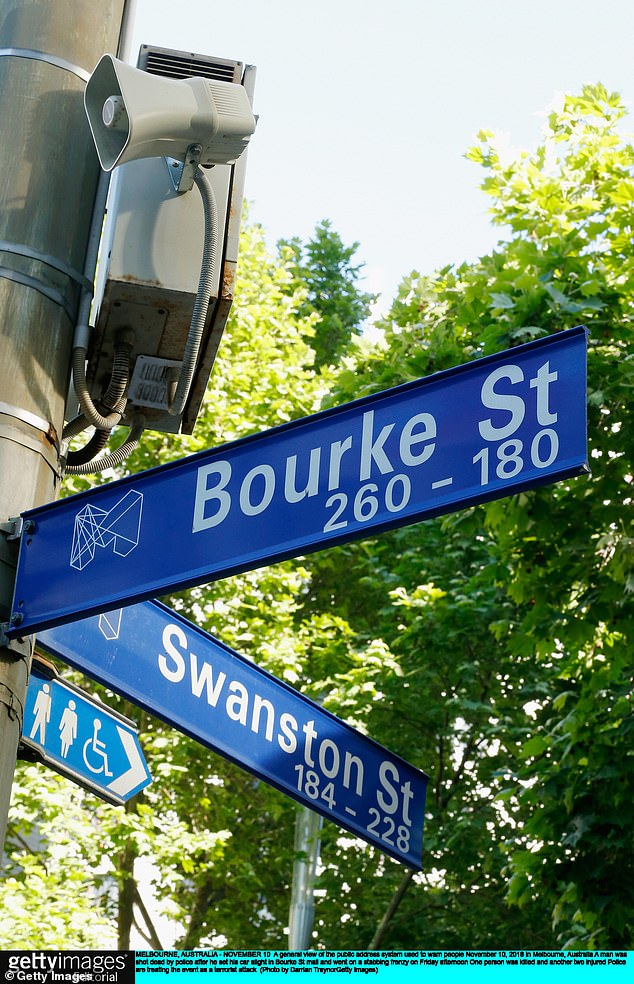 Bourke St in Melbourne’s CBD, the scene of the horrific terrorist attack on Friday afternoon

A frenzied Khalif attacked the elderly man, who died in the street next to a pool of his own blood.

Khalif went on to attack two more victims, who survived.

Twitter user Tony De Bolfo said Malaspina offered ‘Italy in a cup’, while another tweeted the elderly gentleman added to the ‘fabric of the city’ due to his cheerful persona.

A third described Malaspina as an ‘icon of Melbourne’ with Mary Sullivan stating his passing was a ‘tragedy for family, friends and Melbourne.’ 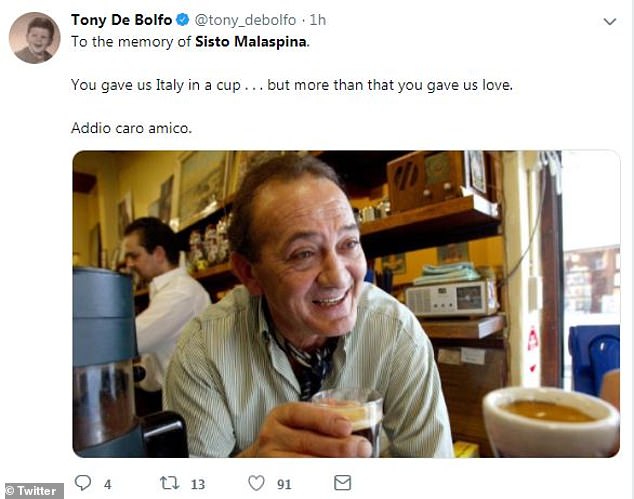 Mary Sullivan said Malaspina’s death was a ‘tragedy for his family, friends and Melbourne’

A sign on the door said the cafe would be closed until Monday, with police standing guard outside.

Mr Malaspina emigrated to Australia from Italy and took over Pellegrini’s Espresso Bar in 1976 with his business partner Nino Pangrazio and maintained its original 1954 decor.

The cafe, with its heritage-listed neon sign, became a popular haunt for urban professionals, tourists and even politicians like former Prime Minister Gough Whitlam.

Khalif died on the operating table at Royal Melbourne Hospital on Friday night within a few hours of being shot by a junior police officer.