A Greggs pasty appears to be hidden in Henry VIII painting

High street bakery Greggs has been a British favourite since 1939, but one diehard fan has claimed its famous pasties could have been a favourite as far back as the sixteenth century.

Twitter user Luke (@goopery), from Manchester, couldn’t resist tweeting the baker when he spotted something that that bore a striking resemblance to a Greggs Steak Bake in Hans Holbein’s iconic painting of Tudor king Henry VIII. 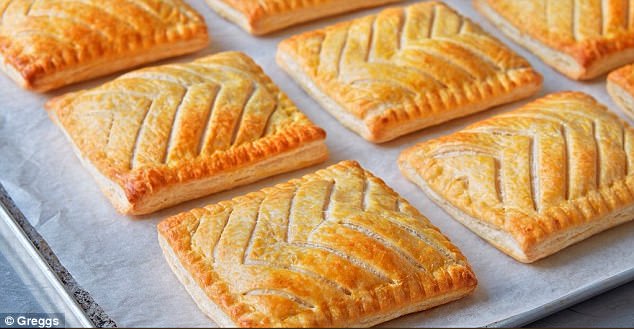 The zig zag lines of the monarch’s shoes look hilariously similar to pasties sold by Greggs, as noted by Twitter user Luke

After Greggs shared it to their page, it quickly received over 500 likes and retweets.

The bakers wrote they ‘losing [their] heads over this’ in reference to the monarch’s habit of beheading his queens.

However, many Twitter users pointed out that King Henry’s shoes were more reminiscent of a Cheese and Onion Bake than a Steak Bake.

The store marks the pasties with different lines to differentiate from the different fillings, and the Steak Bake actually has diagonal markings.

As many tweeted the account to point it out, Greggs insisted they had noticed the mistake.

The tweeted: ‘You’re right – not everyone knows their bakes!’ 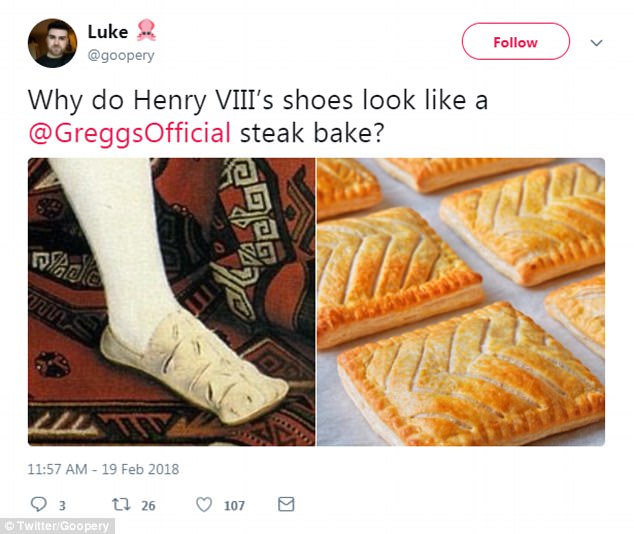 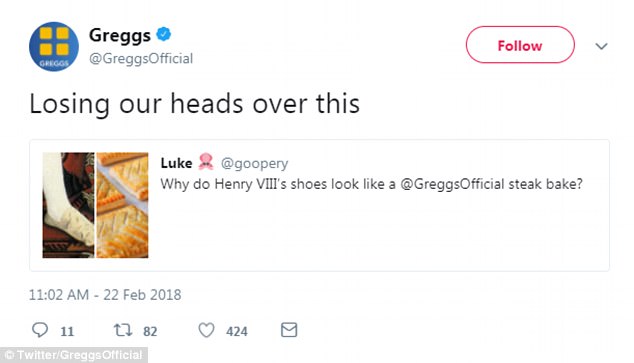 It was recently revealed that Greggs’ Sausage Rolls are sold a mind-boggling rate of nearly five every second, which is 145 million a year.

The brand achieved attention worldwide when they announced they were putting on romantic Valentine’s Day dinners in certain branches.

Couples were offered a £15 dinner for two comprised of their pastries and mini doughnuts for dessert.