The picture of innocence: A healthy two-week old baby is found abandoned at a Bangkok market in the middle of the night just days before Christmas, after his parents ‘had an argument’ earlier that evening

A two-week-old baby was rescued after he was abandoned on a closed market stall in Thailand following a suspected argument between his parents.

Residents in the Thawi Watthana district of Bangkok reported hearing an infant crying last Thursday evening at around 11pm.

The baby boy was then discovered wrapped in Mickey Mouse blankets on a table where traders, who had all gone home for the day, usually sell coconut water.

The baby, who is between 10 and 20 days old, was found last Thursday abandoned on a market table in Bangkok 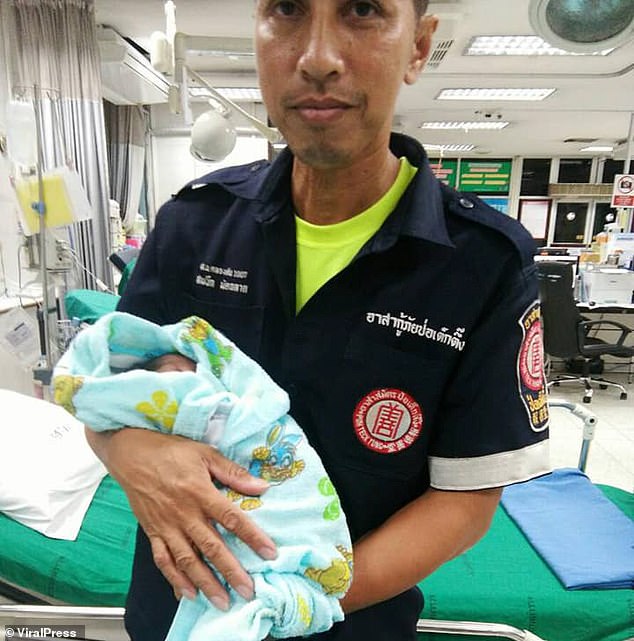 The emergency services treated the infant at the scene before he was taken to a nearby hospital where he was found to be healthy.

Rescue worker Rakkanna Nakanrak from the Por Teck Thung Foundation, which found the infant, said he was between 10 and 20 days old.

She said: ‘The baby was wrapped in blankets and was wearing a nappy. There were bags with him with bottles, blankets and lotion inside.

‘I’m not sure how long he had been there. Somebody had left him with all the belongings needed to take care of him.’

Police investigating the incident said witnesses said they saw a man and a woman carrying a baby who were arguing earlier in the evening.

The infant has been kept at a children’s hospital for Christmas where he is being looked after by nurses. If nobody comes forward, he’ll be placed in an orphanage. 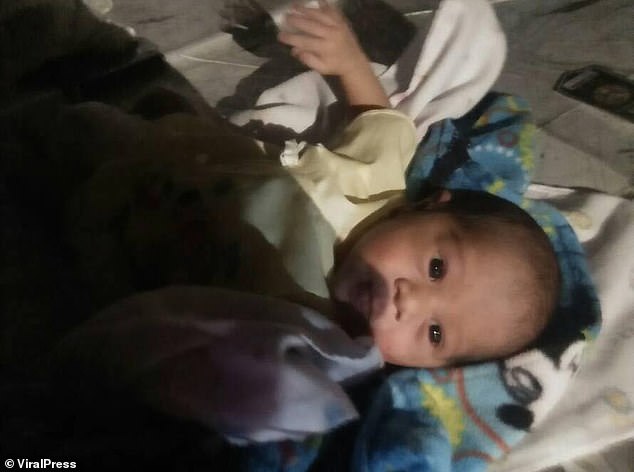 Witnesses reported seeing a man and a woman with a baby arguing earlier that evening, and an investigation is underway to locate the baby’s parents

A spokesman from the Phra Kanong district police station said: ‘It’s possible that the baby was left on the table because of a problem between the mother and father.

‘Witnesses said they saw a man and woman arguing earlier.

‘We are checking CCTV from the area to try to identify suspects. They will be prosecuted for leaving the baby. It’s very lucky that somebody found him.’