A helipad for Elton, oysters for Grace Jones: Backstage secrets of the festival fixers

They’re summer’s biggest events and they’re all masterminded by women. Natasha Wynarczyk finds out what it takes to turn a muddy field into a 24/7 mega-gig.

All the fun of the fairground at Camp Bestival

Suzanne Yeates is event and artist manager at the Henley Festival, Henley-on-Thames. 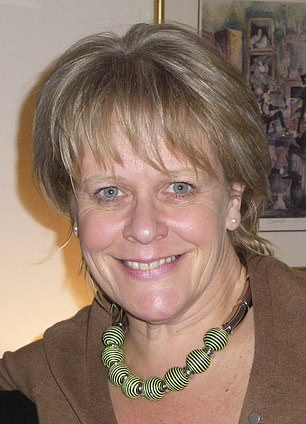 ‘I worked for the NHS for 15 years’: Suzanne Yeates

Henley used to be primarily a classical music event, but now pop acts have joined the line-up – this year features artists such as Rita Ora and Chic. The festival takes place right after the Henley Regatta ends, so we only have 36 hours to prepare. Luckily I work well under pressure.

I’d never set out to work in the festival industry – I trained as a speech therapist and worked for the NHS for 15 years. But when my family and I moved from London to Henley-on-Thames I applied for a job as the box-office manager at the festival and worked my way up the ladder. Now I’ve been a part of Henley for 24 years.

We will always try to accommodate artists’ requests, no matter how difficult. When Elton John performed in 2016 we had a helipad built on the river so that he could fly in. I also look after the artists’ riders [list of requirements] – we provided Elton with strawberries and a TV so that he could watch Wimbledon. A major part of my role is ensuring that the artists get to the site, whether it’s a solo act or a 77-piece orchestra.

My highlight so far has been Shirley Bassey’s 2016 performance. She was given a standing ovation every time she walked on. The afternoon she arrived was quite chilly and she hadn’t brought a jumper with her, so I went to a local shop to buy her a cheap woolly knit to wear during her sound check – she actually left the site that night wearing it. Lovely little moments like that make working at the Henley Festival so special.

Josie da Bank is creative director and producer at Camp Bestival and Bestival. This year both festivals will be held at Lulworth Estate in Dorset. 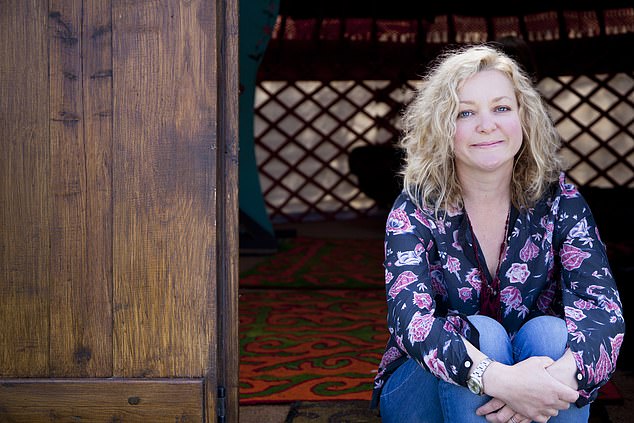 ‘We were the first festival to introduce boutique camping’: Josie da Bank

My husband [DJ Rob da Bank] and I launched Bestival in 2004 and the smaller, more family focused Camp Bestival in 2008. Ever since we met at university we’d loved going to music festivals together, so it felt natural for us to start our own.

Rob and I have different roles. As a woman I feel I’m more switched on to creating a comfortable experience for festival-goers. We were the first festival to introduce boutique camping. I also come up with ideas for what the large stages will look like, such as HMS Bestival – the stage that looks like a ship’s hull – or the Spaceport, a stage that incorporated a 20m-tall rocket for 2016’s ‘future’ theme. Rob tends to look after the artists and their riders.

My job is about creating wonderful moments

Grace Jones asks for Cristal champagne, an unopened bottle of Coco by Chanel and oysters from Colchester. I always wanted to get Prince to play and we came very close to booking him two years ago before he sadly passed away.

At Bestival 2014 we had the world’s largest disco ball. I worked on that installation with Chic guitarist Nile Rodgers, who has become a good family friend over the years. My job is about creating wonderful moments and the best part is when something I have made works really well. Last year I created the world’s biggest confetti cannon – seeing 50,000 people dancing underneath that to Annie Mac’s set on the opening Thursday night of the festival was amazing.

We have a fancy dress theme every year and I love it when the audience makes an effort. My favourite was a group dressed as Nice biscuits. This year’s theme is the circus, so I’m hoping for crazy costumes!

Sarah Nulty is the festival director at Tramlines, Sheffield. 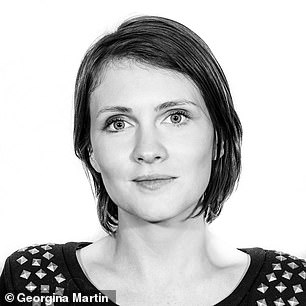 Tramlines began as a council-run free music festival. When the funding stopped I helped to commercialise it, with artists playing at venues across Sheffield. I’ve worked for Tramlines for ten years.

My job involves everything from logistics to marketing, but I’m used to multitasking. After uni I ran Sheffield venue The Harley, which meant juggling a range of jobs from bartending to working on reception.

Festivals are challenging: last year it rained constantly. It was touch and go whether headliners All Saints would be able to play, and when they came on there was barely a crowd. However, once they started people began flocking. Despite the wet, there was a real sense of camaraderie.

We’ve had some funny celeb moments. Once, an un-nameable singer ate two huge burgers before going on stage. During his set, his bodyguard wouldn’t let anybody use the backstage loos until he had left. We realised afterwards that the artist had blocked all the toilets!

When Public Enemy performed in 2014, Flavor Flav fancied a crew member’s Primark T-shirt and tried to leave before their gig to buy one. Luckily I caught him! It was the first time we’d put on an international act like that and it was incredible seeing the audience go wild for them.

This year, for the first time, Tramlines will be held at one venue, Hillsborough Park, which has a 40,000 capacity. It’s daunting, but I’m really looking forward to it. n Tramlines runs from 20-22 July; tramlines.org.uk

Tania Harrison is curator of the arts programme at Latitude festival, Southwold, Suffolk. 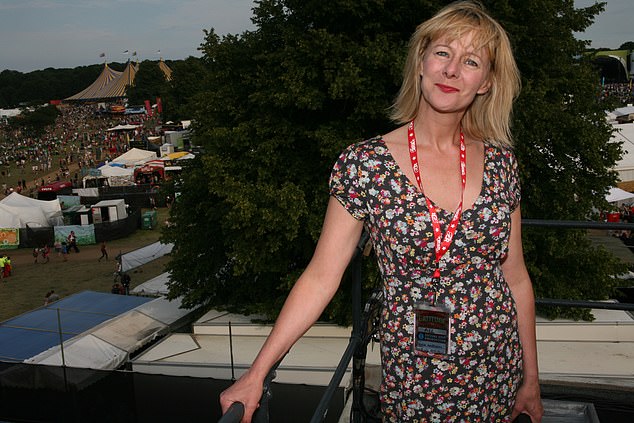 Latitude was launched in 2006 as a foil to the music-heavy festivals that dominated the scene at the time – the line-up includes as many theatre and comedy acts as bands.

At first people thought it was crazy to try to perform theatre in a field. However, London’s Royal Court got the idea and came to Latitude. It worked really well and showcased stars such as The Crown’s Matt Smith. Since then we’ve had the Royal Shakespeare Company, the National Theatre and English National Ballet, and we work hard to stage performances as close as possible to how you’d see them in a theatre.

Latitude broke the mould by staging so many female acts

I love spotting new talent – I think it’s one of Latitude’s strengths. In 2013 we had Phoebe Waller-Bridge previewing her award-winning show Fleabag – it was so new then that she was still reading it from a book.

I have 340 shows to book each year – the equivalent of 17 days’ worth of the arts to pack into one weekend. I’m constantly thinking about what to put on, scouting talent and watching shows.

Latitude has been called ‘the queen of arts festival’ and is often referred to as a female festival. This could be because it broke the mould of having male-fronted rock bands by staging so many female performers. 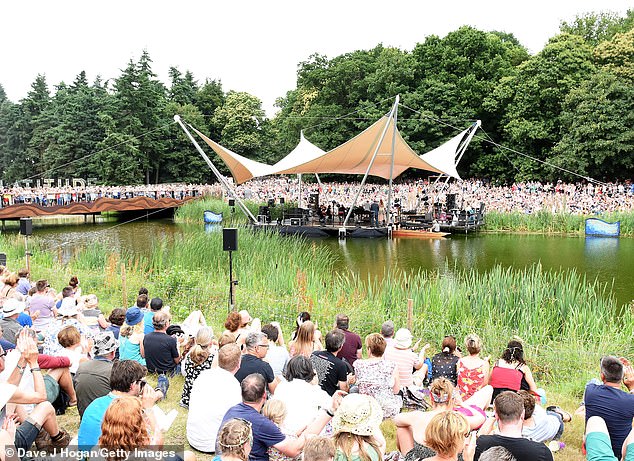 Soaking up the culture at Latitude’s Waterfront Stage

Singer and broadcaster Cerys Matthews is a co-founder of the Good Life Experience in Hawarden, Flintshire. 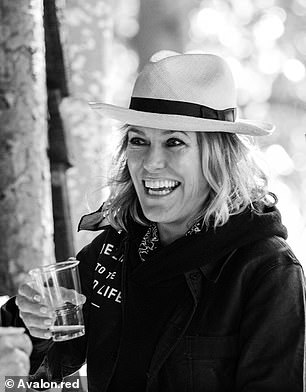 The festival started in 2014 with the aim of blending many aspects of life. It’s about trying out new experiences, whether it’s axe throwing or abseiling, alongside listening to talks and music. It’s not about getting wrecked or spotting celebrities – we don’t have a VIP area, that’s nonsense to me.

Our performers can be unknowns, what matters is that they are interesting. I saw a Senegalese kora player on the London Underground and asked him to perform at this year’s event. Our main stage is only 1,800 capacity, which makes for a more intimate experience. The first year we had the DJ Norman Jay and as soon as he put his first record on I realised I was watching a master.

It’s the simple things that make running the Good Life Experience so special. Such as seeing children climbing trees or watching people of all ages have their imaginations sparked by authors such as Michael Morpurgo. My favourite moment was seeing my 14-year-old daughter covered in mud telling me that she was having the best time ever, without having to take selfies for social media.

I’m a frustrated country girl living in the city and I think many urban dwellers like to escape for some fresh air, which is what is so fantastic about this festival.

MAKING IT ALL WIGHT ON THE NIGHT

Caroline Giddings is a director at the Isle of Wight Festival. 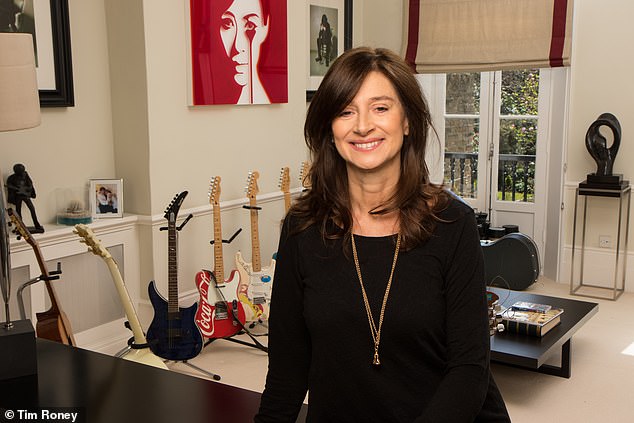 ‘In 2006 I left my job in the City to work full time with my husband’: Caroline Giddings

The Isle of Wight Festival was resurrected in 2002 by my husband John. It had been banned by an Act of Parliament after the 1970 festival, when 600,000 people descended on the island. I was a lawyer for the music company Live Nation and advised John on legalities around the act. In 2006 I left my job in the City to work full time with him.

I have my finger in every pie. From legal work my role has expanded to dealing with the police and local authority, marketing and PR, food and drink providers and artists’ contracts. It’s a year-round job – as soon as the festival ends we are planning the next one.

Mick Jagger’s duet with Amy Winehouse is hard to forget

Getting the Rolling Stones to play in 2007 was a real coup. It was their first UK festival performance since 1976. Mick Jagger asked Amy Winehouse, who had performed the night before, to duet with him. Walking past her dressing room hearing them rehearse ‘Ain’t Too Proud To Beg’ was unforgettable.

When Paul McCartney played in 2010, he broke his nail. Because he needed to play the guitar we had to find a beautician at the last minute to give him an acrylic nail. Being on a small island makes it harder to find certain things at short notice but we always try.

Artists say they love playing the Isle of Wight Festival, which is an amazing thing to hear when you’ve worked hard all year to put on a party. It’s more than just a job for us, it’s a passion.

The Isle of Wight Festival runs from 21-24 June; isleofwightfestival.com 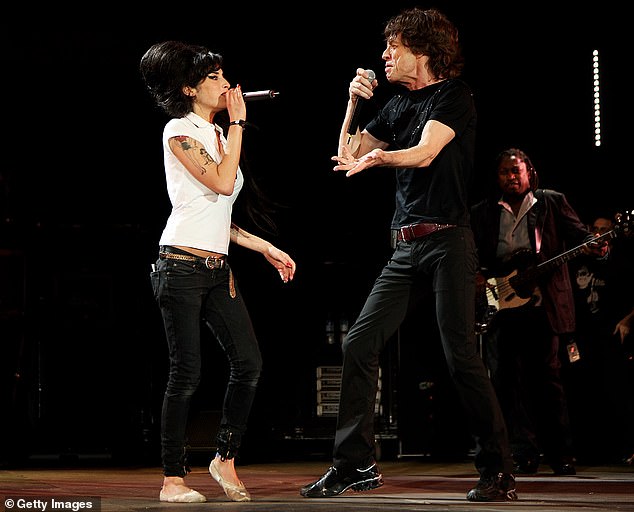 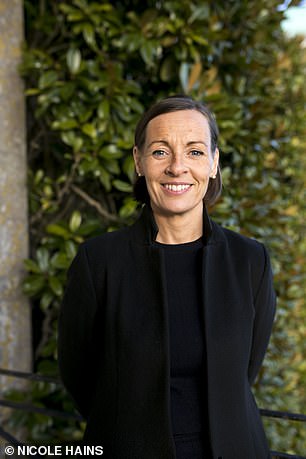 Goodwood has been running its Three Friday Nights events since 2011. They are unique in that they involve both horse racing and live music. We turn the parade ring into a massive dancefloor and the artists perform above it.

Goodwood hosts many events over the year but I have the best job. I organise a great party, come up with new concepts and book the artists. I’ve lived on the estate for 11 out of the 12 years I’ve worked here, though it doesn’t stop me running late!

Our very first performer was Boy George. I remember telling his agent that he could arrive from 4pm to enjoy Goodwood before his performance at 9.30. It got closer to his stage time and he hadn’t turned up. I had no number for him or a plan B so I was terrified. Thankfully, he arrived half an hour before going on stage. By this point there were thousands on the dancefloor and when he went on to that kind of reception I knew that the concept was going to work.

We offer artists the chance of some fun on the estate before their performances, and Basement Jaxx took us up on it. They tried everything from a ride in one of our Cessna planes to watching the racing. We had to send them for a nap before they went on stage as it tired them out so much.

I’m very excited to have booked Rudimental this year. They first played in 2013 and it sold out really quickly – I’ve never felt a buzz like that from an audience. That feeling of having nailed it is incredible.