Would YOU wear a badge to work during your period? Initiative at Japanese store is branded ‘all kinds of wrong’ by critics on social media

A store where female employees are encouraged to wear badges signalling when they’re having periods has provoked a mixed reaction.

Michi Kake in Osaka, Japan, wants to break the stigma surrounding menstruation by letting colleagues and customers know when it’s that time of the month.

According to Japanese publication WWD Japan, the badge represents a manga character named Seiri-chan – or Little Miss Period – which is a symbol of period in the country.

It’s provoked criticism on social media, with one commenter writing of the non-compulsory initiative: ‘It’s all kinds of wrong.

‘You can just imagine people saying she must in a bad mood because of PMS. Makes me sick to my stomach. Stupid move in 2019.’

Another wrote: ‘Any employer that asked me to wear a badge when I’m on my period would be getting sued.’

A new store dedicated to all things period in Osaka, Japan, encouraged its female staff to wear period badges

Women said they felt the initiative was a terrible idea, with some saying they’d try to sue their employers for making them wear such a badge

They include bedding, clothing, sanitary products, cosmetics for women going through ‘that time of the month.’

The store was co-founded with the help of cycle-tracking app Luna-Luna, which identifies the different stages of a woman’s period.

It opened to the public on November 22 and is divided in four categories of products which cater for each of these stages. 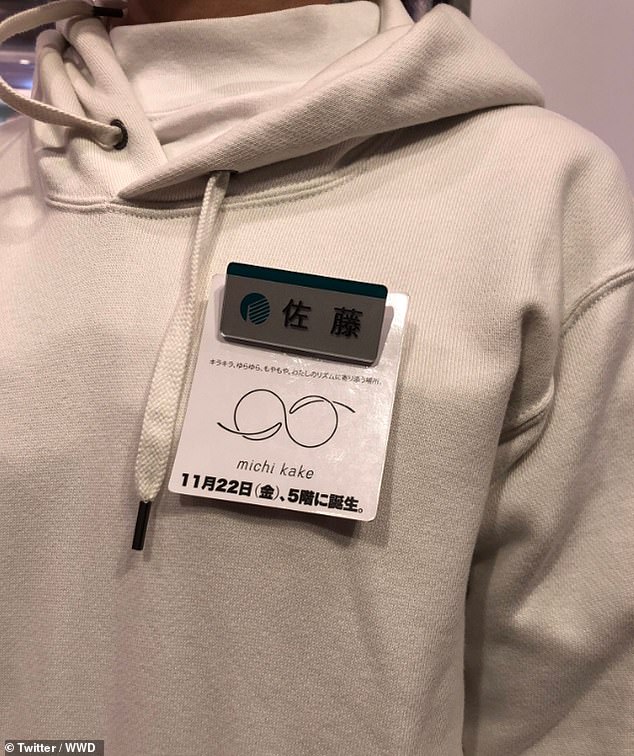 The period badge lays below the staffers’ name tag. Woman who are not on their period can turn the badge around (pictured)

The blue period section is intended for women currently on their period. Another section, named the glittering section, offers products for women whose period just ended.

The turbulence period is for women who are feeling irritable, and the gloomy period section caters to women whose period are on the way.

Takahiro Imazu, who manages the store, told WWD: ‘In Japan, there is a tendency for women’s sexuality and periods to be subjects “not to be mentioned.”‘ 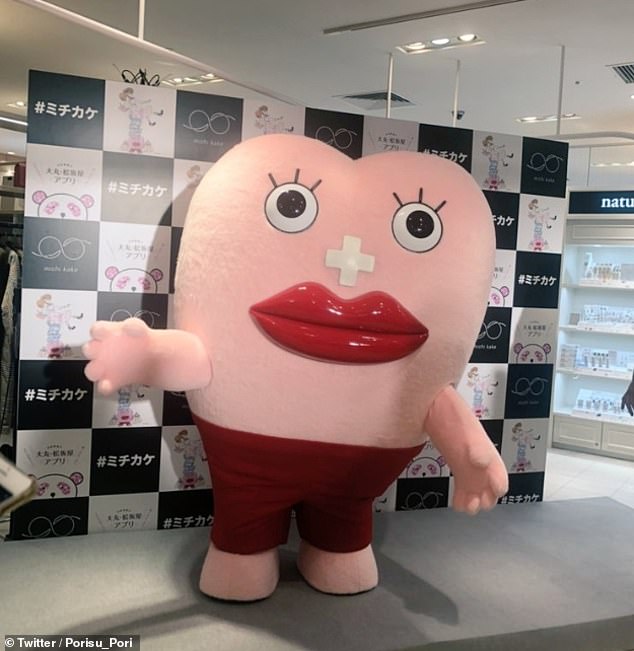 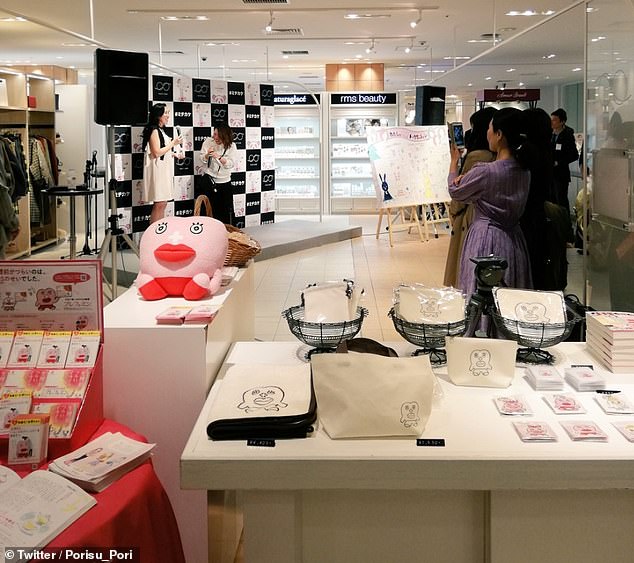 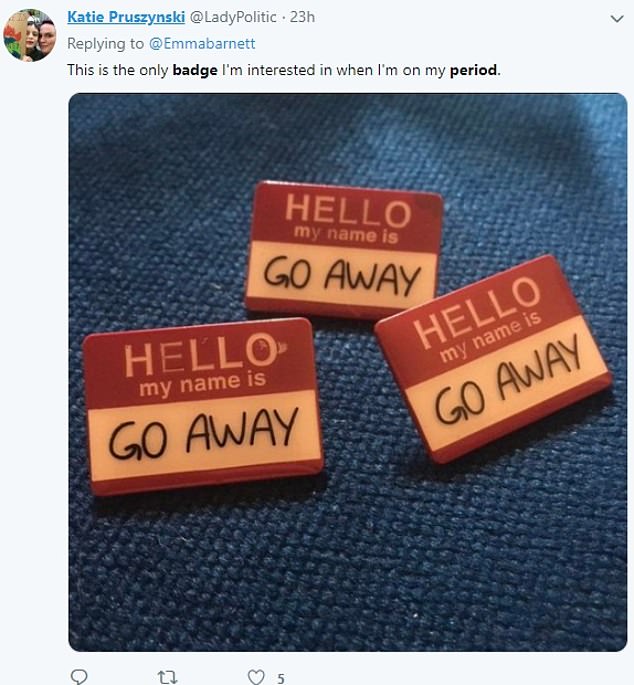 Women online slammed the store for its initiative, which they said was an invasion of privacy and problematic

But some people did not think a badge was the right way to go about it, with one writing: ‘End period stigma by having menstruating staff wear a period badge to announce they’re bleeding.

‘Seems like a perfectly sane and not at all terrible and stigmatising idea,’ another sarcastically said.

‘My period badge is my flawless “undead look”: eyes barely open, zero energy, and instead of a stimulating convo, all anyone gets from me is a grunt but said grunt gets upgraded to tolerant eye-contact if offered a decent cookie,’ another joked.

Takahiro Imazu acknowledged the shop could become the subject of a controversy.

‘Not all customers will react positively to [this shop], but the fem techboom is growing, and the values of young people are changing with it,’ she added.