A Landmark weekend in a presbytery on the Kent coast

A Landmark weekend on the Kent coast: Hiding away in a converted presbytery built by a Victorian legend

By Jenny Coad for the Daily Mail

Landmark Trust visitors’ books are nearly as interesting as the buildings they live in. They give you a flavour of the place in different seasons, recommendations for local suppers and a sense of those who have gone before you.

The one in St Edward’s Presbytery in Ramsgate even has titbits of scientific interest.

‘The glutinous snot-like organism that gets washed up in quantity among the seaweed on the beach is a bryozoan Alcyonidium gelatinosum,’ reads one entry.

Glorious ghosts of the past: St Edward’s Presbytery retains some of its Victorian features 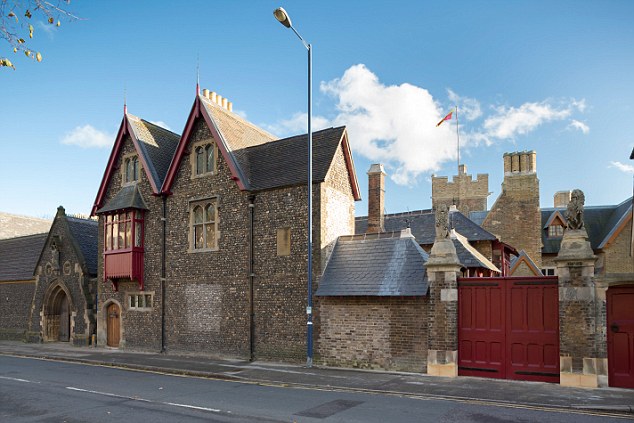 A remnant of the 19th century: The property is ideal for a weekend away on the Kent coast

St Edward’s, built in 1850, was the work of Augustus Welby Pugin (1812-52). Pugin also built the church next door, St Augustine’s, and the main, more elaborate house, The Grange, where he lived with his family. We have Pugin, known as ‘God’s architect’, to thank (along with Sir Charles Barry) for the Palace of Westminster.

St Edward’s has a medieval feel with arched windows, a fireplace engraved with ‘Pray and praise’ and lots of dark wood. But it’s cosy and the top-floor dorm room makes me feel I am in Enid Blyton’s Malory Towers.

St Edward’s was designed for a priest, but instead housed Pugin’s servants, then after his death, his wife. It became a boarding school, was requisitioned by the Army in World War II, then Ursuline canonesses moved in. 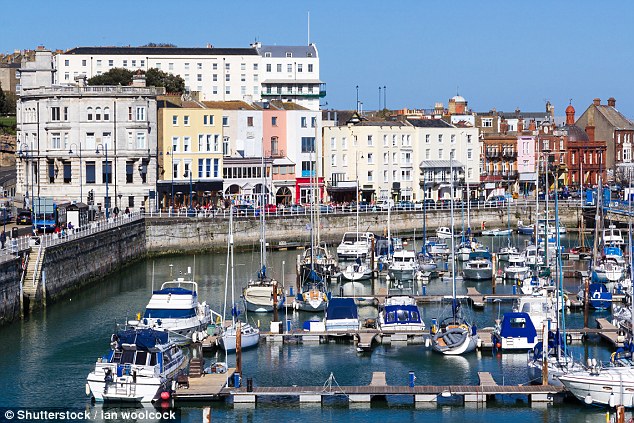 A pretty corner of the country: Ramsgate is one of the jewels of the Kent coastline

In the church next door there’s an exhibition of Pugin’s life and work as well as an effigy of the architect, beneath which he is buried. In his 40 years Pugin produced what took others a full lifetime. No wonder he was exhausted and confined to Bedlam before he died.

If the weather is bright and crisp and even, then walking from Ramsgate to Broadstairs is a joy, with big chalk boulders patterning the beach and cliffs rearing up alongside you. It’s even better if you’ve booked for lunch at Wyatt and Jones in Broadstairs.

Pugin loved Ramsgate because he adored the sea, declaring: ‘There’s nothing worth living for but Christian architecture and a boat.’