A look at the U.S. first abortion law spurred by the scandalous love affair

It was the titillating trial and salacious scandal of 1820s Connecticut that has ramifications that resonate today. A love affair between an older magnetic preacher and a young woman that led to pregnancy, botched attempts to end it and then a stillbirth – all amid a broken promise to marry.

The state wanted to throw the book at Ammi Rogers, a controversial reverend, but there were no laws banning abortion in 1820. Rogers, who spent the rest of his life proclaiming his innocence, was instead convicted of sexual assault and sentenced to two years in prison.

He impregnated 21-year-old Asenath Smith, the granddaughter of one of his congregants. When she fell pregnant, he first gave her a medicine to end the baby’s life but when that did not work, used a ‘tool’ to end the pregnancy.

Smith’s family ended up calling a doctor because she was in extreme pain. She delivered a still born not long afterwards.

The furor over the court case pushed Connecticut to pass the nation’s first abortion law the next year, in 1821. Other states followed suit and by the end of the 19th Century, 49 states had some type of law regulating abortion, with Kentucky passing legislation in 1910.

A through line can be drawn from that court case and subsequent legislation in 1821 to the landmark 1973 Supreme Court decision Roe v. Wade to the signing Wednesday of one of the nation’s most restrictive abortion laws in Alabama.

While the two laws are separated by nearly 200 years, their aim is the same: punish those that provide women with abortions. In the 1820s, a women, like Asenath Smith, Rogers’ lover, would have been given some sort of medicine to get rid of the pregnancy. Now, those who provide abortions could be sentenced anywhere from 10 years up to 99 years when the Alabama law takes effect.

In 1817, Reverend Ammi Rogers was called to minister to the bedside of a woman who was dying. He met her granddaughter Asenath Smith and they soon struck up a relationship. When Smith realized she was pregnant, she went to Rogers. He asked that she end the pregnancy before they marry, and after two botched attempts, Smith delivered a stillborn child and Rogers fled. Above, a look at Ammi Rogers’ memoir 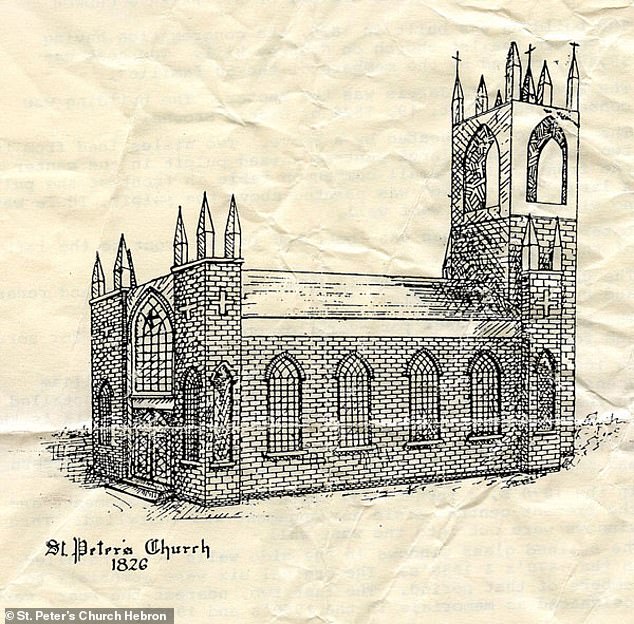 Ammi Rogers was a Episcopalian reverend that the church establishment in Connecticut tried to bar from preaching in the state. After Asenath Smith gave birth to a stillborn child, Rogers was arrested and put on trial in 1820. However, using medicines to induce abortions was not illegal at the time and he was convicted of sexual assault and sentenced to two years in prison. The next year, in 1821, Connecticut banned the abortion-inducing medicine and those who provided it would face prosecution. Above, a sketch of St. Peter’s Church in Connecticut where reportedly Rogers was a pastor

Ammi Rogers was a Yale-educated Episcopalian reverend. Others with the church tried to bar him from preaching in Connecticut, which he put down in his memoirs to the fact he publicly advocated for the separation of church and state. Rogers, however, refused to stop ministering. He was even sued several times but he won each case, according to The Day.

Despite being hindered and hampered by the establishment, Rogers was a well-liked preacher that people flocked to.

‘Just like there are ministers now in the contemporary world who have this huge popular following, and they dress well, and people, especially women, love them,’ Lolita Buckner Inniss, a law professor, told The Washington Post.

‘That’s who Ammi Rogers was.’

Rogers was married at one point but his wife died. After her death, he relocated to another part of the state, bringing his three children with him and becoming the ‘rector of four Connecticut churches that prospered,’ according to The Day article.

Reportedly Rogers was involved with several of his young congregants. After being called to the bedside to minister to a dying women, Rogers noticed her granddaughter, Asenath Smith, according to the Post article.

It was 1817, Rogers was almost 50 and Smith was likely 21-years-old. (Reports have different ages for Smith, some calling her a teen, and some mention that she was a seamstress.)

When Smith realized she was pregnant, she went to Rogers, who at first promised to marry her. However, he changed his mind, saying Smith had to end the pregnancy before they could get married, according to the trial transcripts, The Post reported.

There are other accounts that have Smith involved with another man as well at the time, and that she herself took things to end the pregnancy. According to the Post article, Rogers was the one who got her medicine to induce the abortion but it didn’t work, and she ‘continued to feel the fetus’s movements – known then as “quickening” – which generally starts in the fourth or fifth month of pregnancy.’

He next tried some of type of ‘tool,’ according to the article, to end the pregnancy but it didn’t work.

Meanwhile, Smith’s family called a doctor due to ‘intense pain and subsequently delivered a stillborn child,’ according to the Post article.

In 1820, Rogers was put on trial for what happened.

Inniss, a law professor, told The Post: ‘Rogers was such a huge social iconoclast that, as far as I can tell, that’s why they were prosecuting his case.’

However, the botched abortion attempts were not illegal, and Rogers was convicted of sexual assault and sentenced to two years in prison, according to the Post article.

After the trial, Connecticut passed a law that banned the use of medicines to induce abortions, and, in addition, those who provided the medicines would face prosecution.

The law was the ‘direct response’ to the sex scandal, Inniss told The Post. 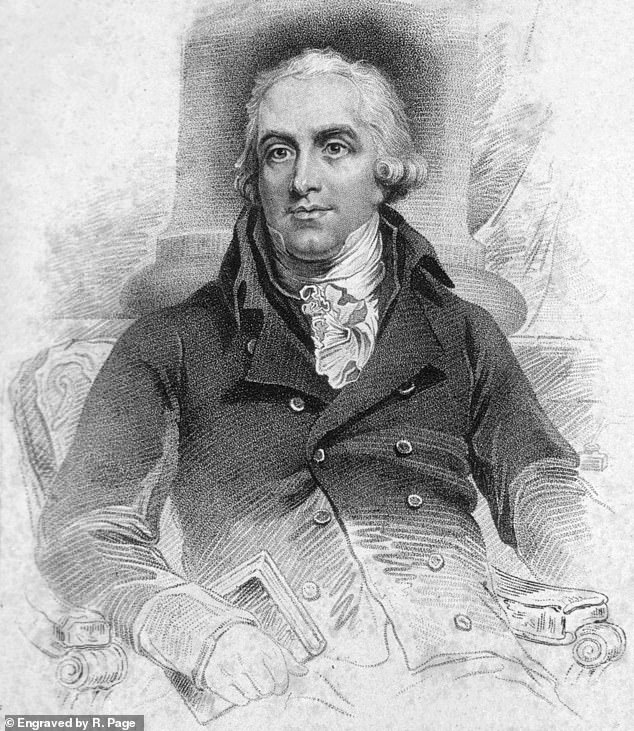 After Connecticut passed its law, other states quickly followed suit and by the end of the 19th Century, 49 states had some type of law regulating abortion, with Kentucky passing legislation in 1910. Above, an engraving of William Buchan, who wrote the book, ‘Domestic Medicine,’ which likely would have been in most homes during the 1820s and ‘included instructions to eliminate “obstructed menses” – a euphemism for early pregnancy, according to a Washington Post article 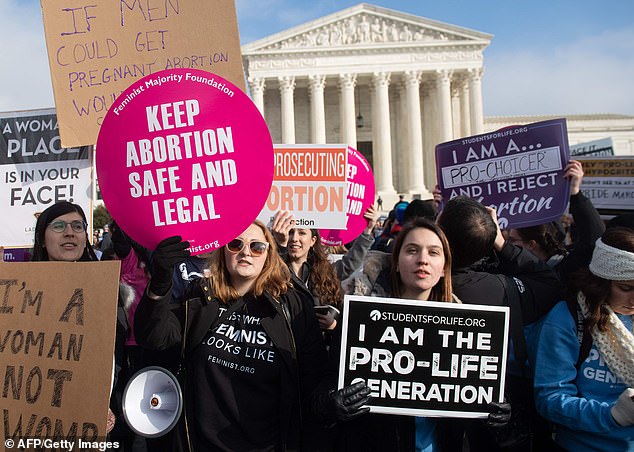 A through line can be drawn from that Ammi Rogers court case and subsequent Connecticut legislation in 1821 to the landmark 1973 Supreme Court decision Roe v. Wade to the signing Wednesday of one of the nation’s most restrictive abortion laws in Alabama. Above, protesters outside the Supreme Court earlier this year