He was found hanged in a Little League park, having apparently committed suicide ahead of his sentencing on child pornography charges in March that would see him serve at least four years in prison.

Salling, 27, starred for four seasons as Noah ‘Puck’ Puckerman and then continued as a recurring character for two more seasons before the series ended in 2015.

His death is the latest in a series of unhappy incidents that have afflicted some of those who became household names thanks to Glee.

It’s led some observers to whisper about there being a ‘curse’ associated with the Fox TV show.

Corey Monteith, who played the character of Finn Hudson, passed away at the height of the success of the high school musical series.

He and actress Lea Michele, who played Rachel Berry, mirrored their on-screen romance in real life and started dating in early 2012.

Corey had a history of substance abuse before being cast in Glee and on July 13, 2013, the Canadian actor died of a toxic combination of heroin and alcohol in a Vancouver hotel room. He was 31. 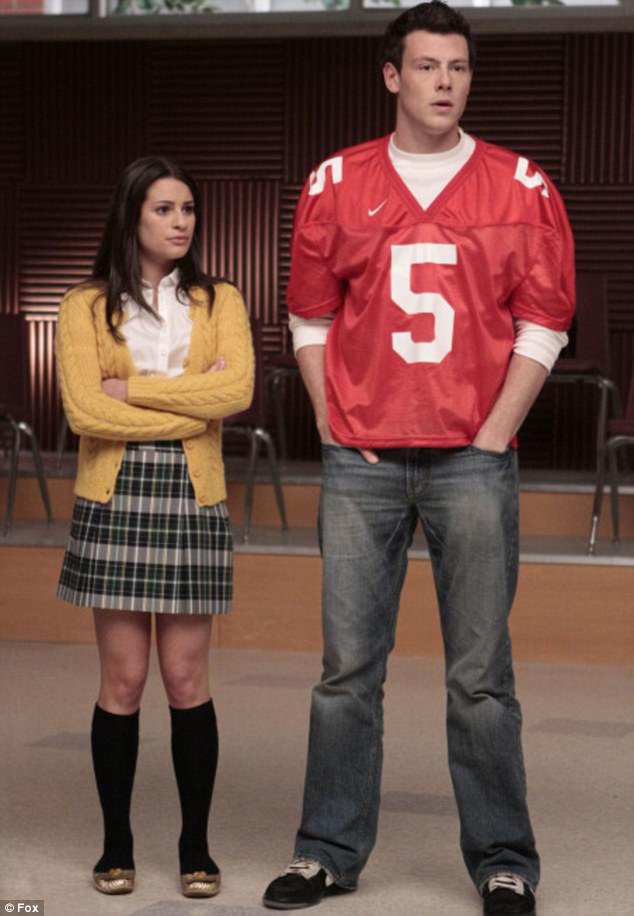 Corey Monteith, pictured with on-screen and off-screen love interest Lea Michele, had a history of substance abuse that predated his casting as Finn on Glee 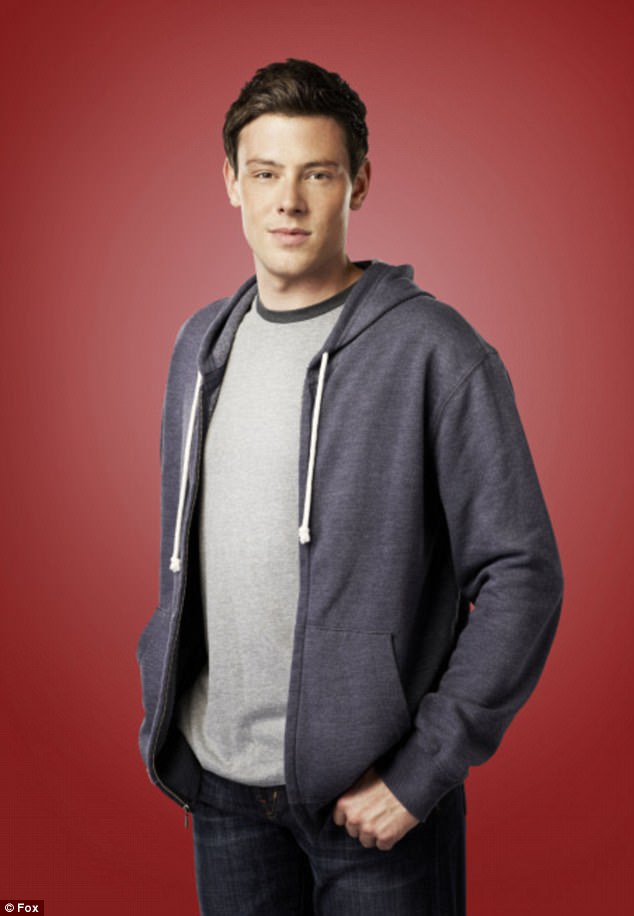 Corey was found dead age 31 in a Vancouver hotel room after ingesting a toxic combination of alcohol and heroin on July 13, 2013

Another original castmember Naya Rivera, who starred as Santana Lopez, has also struggled in her personal life.

She has revealed in her memoir that she had an abortion in 2010 after finding fame on Glee, having split from her boyfriend actor  Ryan Dorsey.

She went on to get engaged to rapper Big Sean but when that relationship ended she went back to Dorsey, marrying him in the summer of 2014. Their son Josey was born in September 2015.

Last Thanksgiving, Naya was arrested and charged with domestic battery after allegedly assaulting Ryan in an argument over their child while in West Virginia.

The charge was dropped earlier this month after Ryan told prosecutors he no longer wanted to proceed with the case. Naya filed for divorce in December. 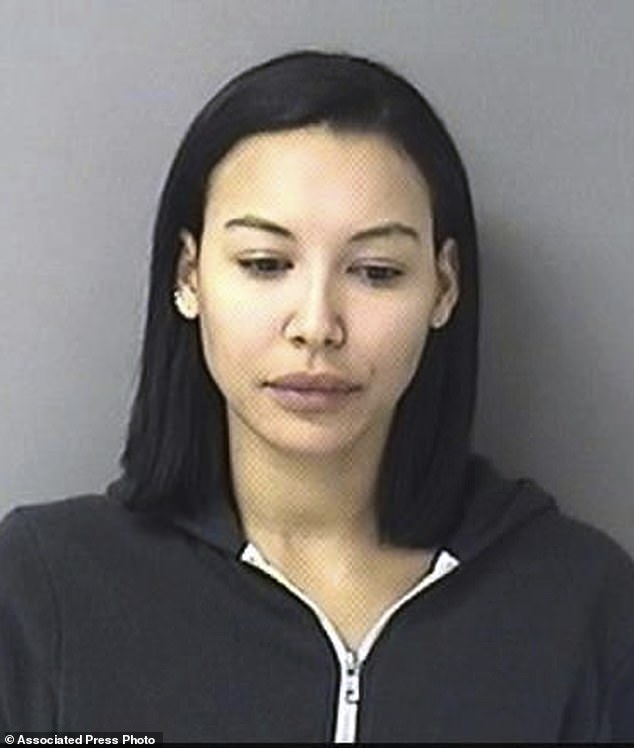 Naya Rivera, 31, was arrested last Thanksgiving and charged with domestic battery for an alleged assault on her husband Ryan Dorsey, the father of her two-year-old son 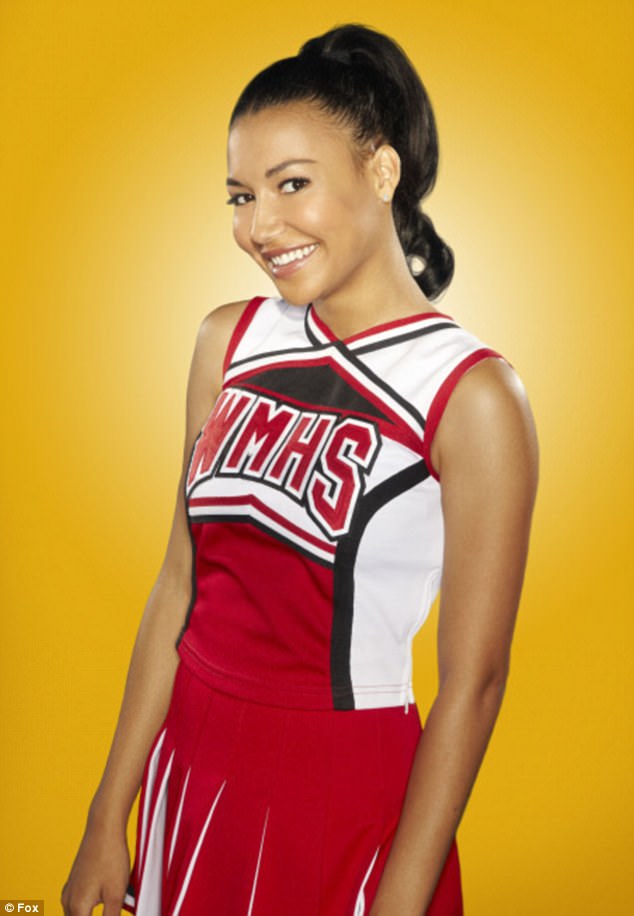 Naya played cheerleader Santana Lopez on Glee. She revealed in a memoir she had an abortion in 2010 as her fame started to grow

Season four castmember Becca Tobin also suffered a personal tragedy when her boyfriend, nightclub entrepreneur Matt Bendik was found dead in his Philadelphia hotel room in July 2014 at the age of 35.

Ryan Murphy, who co-created Glee with Brad Falchuk, has spoken in the past about the challenges his cast faced and his role in that.

‘I was there with them all day long, and then we’d finish work and we’d go out and have fun all night, and I guess in a weird, twisted way, I was trying to relive the childhood I never had,” Murphy told The Hollywood Reporter in October 2015. ‘I thought they wanted a parent, and they didn’t.’

He explained: ‘I wish I could go back and do that differently with a lot of those actors. Some of them I’m still very close to: Lea Michele, Chord Overstreet, Darren Criss — but there were some that didn’t work out well, and I regret that. I guess I just wish I had been able to let them figure it out for themselves.’ 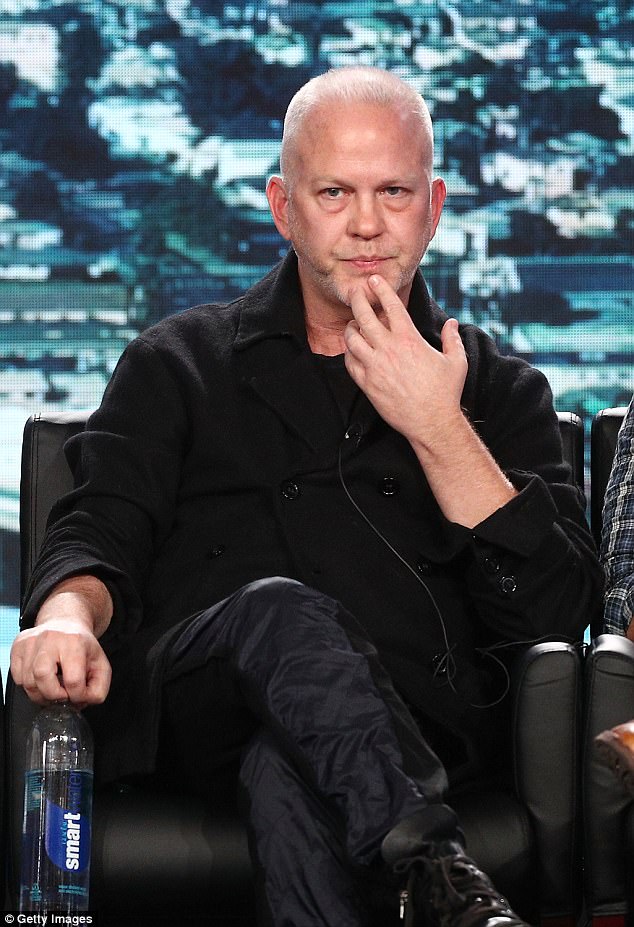 Glee co-creator Ryan Murphy has spoken in the past about the challenges his cast faced saying: ‘I wish I could go back and do that differently with a lot of those actors’