A love born from horror of Lockerbie

Seven-year-old Sonia Stratis was tucked up in bed one cold December night in 1988 when she heard the doorbell ring. It was a few days before Christmas and the little girl was excited. Her father was due home from an overseas business trip and outside, snow was falling.

Yet it was not her father at the door but two of her mother’s cousins, one of whom was the chief of police in their small New Jersey town of Montvale. A plane had crashed thousands of miles away in Scotland. Sonia’s father was on the flight.

‘My siblings and I were called downstairs and I remember sitting at my mother’s feet and being told that my father wasn’t coming home,’ she recalls.

‘I was confused at the time and thought that he was just not going to be able to make it home for Christmas. Over time it slowly sank in that he wasn’t coming home at all.’

Today, 30 years after her father Elia Stratis was killed in the terrorist bombing of Pan Am Flight 103 over Lockerbie, Sonia and her husband Chris Tedeschi will take their three young children to the Lockerbie memorial at Arlington Cemetery in Virginia.

Sonia Stratis, husband Chris, and their children Giovanni, Lucian, Joshua. The boys all have Greek middle names in honour of their grandfather Elia Stratis who died in Lockerbie

Every year the family make the trip, one made particularly poignant on the 30th anniversary by the fact that their eldest son Joshua is now seven, the same age Sonia was when she lost her father.

But what makes their visit even more remarkable is that the family are there to remember not just one victim of the Lockerbie bombing, but two.

Sonia and her husband Chris were brought together by the disaster. Sonia lost her father, Chris’s stepmother lost her husband. Ten years ago they met at a memorial dinner for families of the victims, fell in love and married.

That their joy has come through such shared heartbreak and grief has proved bittersweet for them both. ‘Two men died in order for Chris and myself to know each other and come together,’ says Sonia.

‘A few years ago I remember talking to my mother, through many tears, about how she lost her husband in order for me to meet mine. I grieved for her loss in a new way with that realisation. But I am still so thankful for the three full little lives that have come from this loss.’ 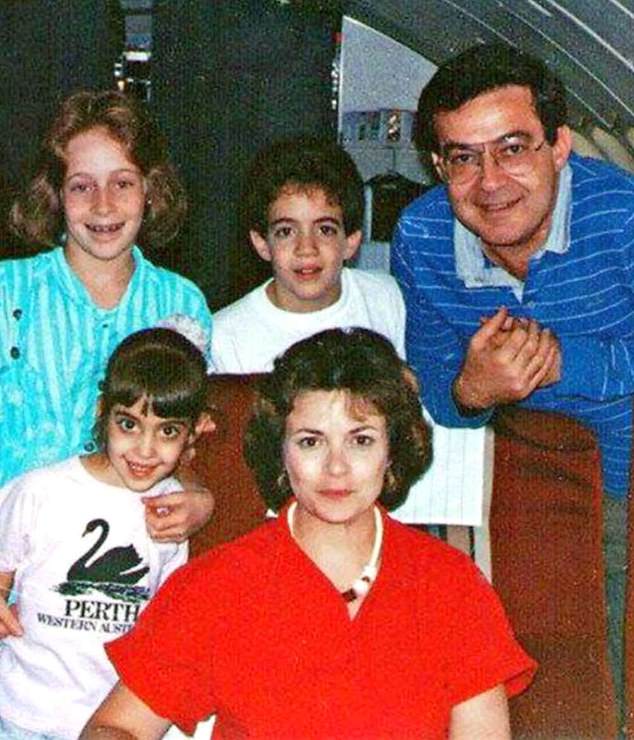 Daily life, says Sonia, is a chaotic hotchpotch of ‘diapers and snacks and runny noses’, as well as school runs, children’s parties and bundling up in jackets and hats for snow days.

But memories of the father she lost at such a young age are never far away.

‘I often wonder how our relationship would have looked in this stage of life,’ she says.

‘He was generous to his core. People from every corner of the globe were welcomed into our home. He was great at making people laugh and often played pranks on his friends. My dad was kind and fun. I’m sure he would have loved being Papou [Greek for grandfather] to my boys, and would no doubt focus their immeasurable energy towards sports.’

Instead, her older sons now recognise his picture, and all three have Greek middle names to honour their grandfather’s heritage. They also understand that he and many others died because some bad men did an evil thing, although Sonia says she always tries to keep the conversation ‘age appropriate’.

‘I miss my dad all the time,’ she says. ‘I definitely miss him on the big family occasions, but also during the times when I know he would have been great to call up for some advice.

‘I’m so thankful to have the fount of wisdom my mother is, but I definitely wish I could call my dad for some input too. Especially when it comes to raising our sons.’

Elia Stratis was a forensic accountant who travelled widely, often taking his family with him on exotic holidays. In December 1988 he had been on a business trip to the Netherlands and had been due to fly home on the 22nd. But keen to get back for the traditional family Christmas party, he checked out of his hotel a day early and on the afternoon of December 21, boarded Pan Am Flight 103 to New York.

When his wife, Mary Kay, heard the first reports on the radio about a plane being downed, it didn’t even occur to her that her husband might be on board. It was only hours later that the family realised the truth.

‘My mother didn’t really expose us to the news coverage at the time. She acted as a wise filter for us, even as she was dealing with her own grief,’ says Sonia.

‘She tried to keep our lives as normal in other respects as possible. We were already active in school and sports and other activities, so she encouraged us to maintain and excel in whatever we were already doing or had a desire to try.

‘We were kept somewhat informed about everything, but within reason for our ages. By the time the terrorists were brought to trial I was in college, so at that point I did follow the case.’

Sonia and Chris first met at a memorial dinner for families of victims on the 20th anniversary of the bombing, which killed 270 people in total, including 11 on the ground. 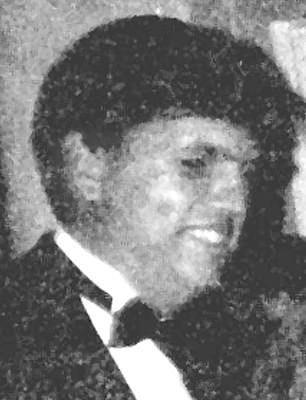 Sonia’s husband Chris was raised with a stepmother and three step-siblings who had been deeply affected by the tragedy: his step-mother’s first husband William Daniels died in the crash

Chris’s father Russ had married Kathy Daniels, whose husband William had been killed at Lockerbie, when Chris was in his early teens.

Raised with a stepmother and three step-siblings who had been deeply affected by the tragedy, Chris understood the grief that comes with losing a loved one in a terrorist attack, and like many of the US victims’ relatives, the two families had become close.

Yet until that night, Chris and Sonia had never met. Chris says there was an ‘instant chemistry’. Sonia says he made her laugh, and that his jokes ‘made me happy during what was usually a serious time’.

‘I had known his stepfamily for years. We spent time talking that night along with his stepbrother and another fellow who had lost his father on the flight. After that we started talking on the phone.’

Trips between Boston and New York where the two lived followed, and they quickly fell in love.

‘Chris knew how to deal with my pain over Lockerbie because he had grown up with people affected by it,’ says Sonia.

‘I felt safe sharing that side of me. I didn’t feel like I was going to be judged. Other people in my life – both friends and boyfriends – have said things like, ‘Why can’t you get over this?’ A lot of people just don’t know what to say, so they say the wrong things.’

The couple were engaged less than 18 months later. Their wedding, in August 2010, coincided with the first anniversary of the release of Abdelbaset Ali Mohmed Al Megrahi from prison, a decision by the Scottish Government which many of the US victims’ families vehemently disagreed with, including Sonia’s mother, who stated that the relatives ‘felt betrayed’.

None of it marred the couple’s special day, however. Sonia walked down the aisle on her mother’s arm holding a bouquet with her father’s picture, so that he could be with her. ‘I obviously missed my daddy walking me down the aisle and dancing with me, but my mother and I also have a special bond and we found a way to make it special for us while honouring my father,’ she says.

More than two dozen of the victims’ relatives attended the wedding. Even President Barack Obama sent the couple a message of good luck, saying: ‘Though the pain of your shared loss brought you together, your wedding marks a new beginning and the start of a lifelong partnership.’

Their union touched a nerve both with the families of the victims and with many other Americans, still reeling from the 9/11 attacks less than a decade earlier. 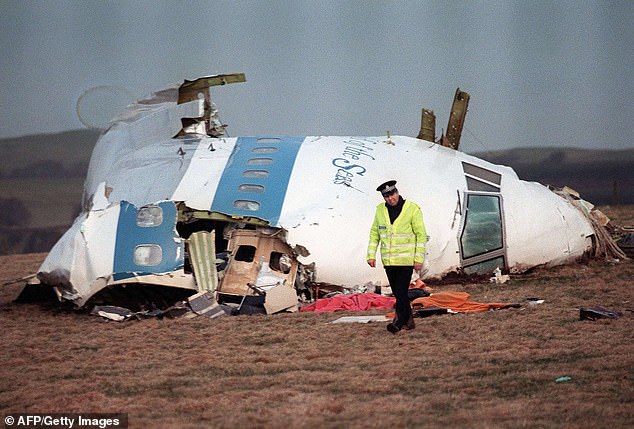 A picture taken in Lockerbie on December 22, 1988, shows the wreckage of Pan Am flight 103 aircraft that exploded killing all 259 people aboard and 11 on the ground. Scottish prosecutors on October 15, 2015 said they had identified two new Libyan suspects in the bombing

Sonia says that far from providing conflict, the disaster that brought them together has also brought them closer as a couple.

‘Coming through a tragedy like this has forever marked our lives and our marriage. Sure, there are the deep scars, but there is also for us a grounding in knowing that good can come out of evil,’ she says.

‘So no matter how hard something can be in life or marriage, we are grounded in the truth that good can come from bad, life can come from death, hope can come out of hopelessness.’

It was something that particularly resonated when her eldest son Joshua turned seven last month. ‘He is now the age I was when I lost my dad,’ she says.

‘In a way, it helps me to see myself in a new light. I realise seven is an age when you have a foundation of self and many formed memories, but also so much of life you’ve not experienced yet. I’m so thankful that Joshua has not experienced the loss I did at his age, and in a way he gets to retain a bit more innocence than I did when evil forced its way into my life and took my daddy.’

In common with many relatives of the US victims, the Stratis family felt that justice had been done when Megrahi was convicted.

In 2015, Sonia’s mother Mary Kay, who is chairman of the board of the US group Victims of Pan Am Flight 103, released a strongly worded statement regarding an appeal of the Libyan’s conviction, which is currently being considered by the Scottish Criminal Cases Review Commission and is backed by Dr Jim Swire, who lost his daughter Flora at Lockerbie and has been a vocal supporter of Megrahi.

‘While it will never really be ‘over’, she wrote, ‘it is past time for Dr Swire and the Megrahi supporters to end their disgraceful and expensive campaign.’

Sonia is slightly more reticent about the review, which is expected to take several years.

‘Above all I believe in truth and justice. Do I think that the whole truth has been brought to light? No. I do feel that the evidence presented in court was fairly compelling, but I definitely don’t believe that’s all there is to what happened.

‘I hope that more can be uncovered and brought to light.’

Sonia and her mother have visited Lockerbie several times, and when the boys are older she plans to bring them to Scotland too. ‘The few times I’ve been, it’s felt like going home in a way,’ she says. ‘I’d love to share that feeling with my boys.

‘I can’t wait to show them the beauty that is there, both in the setting, but also in the beautiful, kind, welcoming, comforting people.’

At last year’s memorial service at Arlington, watching others lay flowers, Joshua collected some leaves and placed them by the name of the grandfather he never met. Then he found some more and placed them at Bill Daniels’s name.

It was a touching tribute from a little boy whose family was created out of unfathomable tragedy – the legacy of which is now bringing hope.